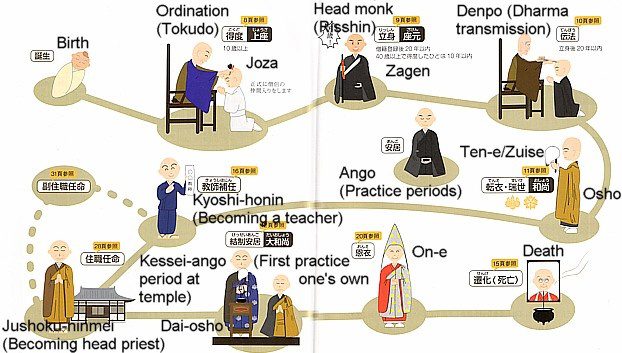 The good folk at the Sotoshu (the official Japanese denomination of Soto Zen Buddhists) have been developing a very good web presence. For instance this delightful collection of manga containing comic book versions of the life of Shakyamuni, the founder of Buddhism, Bodhidharma, the mythic founder of Zen in China, Dogen, who brought Soto to Japan and became one of the great theoretical writers of Zen’s core teachings, and Keizan, often called the “second” founder of Soto Zen in Japan, who reached out to the people and set in motion the spread of Soto throughout Japan.

September 4, 2018
The Bishop Was a Pacifist: Recalling Paul Jones, Bishop to the Universe
Next Post

September 6, 2018 Recalling American Zen Pioneer Roshi Issan Dorsey
Recent Comments
0 | Leave a Comment
"long live Theo-poetics! and universalism! and so on and so forth!"
Roger Butts That New Universalism: A Smallest Meditation ..."
"Thank you, James. You explained prayer to me as a way even I could accept. ..."
Ohyetwetrust A Meditation on What My Grandmother ..."
"This reminds me of the story about a priest holding a candle doing a one ..."
Catherine A Meditation on What My Grandmother ..."
"Fun talk. Here's my translation of the case:Raised: Guishan asked Yangshan, “Suddenly there is a ..."
Gregory Wonderwheel Book of Equanimity Case 37
Browse Our Archives
get the latest from
Monkey Mind
Sign up for our newsletter
POPULAR AT PATHEOS Buddhist
1