Zen Practice for Everyone 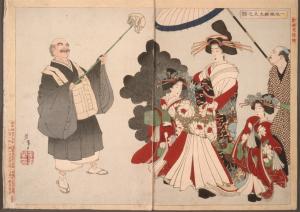 ZEN PRACTICE FOR EVERYONE

(Just finished this for our Empty Moon Zen Network website. It occurred to me its a reflection that might be of interest to folk beyond those interested specifically in our community.)

I am a Zen priest. More specifically I am a Soto Zen Buddhist priest. There are many more aspects to who I am, but that priest thing is very important.

And, I constantly think about dis-robing, stopping being a priest. There are many reasons for this. But, foremost among them is my deep encounter with Zen in the West and how it has proven there is no need to ordain in order to plumb the depths of the way. Elsewhere we explore why ordaining. Here I want to explore, just a little, what Zen can be without ordination. And how that is so important.

Ever since Zen emerged as a coherent tradition in the Tang dynasty, that period between the seventh and tenth centuries of our common era, only relative handfuls of Zen people ordained. The vast majority could probably best be described as “believers.” They heard the teachings as lectures and attended rituals for various purposes along the cycles of life and death for individuals, families, and the good of the state.

A few with leisure time, mostly of the public official class would dabble and on occasion move deeply into Zen’s meditation practices along with study of the arcane teachings. But, the vast majority found it sufficient to support the “professionals” with an eye to accumulating sufficient good karma to make this life better and the next even more so. This continued to be true as Zen moved from China to Korea and Japan and Vietnam.

And then Zen came West.

Zen in the West has birthed something completely new. While there are monks and priests who practice Zen, as I said, I am one of the priests; most people do not ordain. Oh, they may “take” or “receive” the precepts, formally becoming a Buddhist. And there are historic reasons this is often called “lay ordination,” and indeed some have thought that actually meant ordination of some sort. But, in fact, it is not. The rite is more about confirming one’s faith and the rough analog in Christianity would be that confirmation rite.

There are Zen communities in Hawaii and clinging to the West coast of America in the Soto tradition where it is possible to be a believer, a member of a congregation, who benefits from a church-like community. However, these mostly support Japanese immigrants, their children, and their grand-children, and only the occasional convert.

What most people looking for Zen are going to encounter is a “Zen center.” The term originated in San Francisco among the students of the Japanese Soto Zen missionary Shunryu Suzuki Roshi. And it is appropriate that a new term arose. Because a new style also emerged.

In most Zen centers in the West the vast majority of practitioners are lay people. I would hazard there are two levels of participation. If one doesn’t hold the distinctions too tightly.

Let’s call the first, “Openers of the way.” Here the commitment is light. Perhaps so light to use the word commitment is an exaggeration. One learns the rudiments of Zen meditation. Often the only time one mediates is when at the center. Perhaps one participates in a class or lecture. One may even be active in another spiritual tradition. There is a universalist thread in Zen Buddhism especially prominent in the West where followers of other traditions are seen as fellow travelers, and that Zen’s disciplines can be adapted to many different needs.

One may participate at this level for as long as one wishes. There are many reasons this might be one’s best option for a life time. Family concerns. Work. Those other spiritual obligations. Life is messy, and there should be no judgement. This “light” connection can bring forth good fruit.

But, then there’s the second, let’s say “Followers of the way.”

Here people find their practice becomes more regular. For it to be most fruitful the majority of people discover the disciplines of seated Zen meditation should be a near daily occurrence. If one is near a full-service Zen center or temple it is possible to join in practice with the center’s schedule. More likely one is going to be at best near a center or temple where communal practice is only offered once or twice or three times a week. Here the brunt of maintaining the discipline falls on the practitioner. The center provides a “super-charge,” an anchor for one’s practice, but the individual carries the brunt of responsibility for maintaining, for sustaining.

Here the classes and lectures become more important. The serious follower also studies, reads, maybe finds an online class or opportunities for directed study at a local college. Perhaps eventually that taking or receiving of the precepts, maybe even establishing a relationship with a spiritual director within the tradition, committing to the broader outline of a whole spiritual life.

And, what we’ve seen in the near hundred years that Zen has been spreading across the West is that this is enough. One can and often does grow into depth, living a life of purpose, and meeting death with wisdom and even grace.

This new lay way is something wonderful. It is so wonderful I sometimes think it better to take off the robe and just grow ever more deeply into it. However while my calling is into the mysteries of ordination, the reality is that is a minority report. The great way for us in the West for the vast majority of us is going to be a lay path.

And so of course in time some lay practitioners will become spiritual counselors themselves. Usually the path is more informal than with ordination, where one takes on vows of commitment, along with requirements that keep it all moving. And so given the natural course of our lives it usually takes more time for a lay person to manifest as a teacher. Should that happen. The call for all of us, lay and priest is into the mysteries of our lives. Teaching is a special calling out, a response to certain inclinations and then training. But, lay teachers do emerge. And they are just as deep, sometimes more so than their clerical companions. Nothing like dealing with the illness of a child, or earning a living to support one’s family in hard times, to find one’s heart brought to the center of the great matter.

Within the community I serve we fully embrace lay practice as full Zen practice. And we seal that by acknowledging when it is right with the ancient rite of Dharma transmission. We never call it lay transmission. Because it is no different than transmission given to a priest.

Rather the flame of the lamp passes from one human heart to another. And together we are a beacon of hope for this world.

Amazingly, just as we are…

All this said, how do we engage? Here I suggest three gates. Plus one.

Here we are invited into the contours of reality. And we engage whatever presents. The Zen center is a wonderful place to practice the way together with others. And it reveals how what appears to be such a solitary practice ends up flowering most obviously when done with others. If you can only come one a day a week, do it. There will be fruit. But if you can weave it into the routines of your daily life, and make it a part of each day, all the better. The koan part really requires working with a spiritual director.

The second gate: Study. Here we take advantage of the wisdom of those who have gone before. If you’re going to read one book, perhaps Taking the Path of Zen is that book. There are others. My own Introduction to Zen Koans, while giving most attention to that ancient discipline situates it within the larger world of practice, and in particular focuses on just sitting as both the beginning and the culmination of our discipline. Here is a pretty good list of books to read.

The third gate: Community. This practice requires so much of us, and we quickly discover we need help. The Buddha himself tells us this.

One day while walking quietly together, out of the silence the Buddha’s attendant Ananda declared, “Teacher, to have companions and comrades on the great way is so amazing! I have come to realize that friendship is fully half of an authentic spiritual life. They proceeded along quietly for a while more, before out of that silence the Holy One responded. “No, dear one. Without companions and comrades, no one can live into the deep, finding the true harmonies of life, to achieve authentic wisdom. To say it simply, friendship is the whole of the spiritual life.”

So, join in. Volunteer to help out. And, when the time feels right consider becoming a member.

I suggest it might be important to find a way to live into the broader community. Perhaps its involving yourself in the political mess of our lives, engagement with injustices, of which there are so many, or the ecological crisis. Volunteer at a soup kitchen. Where does your insight lead your heart to reach out? Small or large. Some reaching out is important.

And that Plus one. We also need guides along the way. Our practice is the anchor, study points out some of where to look, and community rubs away the rough edges and points toward who and what we might be. Also the Zen tradition offers a path of teachers, guides, coaches. When engaged correctly the teacher is not some super human or guru, but rather simply a fellow traveler, someone who has walked a bit farther down the road, and perhaps can help avoid some of the many, many traps. And when they’re fallen into anyway, to help get out them, or, when all else fails, to be a companion there.

May 9, 2019
The Anaheim Zen Sangha Begins to Sink Some Roots
Next Post

May 12, 2019 What Is Zen? Really?
Recent Comments
0 | Leave a Comment
"Thank you."
Khru The Flowing Bridge: Exploring a Zen ..."
"James, thank you for this fresh breeze of truth. On Holy Saturday, all pretense is ..."
Robert Jonas The Zen of Holy Saturday: A ..."
"Thanks for this. Putting Amato and O'Brien in my queue. And so glad you included ..."
Zen Buddhism The Short Course in Zen: Five ..."
"love this James"
Roger Butts The Zen of Holy Saturday: A ..."
Browse Our Archives
get the latest from
Monkey Mind
Sign up for our newsletter
POPULAR AT PATHEOS Buddhist
1