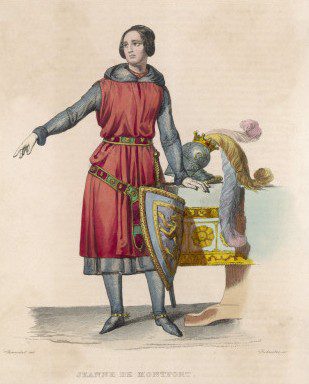 It was on this day, the 2nd of August, in 1343 that the French nobleman Oliver de Clisson was convicted of treason and beheaded. His head was hung on the gates of Paris.

Many saw the trial something trumped up, and the conviction and execution an act of injustice for which the king was directly responsible.

No one felt this more so than his wife, Jeanne de Clisson.

She took her children to Paris and showed them their father’s head, returned to her estates, sold them, raised an army and began her own reign of revenge.

When her army faced defeat she fled to England.

There she was given a commission as a privateer. De Clisson raised a small fleet of three warships, painted the ships black, outfitted them with red sails and for the next thirteen years attacked French vessels, usually killing everyone except a witness or two to report this was a gift for the French king.

Her fleet also attacked some towns on the mainland of France, apparently to the same purpose. And with much the same conclusion…

Eventually she remarried and settled in a castle in Brittany in territory held by allies.

Apparently no one bothered her or her family.

August 1, 2019
Some Hasty Notes on the Western Encounter with Buddhism & Specifically Zen in the West
Next Post

August 3, 2019 OUR ANCESTOR'S DREAMS: Engaging a Zen koan from the Bible
Recent Comments
0 | Leave a Comment
"This article is fascinating to me, having an earlier career in counseling and psychotherapy. I've ..."
Howard Pepper Think of me as a Pseudo-Jungian: ..."
"Jung first foremost was an artist. So he was never doing actual "science" in that ..."
davidt Think of me as a Pseudo-Jungian: ..."
"Beautiful. Thank you. One piece that I claim some knowledge of is just war. You ..."
PhillipWynn WHO WOULD YOU BE BURIED WITH?
"happy birthday old scout! how true the pome! my 73rd is this coming september 29th: ..."
Brian McInerney The Zen priest recalls a poem ..."
Browse Our Archives
get the latest from
Monkey Mind
Sign up for our newsletter
POPULAR AT PATHEOS Buddhist
1

Think of me as a Pseudo-Jungian:...
Monkey Mind
Related posts from Monkey Mind 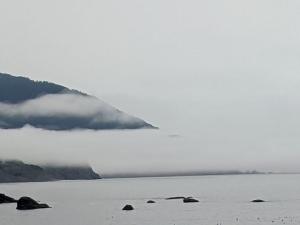 Buddhist
The Empty and the Open: Pointers on the...
Monkey Mind

Buddhist
Think of me as a Pseudo-Jungian: An Appreciation...
Monkey Mind
TRENDING AT PATHEOS Buddhist