Ram Das and the Call to Be Here Now

I find myself thinking of this as a major marker for my own life. And, with that, and much larger, a marker on the passing of a phase of American and Western spirituality.

In many ways I think of Ram Das as the avatar of the Age of Aquarius.

Richard Alpert was born in Newton, Massachusetts, on the 6th of April, 1931. He entered Tufts University in 1948 (which I note is the year I was born), graduating with a degree in psychology, then taking a master’s at Wesleyan, and finally earning his doctorate at Stanford. After a year teaching at Stanford he began teaching at Harvard. In 1961 Alpert joined with another Harvard professor, Timothy Leary, in a study of the potential therapeutic possibilities in psychedelics. For various reasons, and with contradictory stories attached to those reasons, both Leary and Alpert, neither of whom had tenure, were fired.

Alpert continued to pursue the study and use of psychedelics, particularly as spiritual agents until 1967. There he traveled to India where he met several spiritual masters. Most important to him was Neem Karoli Baba. The guru gave Alpert the name Ram Das, which means servant of God.

In 1971, Be Here Now, was published. It was a book principally written by Ram Das, although probably equally important, layout, design, and illustrations were produced collectively by the residents of the alternative spiritual community, the Lama Foundation. It was wildly successful. It would sell over two million copies.

At this late date it feels impossible to convey just how important this book was. For me already caught up in the Zen world, it clarified a spiritual universalism. He perfectly presented the eclectic, syncretistic spirit of the moment.

Which, I notice, is also my moment. He and that book in particular touched my heart in ways that I cannot fully articulate. 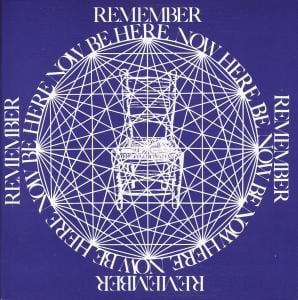 He was a complicated figure. I believe he never actually asserted himself as a guru. He was more an enthusiast, and a life-long spiritual seeker. He took some serious wrong turns along the way. One I can think of is when he bought into a pyramid scheme, the airplane game. Over the years he was also associated with some sketchy spiritual teachers. And, frankly, while it is enjoying a new vogue, I believe that psychedelics in the religious quest is largely missing the real point.

But, again, there was something guileless about him and his path. A genuine seeker, who shared where he was in real time.

My only direct encounter with him took place many years ago. I had been invited to a gathering of Buddhist teachers sponsored by the Dalai Lama held at Spirit Rock in Marin county. Ram Das was a special guest. Not Buddhist, which he made sure we remembered, but a friend. It was after his stroke and he was in a wheel chair. What I noticed was how the people who really hung with him, who just wanted to touch and talk a little, and for some to get a picture with him, were the Tibetans. Not the Western Tibetan teachers, but the Tibetan Tibetans. I asked and it was because of his central role in creating the Seva Foundation. The foundation saved thousands of Tibetan refugees from blindness. He was a hero.

I was able to shake his hand and like many others to thank him for Be Here Now. Smiling, he said, it was a little hard to understand his words, that he’d written a few more books since then.

Ram Das, Richard Alpert, seeker, and, I believe, finder of a deeper way, died at his home in Maui on the 22nd of December, 2019.

On balance I think Ram Das did more good than harm. And, well, I can only hope people can say that about me when my run is up.

December 24, 2019 Recalling John Muir, Nature Mystic, and Paragon of the Intimate Way
Recent Comments
0 | Leave a Comment
"Rev. Hunt was my Great Grandfather. I was blessed to have spent time with him ..."
William Hunt Bennett Ernest & Dorothy Hunt: Early Links ..."
"Alan Watts. I happened to purchase "This is It" primarily because of the unique book ..."
Ed Papson Recalling the Trickster Sage Alan Watts
"I’d love to see a little write up on Rien Takahashi. He was (I believe) ..."
Josh Lamson Ernest & Dorothy Hunt: Early Links ..."
"How lovely. It sounds like an actual real-life beloved community"
cushing The Zen Priest’s Briefest Meditation for ..."
Browse Our Archives
Follow Us! 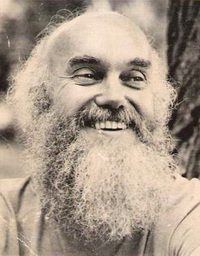 Buddhist
Thinking of Ram Das & the Realization that...
Monkey Mind