Xizhong and his Magical Cart: Comments on a Zen Koan

Xizhong and his Magical Cart: Comments on a Zen Koan February 29, 2020 James Ford 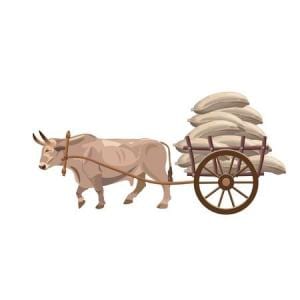 Xizhong and his Magical Cart

The master of the intimate way Yuean Shanguo said to a student of the way, “Xizhong, who invented the wheel, made a hundred carts.” Then the master asked, “If you take off the wheels, the axel, and the rest of it, what would be vividly apparent?”

Yuean was a teacher in the Linji linage, a dharma ancestor of Wumen who compiled the Gateless Gate. As with some of the best teachers, we know almost nothing about him. Not where he was born, not where he died. We can calculate he lived someone on the cusp of the eleventh and twelfth centuries. And that’s about it.

In Chinese mythology Xizhong invented both the wheel and the cart. Our ancestor Robert Aitken Roshi notes the implied play where the same ideogram is used for wheel and cart. It’s similar to English were a car can be known by the slang term “wheels.” A small but interesting point, Certainly a Zen practitioner’s imagination can be sparked by wheels. The wheel of the dharma might come to mind. And in Zen that still space at the middle of all the motion might generate a mind bubble, or two.

And with that, the question. What about then? Now? In the moment, this moment. What shines forth?

What we’re invited into here is a place beyond our ideas of what is, and of what is not. We’re welcomed to the other side of our ideas. That place before we put words to it.

Finding that is critical to a full life. However. We aren’t meant to live in that place. We need the world of form and things.

When we find both, then things happen.

Lately I’ve been thinking about the evolution of religions. That is, I’ve been wondering specifically about that part of human cultures concerned with the nature of reality and how we know it. And while doing all that thinking I’ve been reviewing some of what’s written about the religious perspectives of hunter gatherer cultures. It’s one of the things people look at when hoping to get a glimpse of what people thought of as sacred matters before religions got organized. It’s a necessarily flawed process. But it’s what we’ve got.

And what we see when we look is animism. The nineteenth century anthropologist, Edward Tylor coined the term “animism,” drawing on the Latin for breath, to address a perspective that seems to arise in pre-agricultural cultures around the world.

Now, we need at the same time to be aware that looking at these cultures we’re not actually looking at the dawn of religions. What we see looking at hunter gatherers are things happening now and marked with the same weight of the many thousands of years that we’re all heirs to. That said, while it is through a glass darkly, it’s what we have.

And what they have is animism. The first observation was how in these cultures everything is animated, everything possesses a spirit or spirit writ large. That continues. But what it means, well, that’s been a bit more slippery.

At the beginning Professor Tyler, actually the very first professor of Anthropology at Oxford, thought animism as a confusion of categories, collapsing animals and plants and inanimate things, seeing them all joined by anima, as noted literally “spirit.” He thought it was a mistaken view common to early humans. But he also felt it the building block of all religions to come.

So, animism is an approach to life that is based in relationships. It is a world filled with subjects rather than objects. Everything is relational. Me, I’ve been quite caught by that idea of a relational epistemology. And particularly how that fits within the two worlds our tradition calls us to notice, the worlds of form and emptiness. And for us right now how it touches Xizhong and his magical cart.

First there’s that emptiness. In our human minds we usually get the “form” thing. It’s where we live. In the koan, of course, it’s the cart. We can touch it. Perhaps we can smell it. All our senses can engage it. And we can tell stories about carts.

But then there’s that empty thing. What exactly is that? For us on the Zen way it’s the first nut to crack. Much of our practice is inviting us into an investigation of emptiness, or, as I generally prefer, boundlessness. It’s elusive. Noticing it doesn’t come naturally. After all it seems a complete contradiction to the very idea of things. It seems to be a thing without thingness.

Here those two kinds of animism help me. The one is the idea that everything has a spirit. But there’s also our being involved in spirit. In fact, in some traditions, like Vedanta, this comes a oneness. It is atman, a pantheistic God. And it is completely personal. Me, I don’t disdain this intimate approach. Where everything nis sacred.

It feels to me that as we come to this particular mystery of our lives, we engage it from places deeper within our hearts than our brains can quite engage. Like the political constructs of liberal and conservative, there is some degree to which we engage our politics base upon imperatives within our makeup that arise from a place before words arise. Similarly, we seem to engage this greatest of mysteries about who we are in personal and impersonal ways.

And it’s hard to judge. It’s certainly hard to claim one is right and the other wrong.

But, from our perspective within the Zen dharma, we are particularly aware of the traps of turning this place, this moment, this experience, as a thing, or, in any way like a human. It is especially dangerous to paint our face on that place on the other side of our separating this from that.

Within the Zen way we invite an encounter to a place without categories, without divisions, without a sense even of subjective relationships. At least in the moment of encountering the boundless.

It can be God. But, that god has to be encountered by a letting go, not in projecting out. Letting go of every idea.

In our tradition we call it not knowing.

So, what does that look like when the rubber hits the road? As it were…

In my adult life I’ve always had to struggle with my weight. I can recall during one period when I was lighter, I was talking with someone about the spiritual path and how if at all possible, one should have human guide on the way. The person I was speaking with was not a Buddhist or a Zen practitioner. So, I recommended someone I knew in his tradition that I admired. He replied, “She’s fat. There’s no way she can really be spiritual.”

The Christian founder Paul writes of a thorn in his side, and how it is a constant goad. He never said what it is. Many people have speculated as to what it might be. Some modern theologians have suggested perhaps homosexuality. A bit of special pleading, I suspect, from people with my shared progressive slant. The truth of it, is that pretty much all of us have those things that don’t quite work. Not unlike that famous Ox and its tail.

If you don’t know the case its pretty simple. There is an Ox. It has passed through the window. All of it. The head and horns, the shoulders. The flanks. Everything but the tail. The question then is what about that tail? Like this koan of the cart, it is asking us about the relationship between form and emptiness.

Or, to be precise our personal, intimate, most intimate encounter with form and emptiness. Yours. Mine.

We get too far from ourselves, and that tail wags at us. For me today it’s trousers that are a bit too tight. That tail. That thorn. That cart.

Here’s the secret. The axel. The wheel. Those nails and boards, all are nothing other than the boundless.

And. You don’t have to fix anything before you can realize it. The nails can be rusty. The boards can be old and splintering. Within this world of form, we are a play of causes and conditions. And each cause, each condition is wildly open. Boundless. Empty.

Following the Zen way, I’ve genuinely had shifts and insights that have helped me to see past the two worlds. It’s all even integrated into much of my life.

And I continue to deal with the issues of my own karma body, only slightly assisted by those insights. There is an interplay of form and emptiness, but there is no transformation into something different. We are what we are and it is boundless. Every bit of it.

So, a pointer for each of us on the way. Marcel Proust once observed, “the real voyage of discovery consists not in seeking new landscapes, but in having new eyes.”

Well, with that everything in our lives becomes clear.

So. All that said. It becomes your turn.

At that moment, at this moment, what is vividly apparent?

February 25, 2020
Zen & the Establishment of cultures of awakening
Next Post

March 1, 2020 THE BIRTH OF GOD And What It Can Mean for Us
Recent Comments
0 | Leave a Comment
Browse Our Archives
get the latest from
Monkey Mind
Sign up for our newsletter
POPULAR AT PATHEOS Buddhist
1