A Footnote on the Spinoza Problem

It’s one of those “novels of ideas,” and a lovely example.

Irvin Yalom is no doubt best known as as an academic and principal theorist in the development of Existential therapy. Here he shows how he can bring that passion into literature.

The story interweaves an imagined, but plausible life of Baruch, or Benedict, or, mostly in the novel Bento de Spinoza with the life of Alfred Rosenberg, a principal Nazi ideologue. The connection turns on the historic fact that Rosenberg took charge of looting the Spinoza museum in Amsterdam, and that Rosenberg’s assistant wrote of a desire to address the “Spinoza problem.”

I found it compelling and loved how it explored some of the profound questions of our human condition as well as some of the ways we might fruitfully engage.

And it just plain was a great read. It works as a novel.

It also works as a conversation within the heart.

Only two of the principal characters are completely fictional. And Yalom uses them to considerable effect. he takes advantage of this to grill Spinoza about some problems of interest to us today. I enjoyed how he makes the old philosopher squirm under some grilling about his ideas concerning gender and gender roles. Yalom also uses his imagined characters to show generous variations on how Spinoza’s vision could be manifest.

What the novel really addresses are the great concerns of life and death. Yalom does it through a juxtaposition of the horrors we are capable of as human beings and approaches to life that speak of that highest we can be. While being an entertaining and compelling work of fiction.

May 23, 2020
THE CONNOISSEUR OF SADNESS: Exploring The Hurt & the Healing of Our Lives Through a Zen Koan
Next Post

May 28, 2020 Two Cheers for Religious Studies & a Pointer
Recent Comments
0 | Leave a Comment
Browse Our Archives
Follow Us! 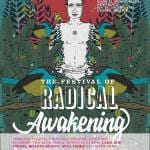