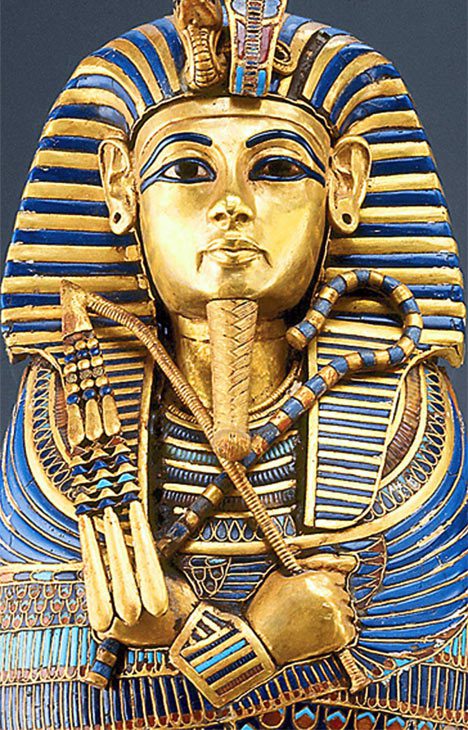 In 1904 George Herbert, 5th Earl of Carnarvon and an enthusiastic Egyptologist employed the archeologist Howard Carter to supervise a major excavation in Thebes.

They proved an able team.

In 1914 the earl received the concession to excavate the Valley of the Kings. The war disrupted their work. But not even counting this disruption the work was a slog and, by 1922 he was getting ready to move on.

Carter felt he was near something and convinced the earl to allow the team to continue just a little longer.

It was on this day, the 4th of November, in 1922, the team’s water boy stumbled on a stone. It turned out to be the top of a flight of steps cut right into the bedrock.

By the end of the month the world would once again witness the greatness of ancient Egypt.

And. yes. of course…

November 3, 2021
Of Richard Hooker, His Three-Legged Stool, and a Dream for a Progressive Zen Buddhism
Next Post

November 5, 2021 The Gateless Gate Opens Wide
Recent Comments
0 | Leave a Comment
"At the risk of shameless self-promotion I preached a sermon on Julian of Norwich on ..."
amylynn1022 Julian of Norwich and Love. A ..."
"Yes. Lots of depth there. The Psalms are so crucially important to me. I don't ..."
Roger Butts A Unitarian Universalist Investigation of the ..."
"Think globally.Act locally.There is a lovely book available called Jesus and Buddha. It shows passages ..."
james warren The Art of Peace in a ..."
"We should not idealize or condemn Muir or anyone else. Muir was a man of ..."
Silverwolf13 A Feast for John Muir, Nature ..."
Browse Our Archives
Related posts from Monkey Mind