The Zen Jesuit Sings some Psalms 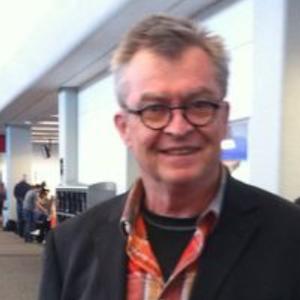 My friend Ken Ireland, one time Jesuit, long time Zen practitioner, blogger, and now moving into long time resident at McLeod Ganj in Dharamsala sent me the following, saying it was inspired by some of my recent ruminations around the Psalms. He generously agreed to my request to post them here…

The McLeod Ganj Psalter
Songs One to Four

Today I sing of construction and death
Of making and taking away.

I once heard some angels sing “O ye gates; and be ye lift up, ye everlasting doors”
in plain chant.
They were cloistered nuns. I sat in the back row behind a screen, not allowed
To see their bodies or whimples.
I could not gaze into their eyes.
I had to be content to listen to their song about returning to a Holy City.
This as close as I was allowed to venture.

My carpenter called to say that the father of one of the workers died last night
And he, a pandit, had to attend to the rituals of death.
My doors would have to wait a day.
I love this Sushil.
He does good work
His eye is true.
His lines are straight and plumb
His doors close and latch.

Jerusalem is no more holy than my Indian village

The nuns who sang so sweetly believed it was the City of God.
I had to believe them. Their song was a soft cry to the Lord.
May they sing for Sushil today as he lights the pyre to consume the father’s body.
Raise high your gates, O Mcleod Ganj, so that we all can pass through.

Sushil and his carpenters return tomorrow. There are two solid wooden doors to finish.

Lift up your heads, O ye gates; and be ye lift up, ye everlasting doors; and the King of
glory shall come in.

The earth is the Lord’s, and the fulness thereof; the world, and they that dwell therein.
For he hath founded it upon the seas, and established it upon the floods.
Who shall ascend into the hill of the Lord? or who shall stand in his holy place?
He that hath clean hands, and a pure heart; who hath not lifted up his soul unto vanity,
nor sworn deceitfully.
He shall receive the blessing from the Lord, and righteousness from the God of his
salvation.
This is the generation of them that seek him, that seek thy face, O Jacob. Selah.
Lift up your heads, O ye gates; and be ye lift up, ye everlasting doors; and the King of

You don’t know jack shit about sheep, herds or shepherds but this song is a perennial
favorite.

The Gaddi were nomadic until they learned to drive taxis, clean and cook for the
Tibetans who arrived in their hill station little more than 60 years ago and the
Westerners who followed the lamas into the Dhauladhar Mountains, the high foothills of
the Himalayas. Here where I live Gaddi men used to graze huge flocks during the
winter. Many still do.

Before monsoon but after the snow has melted, shepherds set off in search of sweet
grass high up where they will stay until the snows force them once again, along with the
lemurs and bears, to retreat back to the lower plains where they can interfere in the

lives of other wanderers.

They cross the main road near Palampur and head up across difficult mountains until
they arrive nearly 100 kilometers north in the Chamba Valley. Three weeks trekking.
Their favored grasslands are near Bharmour where the oldest wooden temple in the
world is found. Chaurasi is said to have been built by the Greek craftsmen who followed
Alexander to the ends of the earth until they turned back at the nearby Beas River. I saw
with my own eyes the traditional Greek grape motif carved above a lintel thousands of
kilometers from Macedonia.

And this is where I propose to sing about the life of a shepherd, as far removed from the
fifth millennium before the Savior as the psalmist’s song is removed from the Court of King James.

Following the Flock from Palampur to Chamba

I sing my sad song about a shepherd
Who crossed the highway near my house
And headed into the high mountains
In search of sweet grass.

Just two days ago
The local newspaper reports
In remote Rajgundha 70 sheep and goats died when lightning struck.
It is monsoon. The ground soaks up the water greedily.
Fog so thick your hand disappears
Our shepherd sought refuge under the tree

He and his boys lived but alas they lost their livelihood
In a flash.

I wonder if the dogs survived
There is a fund for compensation
When tragedy strikes like the hand of god
And the shadow of death covers the valley.

I don’t have even a faint idea of what the life of a shepherd might have been like in the
time of David,
But it wasn’t Little Bo Peep.

The Lord is my shepherd; I shall not want.
He maketh me to lie down in green pastures: he leadeth me beside the still waters.
He restoreth my soul: he leadeth me in the paths of righteousness for his name’s sake.
Yea, though I walk through the valley of the shadow of death, I will fear no evil: for thou
art with me; thy rod and thy staff they comfort me.
Thou preparest a table before me in the presence of mine enemies: thou anointest my
head with oil; my cup runneth over.
Surely goodness and mercy shall follow me all the days of my life: and I will dwell in the
house of the Lord for ever.

I went looking for a psalm extolling highway robbery. There must be one. This is the way
of the conqueror, and King David led armies. Lady Elgin sought to hide her husband’s
death in a far land behind a modest stone plaque, leaving plaudits in Westminster to his
partners in crime.

James Bruce, 8th Earl of Elgin and 12th Earl of Kincardine, died of a heart attack while
crossing a rope bridge over the river Chadly in Kullu 100 kilometers east of where I live.
It was on the 20th of November, so post monsoon, but still the river can be wild. I have
crossed it myself.

He was not the man who stole marble sculptures (known as the Elgin Marbles) from the
Parthenon in Athens, that was his father, but he did burn the Summer Place in Beijing,
and forced the Emperor to cede Hong Kong to the Queen “in perpetuity.”

I cannot find Lord Elgin’s grave, though it is said he is buried here

It is odd to see a graveyard
In a land where the dead are burned
Yet here are stones that could be
In York or Leeds
Not elaborate enough for Canterbury or Westminster.

The weeds grow thick in the monsoon rain
All that I can really see on the stone that his widow
Set in the graveyard are dates
But it is tended because tourists come and ask
If this is the man who stole
Marbles from the Partheon.

Wait on the Lord, and keep his way, and he shall exalt thee to inherit the land: when the
wicked are cut off, thou shalt see it.

I have seen the wicked in great power, and spreading himself like a green bay tree.

Yet he passed away, and, lo, he was not: yea, I sought him, but he could not be found.

Song Four, Psalm 137
By the Rivers of Babylon

Wipe away your tears, and deal with the closing lines.

You’re not captive
Yet you cry, poor fool

You saved your mother
But other mothers left behind
Died

If only for that
It is enough

This one you can sing. Please try. It’s fun.

By the rivers of Babylon, there we sat down
Yeah, we wept, when we remembered Zion

By the rivers of Babylon, there we sat down
Yeah, we wept, when we remembered Zion

There the wicked
Carried us away in captivity
Required from us a song
Now how shall we sing the Lord’s song in a strange land?

There the wicked
Carried us away in captivity
Requiring of us a song
Now how shall we sing the Lord’s song in a strange land?

By the rivers of Babylon (oh yeah yeah), there we sat down (yeah, yeah)

By the rivers of Babylon, there we sat down, yea, we wept, when we remembered Zion.
We hanged our harps upon the willows in the midst thereof.
For there they that carried us away captive required of us a song; and they that wasted
us required of us mirth, saying, Sing us one of the songs of Zion.
How shall we sing the Lord’s song in a strange land?
If I forget thee, O Jerusalem, let my right hand forget her cunning.
If I do not remember thee, let my tongue cleave to the roof of my mouth; if I prefer not
Jerusalem above my chief joy.
Remember, O Lord, the children of Edom in the day of Jerusalem; who said, Rase it, rase
it, even to the foundation thereof.
O daughter of Babylon, who art to be destroyed; happy shall he be, that rewardeth thee
as thou hast served us.
Happy shall he be, that taketh and dasheth thy little ones against the stones.

July 31, 2022
Are you an old fat white guy, and you want to know whether its okay to wear a Guayabvera? I have an answer for you.
Next Post

August 2, 2022 A Comment on the Zen Koan of Everyday Life
Recent Comments
0 | Leave a Comment
"everything Jesus has to say about being a true believer of the true way is ..."
Isa Kocher HONEST TO JESUS: The Zen minister ..."
"My translation at http://home.pon.net/wildros...and here https://terebess.hu/english...Terebess has 26 translations at https://terebess.hu/zen/tex..."
Gregory Wonderwheel Faith in Mind, the Xinxinming, a ..."
"Happy birthday in advance, thanks for this thoughtful article and the ones to follow it."
Oliver Oehm Sun Faced Buddha, Moon Faced Buddha: ..."
"Thanks, James. While not specifically Zen, a sangha member alerted me to the book A ..."
Julie A. Nelson Holders of Lineage: A Small Meditation ..."
Browse Our Archives
Related posts from Monkey Mind