The Zen Minister’s New Working Definition for the word Religion

I searched my blog for the terms “defining” and “religion.” So I know those words appear twenty-six times in my various reflections. One of them from a year or so ago was even titled “Defining Religion: Or, a Fool’s Errand.” The title is probably a truth…

No doubt religion is a complicated word. For those who care our English word comes from Anglo-French religiun, to French, and then to Latin. Those who seek an etymological origin story most commonly like “binding back” or less commonly, but some do “to place an obligation,” or, and my personal favorite, “a bond between humanity and their gods.”

The Online Etymological Dictionary is currently my favorite source for digging into words. At least for a first glimpse of various words. You may want to follow their exploration of religion down etymological speculation’s unique and fascinating rabbit hole.

Some people make much of the fact that many languages don’t actually even have words for religion. The problem with making much of that is how the idea of religion as something to be untangled from the rest of a given culture’s assumptions, is a project of only of relatively recent concern. This only supports the fact we humans tend to assume things. And there’s nothing so assumed as our own cultural norms, and with that, our religions.

Speaking of cultural norms, our English language dictionaries started out with a lot of Abrahamic assumptions when thinking about religion and its activities. So, they put the word religion into the matter of our relationships with a god as pictured in the Hebrew Scriptures, the New Testament, and the Quran. Each a bit different, the Hebrew scriptures version being dynamic in view of the millennia of layers of reflection and encounter with that idea of a singular God, and then that version of the divine informing in different ways the divine in her two great daughter traditions.

Then in the Nineteenth century European and American scholars “discovered” religions that didn’t fit the bill. And, as they say, hilarity ensured. The Oxford English Dictionary is the standard (yes, with a shout out to Merriam Webster’s, and if you’re a super nerd to their 2nd International) go to for much of English. And they offer a boatload of definitions for religion in our use in the past and for today. Probably their definition 4.a is closest to how most people who look deeply at religions understand the word as “a particular system of faith and worship.”

As a practicing Zen Buddhist as well as a Unitarian Universalist minister, and inspired by those who claim to be spiritual without being religious, and wondering about what that means and does not mean, I have come up with a definition that doesn’t contradict “a particular system of faith and worship,” but might dig a bit deeper. It’s dynamic, I’ve had a couple of versions of it in the past three or four decades. Here is my latest definition:

Religion: Noun. That part of a culture concerned with social cohesion and especially meaning and purpose.

Ninety percent of what religions is, to put it baldly, is concern with social cohesion. Defining and reinforcing who is in and who is out of the group. Here we find pretty much all purity codes. Here we find how it is that our God or gods hate everyone we hate.

And there is a positive to this social cohesion, it’s not simply crowd control. We are social creatures. We need help in seeing how we exist within our culture. Religion is that help. When these symbols and codes are held lightly, when offered as a superstructure for growth, it can be beautiful, it can be something amazing. Too bad so often that’s not what it is used for.

But there’s a current that runs through all religions, at least those that have been around for a while that are about something else. And my heart and my energy is focused on that last part. That ten percent of a religion, of religion.

This invites an unpacking of another messy word, mysticism.

But. Enough for one day…

August 4, 2022
Brad Warner's Other Side of Nothing: A Review
Next Post 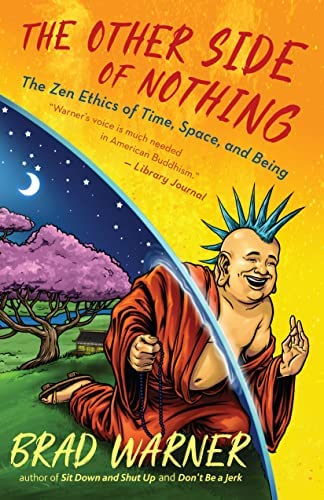 Buddhist
Brad Warner's Other Side of Nothing: A Review
Monkey Mind 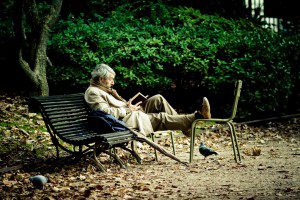