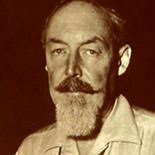 In the broad middle of the Twentieth century there were a number of writers exploring a synthesis of Eastern and Western approaches to the spiritual life. I would hazard the best known of these was Alan Watts. For good and ill I have to count him among my teachers, if some of that was in reaction to his highly idiosyncratic version of Zen Buddhism.

Another teacher for me, if somewhat more lightly, was Terence James Stannus Gray, who wrote a handful of books under the pseudonym Wei Wu Wei.

Gray was born on this day, the 14th of September in 1885. His was a well to do Anglo-Irish family. He attended Eton and Oxford (or perhaps it was Cambridge, I see contradictory statements). He appears to have come from serious money, lived with money, and died with money. His second wife was a princess, and his last years were spent in Monaco. Some of his life feels the by-product of the idle rich. But, he was certainly more than that.

Gray’s early interests and with that writings, including two books, were concerned with Egyptology. I found a fascinating article citing him in the Sudan attempting to capture a rubbing of an ancient Egyptian inscription.

In the 1920s he was active in the theater world, rebuilding the Theatre Royal for his Cambridge Festival Theatre. He has been described as “the foremost theatrical innovator of his day in England.” Gray developed a number of “Dance-Dramas,” which emphasized movement over words, along with minimalist stagecraft. It would appear his work was both controversial for a time profitable. He moved on from this project by the early 1930s. It seems without ever looking back.

This opened a time when Gray traveled through Asia. He spent some time at at Ramana Maharshi‘s ashram in India, and Ramana Maharshi was probably his single greatest direct influence. Although the directions he went in his reflections would largely suggest an East Asian influence, particularly Zen Buddhism, or at least its literature, and maybe more Taoism and its literature. But out of all of this, travel, meetings, and deep reading ultimately articulating his own nondual insight.

Laurence Cox and Maria Griffin write, “In 1958, he retired to Monte Carlo and became a regular correspondent of the London Buddhist Society’s Middle Way (Humphreys 1968) as well as writing a series of Buddhist books as “Wei Wu Wei”, seven of which are still in print with Wisdom Books. His Buddhism is a very literary ‘philosophy of life’ in some ways comparable to Alan Watts’ and combining Ch’an with Taoism.”

To get a sense of the writer and the person who wrote, here’s his Preface to All Else is Bondage.

There seems never to have been a time at which sentient beings have not escaped from the dungeon of individuality. In the East liberation was elaborated into a fine art, but it may be doubted whether more people made their escape from solitary confinement outside the organized religions than by means of them.

In the West reintegration was sporadic, but in recent years it has become a widespread preoccupation. Unfortunately its technical dependence on oriental literature—sometimes translated by scholars whose knowledge of the language was greater than their understanding of the subject—has proved a barrier which rendered full comprehension laborious and exceedingly long. Therefore it appears to be essential that such teaching as may be transmissible shall be given in a modern idiom and in accordance with our own processes of thought. But this presentation can never be given by the discursive method to which we are used for the acquisition of conceptual knowledge, for the understanding required is not conceptual and therefore is not knowledge.

This may account for the extraordinary popularity of such works as the Tao Te Ching, and in a lesser degree for that of the Diamond and Heart Sutras and Padma Sambhava’s Knowing the Mind. For despite the accretion of superfluous verbiage in which the essential doctrine of some of the latter has become embedded, their direct pointing at the truth, instead of explaining it, goes straight to the heart of the matter and allows the mind itself to develop its own vision. An elaborately developed thesis must always defeat its own end where this subject matter is concerned, for only indication could produce this understanding, which requires an intuitional faculty, and it could never be acquired wholesale from without.

It may be doubted, however, whether an entirely modern presentation of oriental or perennial metaphysics would be followed or accepted as trustworthy at present. Probably an intermediate stage is necessary, during which the method should be a presentation in modern idiom supported by the authority of the great Masters, with whose thoughts and technical terms most interested people are at least generally familiar. Moreover the question is bedevilled by the use, which has become a convention, of terms, mostly of Sanskrit origin, the colloquial sense of which, accepted by the early translators, is still employed.

Often this sense is considerably different from the technical meaning given these terms in the Chinese texts, and it occasionally implies almost exactly the opposite. These misleading terms are still used, which is a matter of no importance to those few who understand to what they refer, and for whom any word whatsoever would suffice, but are a serious hindrance to the pilgrim struggling to understand.

The inadequacy of the short paragraphs that follow is due to the insufficiency of their expression. They are offered in the hope that the verity which underlies them may penetrate the mist of their presentation and kindle a spark that shall develop into the flame of fulfillment.

Please be so good as to believe that there is nothing whatever mysterious about this matter. If it was easy, should we not all be Buddhas? No doubt, but the apparent difficulty is due to our conditioning. The apparent mystery, on the other hand, is just obnubilation, an inability to perceive the obvious owing to a conditioned reflex which causes us persistently to look in the wrong direction!

Rummaging around I noticed he did the first English translation of Hubert Benoit’s The Supreme Doctrine, where Professor Benoit acknowledges his long friendship with Gray and how Gray perfectly captured his meaning.

His books were all written pseudonymously, all but one under the name Wei Wu Wei.

He wanted them to stand on their own. And, well, largely, I believe, they do.

In 1958 Terence Gray published Fingers Pointing Towards the Moon (Routledge and Kegan Paul) writing under the pen name Wei Wu Wei. This book was followed by Why Lazarus Laughed; The Essential Doctrine Zen-Advaita-Tantra, Ask The Awakened; The Negative Way, all with Routledge and Kegan Paul. Then All Else Is Bondage; Non-Volitional Living, Open Secret, the Tenth Man, and Posthumous Pieces, all from Hong Kong University Press. There was a last book also published by Hong Kong University Press, Unworldly Wise; As the Owl Remarked to the Rabbit. It was written under the new pseudonym O.O.O.

You might want to give him a read. All Else is Bondage has the advantage of being both representative of his mature thinking and relatively brief.

For more on him, here’s a useful resource worth visiting by anyone interested in Gray’s spiritual reflections, the Wei Wu Wei Archive.

September 15, 2022 Thinking of the Reverend James Chisholm, the Yellow Fever Epidemic of 1855, and the Calls of Ministry
Recent Comments
0 | Leave a Comment
"Mr. Ford, I hope and pray you’re doing well. Thank you so much for writing ..."
Vaqar Choudry The Ahmadiyya Muslim Community Begins
"It is worth noting that the common notion, of Johnny Appleseed as itinerant apple planter ..."
mfidelman Recalling the American Nature Mystic Johnny ..."
"WTC, blown up with nukes made in Israel."
Rusty 9/11 Twenty-0ne Years Later
"Thank you, Greg. An interesting non-trinitarian body. Actually what I was soliciting and continue to ..."
jamesiford Recalling the Unitarian Bishop Gregorio Aglipay
Browse Our Archives
Related posts from Monkey Mind