William Ellery Channing was born on this day, the 29th of November in 1780, in Newport, Rhode Island. I try to acknowledge this every year. I count him as one of my more important spiritual influences, in a very real sense he was a spiritual ancestor.

I was working at Wahrenbrock’s Book House in San Diego. The exact date is lost for me, some time in the early 1980s. Wahrenbrock’s was one of those great bookstores of what is well into being a bygone age. It stocked mostly used and antiquarian books.

Me, among other things, I had responsibility for tending to the used religions and metaphysics section. It included a really substantial collection of pamphlet literature, much from the nineteenth and early twentieth centuries.

I loved tending those pamphlets. One denounced Kaiser Wilhelm II as the antichrist with prodigious scriptural citations. Another revealed the pyramids were originally built just outside of Dublin but were later moved through a conspiracy between the Romans and, of course, the British.

And, that’s when I stumbled upon a pamphlet whose cover read simply “On Unitarian Christianity.” It was published in Boston, Massachusetts. It presented a sermon delivered on the 5th of May, in 1819, by the Reverend William Ellery Channing.

I took it home and read it. And it set a chain of events that would give me my professional life as well as a touchstone in my spirituality.

William Ellery Channing was the grandchild of one of the signers of the Declaration of Independence. As a child Channing attended with his family an extremely conservative congregation led by the Reverend Samuel Hopkins. Dr Hopkins was a strict Calvinist who preached the utter depravity of humanity and how nearly all of us were destined to damnation.

A turning event occurred for the boy when after hearing a sermon describing the tortures of hell, and afterwards hearing his father comment to Dr Hopkins, “Sound doctrine, sound doctrine,” and then happily whistling as the family walked home from church. The contradictions between the words and the fear that swept over the boy, and what he saw with his own eyes, the loving, happy family, and particularly his doting father gave a lie to the assertion that people were totally depraved and deserving of endless torture.

From Newport Channing went to Harvard College, a school then believed to be the ruin of many a young man. He did find a sense of liberation in the openness he discovered there, which would, in fact, rock the culture and turn it in a new direction. After college he taught briefly in Virginia, where he was shocked by the harsher realities of slavery. After three years teaching he accepted a call to the pulpit at Federal Street Church in downtown Boston, which we now know as Arlington Street Church. If you go there today, right across from the front steps of the church, on the grounds of the Public Gardens there is a larger than life statue of him. It’s worth visiting.

Channing represented the best of a new light. From that pulpit, as Frank Schulman, a Unitarian Universalist scholar and minister notes, he preached “a “more rational and less emotional, more moderate and less dogmatic, religion.” Channing was acknowledged as the foremost preacher of this emerging doctrine. This rational approach to faith began to be called the “Boston religion.” To those who listened carefully, another word began to be used for it. Unitarian. It wasn’t meant kindly. As Schulman observed, “The Calvinists turned from scorn to hatred, from fear to violence.” A spiritual civil war erupted. Calvinists called on “true Christians to separate from the infidels and deny communion to them.”

There are a number of events that could be called the foundation moment of the Unitarian way as something separate from what would continue to be called Congregationalism. A mighty lawsuit in Dedham is one, for sure. The Dedham controversy led to the institutional breakup. But, I think the most important one, spiritually, happened some years earlier.

It turned on that sermon preached by Channing at the installation of the Reverend Jared Sparks as minister of the Congregational church in Baltimore. It was 1819. And the members of the what is today called the First Unitarian Church of Providence, which I would many years later serve as senior minister, were intimately involved. It was the custom for churches in those days to support one another at ordinations and installations. When this ordination was announced, and when it was known that the leading light among the liberals, Dr Channing was going to preach that service, perhaps it shouldn’t be a surprise that the members of the Providence congregation decided to be there.

The Prudential Committee of what was then still called the First Congregational Church of Providence, voted to allow the minister, the Reverend Henry Eddis to absent himself from the pulpit for four weeks and to send him and two deacons to Baltimore for this event. The Prudential Committee allocated two hundred dollars for expenses, a fair amount of money. And, because of this the congregation, my congregation if you will, were there at perhaps the most important of the marking events of our liberal religious movement in North America.

The ordination took place and the sermon was preached. It was the sermon I read in that San Diego bookstore. The text Channing preached from was Paul’s first letter to the Thessalonians, Chapter five, verse twenty-one. “Prove all things, hold fast that which is good.” And he did. The Trinity, which had no clear and unambiguous support in Scripture, was tossed. However, that wasn’t the most important thing to him, or for us, people of a liberal religious perspective. 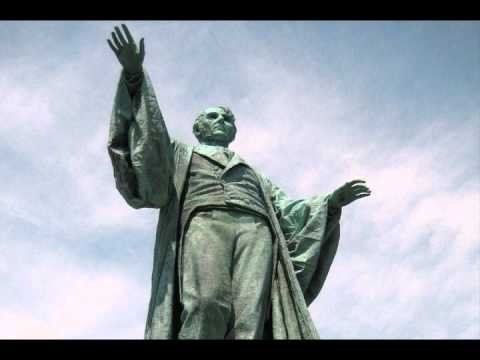 There are two slogans that inform my Unitarian Universalism, one from each strand of our tradition. From Universalism I am guided by the phrase “Love over Creed.” Maybe I preach that most. But, equally important is a phrase that comes from that Boston religion and is most closely associated with William Ellery Channing. And that is “salvation by character.”

Salvation by Character. The term had been floating around for a while. The earliest use I can find is in reference to the preaching of Jonathan Mayhew, who died in 1766. Its sense is the same as was used in condemning our own first minister here in Providence, preaching that “damnable doctrine of good works.” But as this theological principle developed, it was Channing who becomes most closely identified with that particular phrase, “salvation by character.”

Now, while what precisely the term means has changed a bit over the years, for us, I think we can hear that our salvation, salve, that is our healing from the hurts and bruises of life, the woundedness we experience, our shortcomings we’re so painfully aware of, our failing our ideals so often, and all the harm that follows these failures of our deepest aspirations, for ourselves and the world, is resolved in how we choose to live, in who we become through what we do. That is salvation by character. Healing, the great healing is in our hands. Channing preached this good news from the rooftops.

Who we are counts. What we do counts.

Channing wasn’t perfect. I gather he was a prude even by the standards of the time. He was also slow to challenge the evil of slavery, although he did, leaving him with the title “reluctant radical.” While I wish he had been quicker to take up that cause, even there I thought he left us with some wisdom. A few lessons on our own ways.

One is, remember you’re not always going to be right. We don’t know what our prejudices, our blind spots, our misunderstandings are.

So, a little hesitation can be a good thing.

But don’t rest there. Listen widely. Learn. And throw your heart and your mind wide open. Test everything by this measure, if we’re all connected, deeply, truly, members of the same family, what then? And with that, act.

November 28, 2022
A Vision of William Blake: The Original Spiritual If Not Religious
Next Post

Round and Smooth Like a Pearl
The short passage that I'm sharing today comes from Dōgen’s Extensive Record...
view all Buddhist blogs
What Are Your Thoughts?leave a comment