A New Year, Another Opportunity for a Fresh Start With God

Spirituality can be a touchy subject. Our relationship with our Creator is such a sensitive thing, with its ups and downs, not to mention its secrets. So many secrets.

Each of us messes up, yet somehow, we all manage to convince ourselves that we’re the only ones to ever have screwed up so badly. It’s a perfect formula for hopelessness: to throw in the towel and think, “Why bother trying when God will never forgive me?”

I’ve been there. I know what it’s like—the despair, the disappointment, the desperation. Knowing that Allah knows all my secrets, and believing that anyone who knows my mistakes so well surely can’t have a good opinion of me.

But the secrets don’t start and end with the bad stuff. They also include all the good moments. That time when you dropped some clothes or cash off in a donation box without telling anyone. The time when you had the opportunity to backbite and ruin someone’s reputation, but you didn’t. The good intentions. The private prayers for someone else. The tear you shed, longing for Him.

Allah loves to forgive, and He is waiting to see if we’ll take advantage of this chance to start fresh, to set things right.

What’s so beautiful about this complete vulnerability, the knowledge that someone knows us inside and out, is the fact that He is still there. We did not cause God to turn away in disgust, as a human would. He still loves you and me. Every day that we wake up in the morning is proof that Allah sees something in us, believes in our goodness and strength.

Cheesy, I know—but it’s true. Allah is allowing me and you to continue living, day after day, knowing that we are capable of doing better. Waiting for us to turn to Him, to say, “I’m going to live for You now.” And a new year is a clear sign of that opportunity.

Today’s the day. Don’t fall into Shaytan’s trap and think that you are beyond Allah’s forgiveness. Allah loves to forgive, and He is waiting to see if we’ll take advantage of this chance to start fresh, to set things right.

Say, “O My servants who have transgressed against themselves [by sinning], do not despair of the mercy of Allah. Indeed, Allah forgives all sins. Indeed, it is He who is the Forgiving, the Merciful.” [39:53]

The Messenger of Allah (saws) said, “By the One in Whose Hand my soul is! If you do not commit sins, Allah would replace you with a people who would commit sins and seek forgiveness from Allah; and Allah will certainly forgive them.” [Sahih Muslim]

December 27, 2019
Reflections on Life on My Way to Bangladesh
Next Post 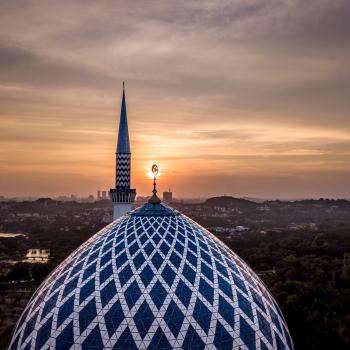