Within the night beneath the shadows of hemlock and spruce, there were mysteries and romance within the deep woods. I looked out the window as I did when I was a child, especially during the winter months when the full moon was up, and it cast deep shadows beneath the magnificent trees. The snow was sparkling.

During the summer months in Massachusetts, there would be the buzzing of insects within the verdant fields of grass. Grasshoppers would hang and eat upon these sharp edges of the grass. Bumblebees would dance amongst wildflowers. My brother and I would walk miles to go fishing, beneath the summer’s humid air. The green light in the trees looked brilliant, like stained glass.  We would let our bobbers dance over the sparkling water, where dragonflies glided over the surface and the bellowing sound of bullfrogs would grace the air. These are things that contribute to my faith in the oneness of God, which includes all things.

It began as a deep root within these forests, in silence and awe. I was raised Catholic; it was ingrained in me. I would attend church as a very young child. I would see the Christ figure at the altar, surreal and in white, his arms outreaching, while seraphim with multicolored wings embraced him, with white clouds and a golden background. The ceiling was a cobalt blue dotted with white stars and saints lined up on either side. I would be dressed in a white dress, little gloves, a white hat, and black shiny shoes.

I do not remember the sermon, but as I gazed at the altar, the ceiling, and the brilliant stained glass, I remember that I felt entranced and it would ingrain itself on my subconscious. This is the seed that developed me into an artist, as well as the times I had spent outdoors. I could feel the growth of every tree and plant. I could see the light change with every season along with changes of color and the weather.

Searching for the Truth

I wanted to become a Carmelite nun, but this was not to be. I wanted to love and contemplate the beauty of God in silence, because silence is sacred. I could see the sun making patterns upon the floor, and the shadows in it, and the motes of dust falling within the sun rays while in meditation. But because of tragic experiences within my life, I had given up on being a nun when I began to doubt my faith. I did not realize at the time that God was acting through me, and that God was very much with me.

Islam changed my life. Being an artist, I was a free spirit, but Islam gave a moral compass.

Transcendentalism appealed to me, as I had read Emerson and Thoreau as a teenager. I believed very strongly in a God of nature, the God of the woods that I sought refuge with as I watched the system of things in nature. As a teenager, I would walk by cow pastures and stay in a cabin in the woods that my friend built. I would listen to the whippoorwill birds at night and the sound of rain, while classical music played on the radio.

I read the Quran and converted to Islam in my 20’s. Islam changed my life. Being an artist, I was a free spirit, but Islam gave a moral compass. I married into the Bengali culture. I adopted my husband’s culture, including the clothing. Bengalis are very social people. I raised my children into Bengali and Islamic culture.

For many years I went to Juma prayer on Friday and celebrated the Eid holidays with many of my Bengali and Muslim friends. But I was told not to paint and concentrated on raising my family and being a good housewife. This crippled me very badly.

I went back to the God of the woods. I had always been a mystic by heart. As a Catholic, I had read all the stories of the saints, particularly St. Francis of Assisi and St. Teresa of Avila and her Inner Castle. I wanted to get as close to God as I could. God made me a certain way as an artist and a writer.

After suffering from numerous mental collapses, I realized how important it was for me to regain myself as an artist and writer, and still remain a Muslim.

After suffering from numerous mental collapses, I realized how important it was for me to regain myself as an artist and writer, and still remain a Muslim. I wanted to live a moral life and remain a part of the community. I wanted to go beyond the cultural representations of Islam. I wanted more, and I wanted to be myself. I started reading books on Sufism. I also read books on Rabindranath Tagore. I realized that Transcendentalism and Sufism went hand and hand.

I was so busy with my life, with raising children and being involved socially, that I had lost touch with the God of the woods. My husband graced me with a rose garden with a waterfall and wind chimes. I started to feel back in touch with nature.

Perception of a Loving God

Sufism is going beyond culture and is based on love. God is a compassionate and merciful God, not a God that is set out to punish us. I learned that God did not create us to punish us after death. Followers of Abrahamic religions tend to put a big emphasis on sin and guilt, and present a punishing God as if we have to beg for mercy.

God is very merciful and kind, and much closer to someone who is repentant of their sins than the person who assumes they look good to God. The worst punishment we can suffer is mental, for the harm we cause to other people and the consequences of that, and its awareness. I had been the worst judge of myself and had judged myself abusively and unkindly, based on how other people had judged me.

I could still be a Muslim and live in peace for how God made me. I also became very much involved with interfaith activities. I think we are all little caravans with different beliefs and rituals, all ending up at the same place, the center (which is God). I go to the mosque and still wear the hijab at the mosque, but outside I wear clothes that allow me to express myself artistically, and deeply express myself for who I am.

I have become deeply more compassionate. I could actually go to a temple, to a mosque, to a church, to the woods and ocean, to worship anywhere. I feel deep respect for a person with strong character and a good heart, no matter what they believe. There is no compulsion in religion. I have begun to read Rumi and the Mathnawi and express my religious and spiritual beliefs through my art. What had been ingrained in me as a child has come back to me as an artist, in paintings of angels decorated in gold, and the flowers representing the ones that I grew within Massachusetts.

I have a deep belief in the Quran and wish to die a Muslim because I believe in the Oneness of God that I found in the woods. God made me a certain way and gifted me a certain way, and this I can not deny myself. I cannot live in a straitjacket of other people’s judgments or cultural norms. I believe very deeply in a God of love, and that He loves all of His creation, not only on this planet but throughout the universe, despite their differences, race, rituals, and faith. 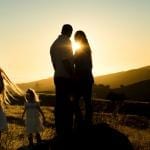 April 12, 2020
Solitude and the Virus | An Unexpected Silver Lining
Next Post

Muslim
Reflections on Life on My Way to Bangladesh
Mostly Muslim