To Fight Terror Break the Vicious Cycle of Trauma

The term “chosen trauma” was first used by Psychoanalyst Vamik Volkan in an essay published in 1991.  It refers to a group ascribing an inordinate amount of emotional and historic significance to a persecutory event.

According to Volkan traumatized groups evolve two kinds of leadership. The “reparative” type uses the traumatic event to unite the group and solidify its identity without harming another group. The “destructive type” uses the “chosen trauma” to increase a sense of victimization, vilify a real or imagined enemy and to resurrect dormant ideologies.

These ideologies typically claim exaggerated privilege and endorse revenge. This construct provides an excellent psychological framework to analyze the phenomenon of violent entities such as Daesh.

At the outset of this discussion it is important to be cognizant that the most prominent terrorist groups have appeared in regions where armed conflict and failure of leadership have coincided.

When you have millions of humans in fight or flight mode, many will be vulnerable to indoctrination. Especially into the black and white deceptions of absolutist narratives.

Types and Role of Propaganda

The first category of events that violent extremists have utilized in their rhetoric are those that symbolize persecution by non-Muslims. Long before ISIS, Osama Bin Laden and Ayman Al-Zwahiri released a string of videos and memos listing American and European crimes and painting a picture of a Muslim world prey to a forceful intrusion of economic, social and cultural influence from the West.

Graphic images from theaters of war such as Palestine, Chechnya and Afghanistan were incorporated into propaganda videos that called for holy war and revenge. Like its progenitor Al-Qaeda in Iraq, ISIS has also utilized this ploy to devastating effect.

In each video that ISIS has released the objective seems to be the same: dehumanize the enemy and normalize the notion of violent retribution.

The solitary speech of Abu Bakr Al-Baghdadi uploaded on social media contained repeated references to excesses by Maliki and spoke of the “ideological war” that must be fought with Shias.

The Daesh videos aimed at Syrians speak of the atrocities perpetrated by the Alawite Bashar-ul-Assad on Sunni civilians.

The Role of Ideology

Another aspect of Volkan’s thesis that appears here are the nihilistic exegeses of Islam proffered by terrorist groups that summon potential recruits to the supposed “original” form of Islam that existed in the religion’s earliest days. Invariably this vision of a pure Islam is tailored to inspire the elements of victim-hood, revenge and exaggerated entitlement described by Volkan.

Both Bin Laden and Baghdadi compared their followers to the companions of Prophet Mohammad. Both asserted that they alone held the banner of true, unadulterated faith.

The “chosen trauma” paradigm is thus utilized by violent extremist leadership throughout the Muslim world and provides them with a powerful modus for imposing draconian statutes as well as evoking fear and hatred. It allows them to justify persecution both within the ingroup as well as towards outgroups designated as enemies.

It is important to note here that terrorist groups are not the only entities that employ chosen traumas to sell war and persecution. Many nation states including secular ones evoke traumatic events to motivate the public for war. The most recent and obvious example is the use of 9-11 as a permanent backdrop to the arguments for regime change, drone warfare and full scale invasions.

The Perils of Graphic Internet Propaganda

The crucial role that the vicarious trauma of graphic videos plays in fostering hate on all sides cannot be stressed enough. These videos are viscerally disturbing and evoke fear and loathing-which they are designed to do. While their transmission on popular websites is protected by free speech laws some self-censorship is certainly called for. The tendency of some sources to seek out the most gruesome carnage and put it on display for all may enhance popularity but benefits ultimately only those who feed on hatred and schism.

The Crucial Role of Leadership

In the final analysis ISIS and other terroristic entities can only be successfully countered by the emergence of the “reparative” leadership that Volkan speaks of to replace the “destructive” type.

A Mandela or a Gandhi perhaps who validates the traumas suffered by the people but does not utilize them to foster hate. Who uses a history of shared traumas to bring people closer-and teaches them not to seek vengeance but “to do unto others what you would have them do unto you”. 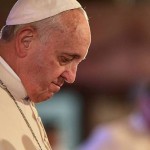 April 28, 2017
Pope Francis in Egypt: The "Salaam" That Must Echo Around The World
Next Post 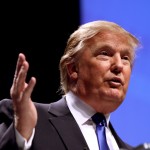 May 19, 2017 The Speech Donald Trump Will NOT Be Making In Saudi Arabia
Recent Comments
0 | Leave a Comment
Browse Our Archives
Follow Us! 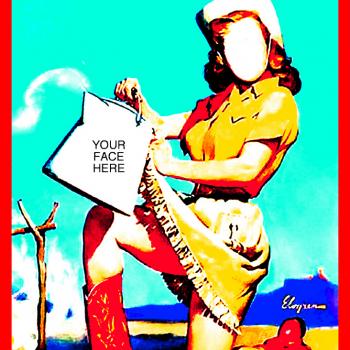 Muslim
America: The Gaslighting of a Nation
Holding The Tension of Opposites 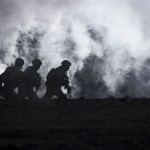 Muslim
The Tyranny of Realpolitik: Understanding the Modern Context...
Holding The Tension of Opposites 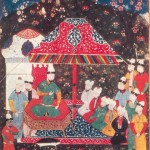 Muslim
Ibn Taymiyya and the Mamluke Sultans: Takfir and...
Holding The Tension of Opposites 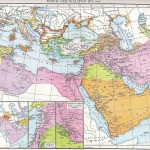 Muslim
On the Genesis of Violent Extremism: The Mutazila,...
Holding The Tension of Opposites
TRENDING AT PATHEOS Muslim