Thirty seems to be the magical number for a lot of people.

It’s when they say you’re supposed to have a majority of your shit together. Additionally, you should be in a solid career, have a pristine family and be on the road to financial stability. In my early to mid-twenties this was my goal. To be honest, at that time, ten years seemed like more than enough time to get my affairs in line.

Let me give myself some credit here though. I’ve done things I wanted to do. I’ve accomplished a lot in my career and personal ambitions but societal expectations can weigh heavy on you. That’s why its important to fight against them and remind each other.

Now that I have been 30 for almost six months I can have some say-so in this matter.

Dish out my own piece of sistaqueen advice for things that may happen once you reach 30:

If you’re a woman in your late twenties to early 30’s I already know I’m preaching to the choir. If you’re a woman who could careless about turning 30 I bow to you because you have successfully bypassed all the expectations that society and people throw on us.

As a woman most of the expectations will get pretty personal. They rotate around two things. These two things will become a platform for public conversation:

People will think its their “right” to advise, discuss and even sometimes embarrass you. Like these will become regular dinner conversations and sometimes they will carry on even if you’re not saying so much as a word. It is forever disrespectful to talk about these topics without consent from the person you’re actually talking about. Yes, y’all I just used the word “consent” because I could name the countless of times I have heard or been involved in conversations that revolve around the body or choices of a grown ass Muslim woman. If its a conversation about you and you prefer not to have it than your consent has not been respected. These conversations can be very humiliating for some folks if they aren’t able to stop people in their tracks.

Your body is not open discussion for people.

Because by the time you reach 30 you’re grown as hell.

So stop moping around and be like a Twinkie!

October 27, 2016 Rat Tail Comb
Recent Comments
0 | Leave a Comment
Browse Our Archives
get the latest from
Muslim
Sign up for our newsletter
POPULAR AT PATHEOS Muslim
1

Is The Table Spread in the...
Ask A (Born Again) Muslim
Related posts from MUSLIMNLOVE

Muslim
Womanhood and the Muslimah
MUSLIMNLOVE 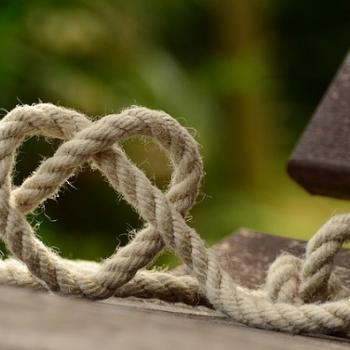 Muslim
Sweet as the Sunnah: 5 ways to Hit...
MUSLIMNLOVE
TRENDING AT PATHEOS Muslim