My testimony at the Colorado Senate Judiciary hearing on civil unions 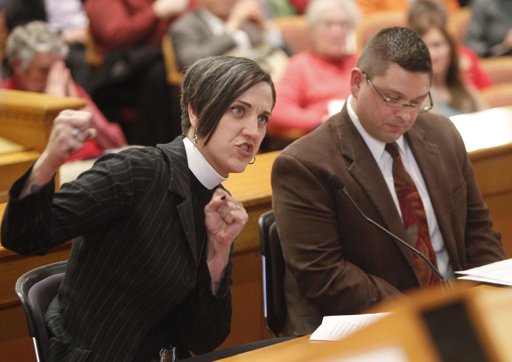 I was asked by the Interfaith Alliance of Colorado to testify in front of the senate judiciary committee on the issue of civil unions for GLBTQ couples.  Here it is.

Thank you Madam Chair and members of the committee.

My name is Pastor Nadia Bolz-weber.  I am ordained in the Evangelical Lutheran Church in America and serve a congregation here in Denver called House for All Sinners and Saints.

I’d like to start by saying that people of good faith dis-agree on this issue but I speak in favor of civil unions.

I’m not an activist.

But I am a preacher and a public theologian. So here’s what I feel is mine to say.

Much of the early church were convinced that gentiles could only become Christians if they changed into being Jews first (which, for the record, involved a rather unpleasant process), and much like our first century brothers and sisters there is a segment of the church today who thinks that if we extend the roof of the tent to include “the gays” then the whole thing will come crashing down around us.

And some will say that if we allow gay couples to have equal status under the law, the institution of marriage will come crashing down.

So there are some who see it as their job to stalwartly guard the boundaries of the tent to keep it from crashing, and some who think it our job to be bravely inclusive and stretch the tent.

Either way, it’s misguided because …it’s not our tent.  It’s God’s tent. The wideness of the tent be it the church or society, should only concern me insofar as it points to the great mercy and love of a God who welcomes us all as friends. And of Jesus who welcomes all to his table.

You think I like that?  You think I want to sit at the heavenly banquet next to Ann Coulter?  Not so much.

And if the laws of our great land make it seem so, then SHAME.  ON. US.

February 13, 2012
Apparently HFASS is an example of the horrible things that go wrong when women become pastors
Next Post 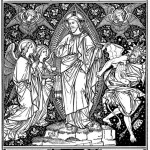