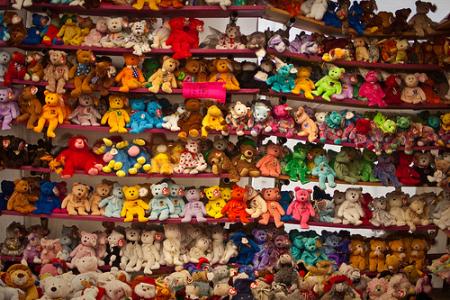 (sorry, no audio this week)

“it is an unhappy business that God has given to human beings to be busy with. 14I saw all the deeds that are done under the sun; and see, all is vanity and a chasing after wind.” Ecclesiastes 1:13-14

Welcome to Ecclesiastes. All is vanity.  Nothing ends up mattering.  Everything for which we toil is fricken pointless. We are born and grow up and then just work and work for what? And then we just die. What’s the point? It is an unhappy business that God has given to human beings to be busy with.

If the writer of Ecclesiastes was around today, I’m pretty certain it would be a really emo teenager in black skinny jeans who smokes clove cigarettes alone in their room listening to Morrissey or My Chemical Romance

For someone like myself who is just a wee bit prone to cynicism, the fact that there is something in the Bible so whiny and sardonic about the futility and pointlessness of human activity is kind of delightful.

Because oh my Gosh do people busy themselves with some fleeting ridiculousness while thinking it matters.

There was a man in the first church my husband Matthew served as pastor, a grown man in his 50s who had this enormous Beanie Baby collection.  Once, at a church social at his house he took us into a bedroom where he had his collection stored in flat Rubbermaid containers stacked to the ceiling and under the bed. He pulled out one in particular, a special one, but honestly, since I couldn’t care less about beanie babies I can’t tell you what it was…a  mouse or a bear or a lobster…but what I do remember was how delicately he removed the tiny stuffed animal from it’s own protective box as it were something very precious.  “This one”, he said in a hushed tone “is the most valuable.  It’s vary rare”

I looked at him like he had last his last mind. Vanity of vanities…all beanie baby collecting is vanity.

But of course different things are vanities to different people. I may find the collecting of beanie babies to be pointless but you may find my obsession with weightlifting to be irretrievably stupid.

It’s weird, but thinking about that one rare beanie baby, I realized this week that maybe it’s the perfect example of why we humans have a hard time – as the Gospel text says, being rich toward God.  Because, unlike for God, for us, scarcity seems to be the origin of value.  The more scarce a resource is, the more valuable it is.  The most valued gems and minerals are never ones you find in your own back yard.  The most valued skills are not walking, or like, the ability to boil water.  But the most valued skills are things like the ability to oversee a multi-national corporation and the ability to pitch a baseball more accurately than everyone else…we value these skills because they are scarce.

But what’s perverse is that we both value and fear scarcity at the same time.  Our fear of scarcity leads us to see our lives through the lens of “not enough” rather than “more than enough”.  In our Gospel text for today Jesus tells a parable about a farmer who had a large harvest and instead of seeing it as more than enough he saw it as not enough.  Then the guy builds bigger and bigger barns to store his crops for himself.  Which is it’s own hell in a way – when we live as though abundance is really scarcity.  Because then, regardless of how much there is, it’s never enough.  Never enough money. Never enough food. Never enough attention. Never enough love. Never enough time. Never enough social life. Never enough good being done. There’s only a scare amount of what’s valuable, so we must grasp at what is ours.

I started wondering this week, what is it that I hoard in fear of scarcity? My time? Do I hoard my heart? My energy?

So given all of that, what does it mean, as Jesus says, to be rich toward God? Some will tell you it’s about giving money to church and I am the last one to dissuade you from this, but I think maybe this text is less about how we give and more about how we receive (even though the two are related).  My sweet parents are great example of this. They have always given away at least 10% of their income, but my mom used to say that tithing is not God’s way of raising money.  It’s God’s way of raising children. She would say: you know what? We get to keep 90% of what’s not ours to begin with.  What a great deal, right?” And with that, we didn’t have a lot, but we always had enough because she saw what we had as coming from God.  She knew from whom she had received. It wasn’t generosity, it was gratitude.

It was knowing that all we have been given is from God.  It is to see that the world and everything in it belongs to God and that every good thing we have received has been given for the good of ourselves and our neighbor and the world God loves.

Because To be rich toward God is not to give to God like we are doing God a favor by adding to God’s bank account, which oh by the way is the same as the church’s bank account which oh by the way is what pays into my bank account. So let’s just take a minute to admit that all of this talk about giving and abundance and generosity is a little tricky to preach about in the face of the so-called Prosperity Gospel – the perverted message TV preachers give that if, as an act of faith, you give money to them, then God will bless you with cash and prizes as a big thank you for helping that preacher buy a Mercedes to the glory of God.  That is, of course, all complete hogwash.  But Prosperity gospel preachers should not be the only ones talking about abundance and generosity. So I say let’s take it back.  Let’s take it back because it matters.

Because as I say every week, gratitude is a spiritual practice. So let’s recognize what abundance God has given us, because to fail to do so is to lapse into the self-absorption of the rich farmer, or the nihilism of the writer of Ecclesiastes.

You would think that writing in the book of thanks and giving an offering would be how we practice gratitude, but if being rich toward God is more about receiving than giving then what more profound act of gratitude could we have then receiving the body and blood of Christ? I don’t hesitate to say that the reason we have an open table here at House is not because we are generous, but because we know whose table it is and we are grateful.  The open table is not about us practicing hospitality. It’s about us participating in a divine alternate economy that subverts our values.

Some out there would teach that the Eucharist is just too valuable to be cheapened by allowing just any fool to receive it. Just like it can be hard to see the value of God’s grace if, like, everybody gets to have it. So we tend to set up worthiness systems so that we can prove how valuable the gifts of God are. But see, I don’t think that scarcity is where the value of something originates to God. And I’m certain that scarcity is not something that God fears- after all, how many stories are there in the Bible of water appearing from no where, and flour and oil lasting forever, and manna from heaven and the feeding of thousands with a couple loaves and few fish.  Scarcity is not the origin of value for God, I think the boundlessness of Gods own heart is the origin of value to God. I mean, come on, God did not create the heavens and the earth by holding back in case he ran out.

No, I think that which is most valuable to God is that which God gives freely without reserve, and without end.  It’s foreign to us. That something so indiscriminately given can have value. But that is why, unlike our lives in which we live in the scarcity of not enough, the love and grace of God is something that we can REST in. There is more than enough.

We do not have to toil under the sun for it. We do not have to hoard it or worry about it. Having received it we are free to give it away as passionately, indiscriminately and wontonly as God does.