Sermon: Field Notes on Grace from 10 days on the Road 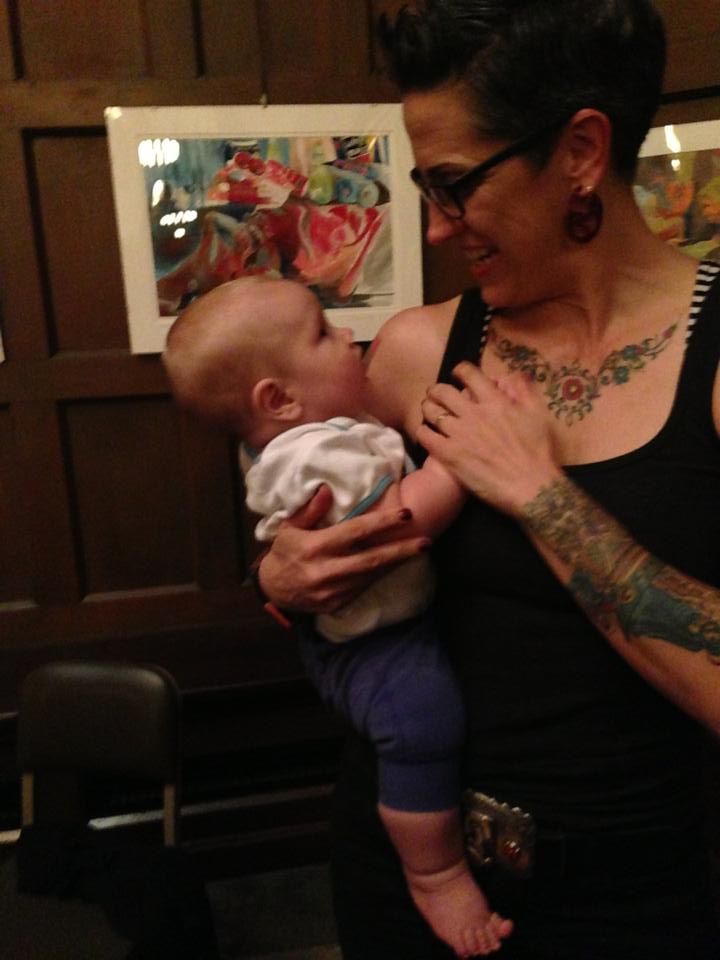 Just for the record I really did try this week while on countless airplanes and in countless hotel rooms to steal 20 minutes here and there and write a proper sermon as though I was really here in town and among you this week. I tried. And I failed.  I don’t want to totally blame the lectionary on this but seriously, that is about the worst parable in the Bible and in all fairness, preachers throughout history have gone to great lengths to avoid writing a sermon on this particular parable.

So try as I might, I got nothin. And for most of the past week I blamed this on the parable but really I can’t know what to preach to you if I have not been among you. And being home one day in 10 doesn’t cut it.  So, forgive me for ignoring our texts. But what I have to offer you instead are the following field notes of grace from 10 days on the road.

Someone in the book signing line suggests that he hopes this book is as popular as The Shack. I look at him like he just insulted me.

#2 Minneapolis – 2 hours before the book event I get a panicked tweet in all caps from a bus load teenagers driving in from Iowa WE COULDN’T LEAVE UNTIL AFTER SCHOOL. WE’RE 15 MINUTES LATE. DON’T START ON TIME. WE DON’T WANT TO MISS A WORD. – my first thought was Man, these kids must be true House for All Sinners and Saints people … we never start on time.

In the book signing line the mother of the girl I was tweeting back and forth with leans over and says “you have no idea what your talk in New Orleans did for my kid’s faith. She spoke about you and your church in a faith statement where she also came out to the congregation.” I turn around, catch the kid’s eye, stand up and give her a big hug and say “thank you”. That hug felt like it wasn’t from me – it was from you. It was from this church I love who has given that embrace to so many beautiful children of God as though you are saying to those who come our way “yes. You too. This grace that overflows the heavens…this love of a surprising God, this body and blood of Christ is for you too. If you’ve ever been told otherwise you were lied to.”

#3 San Francisco – I walk into the last 10 minutes of Paul Fromberg’s adult education class on Sunday at St Gregory of Nyssa Episcopal Church in time to hear him say this: he wants to think about and dwell in what is actually real rather than mostly thinking about and dwelling in what he is afraid of.

#4 Seattle – I had a really emotional conversation earlier in the day and started the evening already exhausted. For some reason, the nice volunteer from the cathedral suggested to everyone in the book signing line that they not only write their name on the sticky note but they add whatever additional inscription they’d lie me to write, making the line move 10 times slower and also forcing me to write things like: May you be carried on the wings of the spirit and other crap I. Would. Never. Say.

She was really very sweet but I was completely over it and so ready to go back to hotel and sleep when instead of handing me another book to sign with a sentimental inscription, someone handed me their unbelievably chubby baby to hold.  They just took this magnificently chucky baby boy and thrust him in my arms and it felt Eucharistic.  Like the Gospel had torn me down and put me back together in a single action. I had no idea that’s what I needed in that moment, but apparently God did. Like God said to someone get that lady a chubby baby – and fast!

#5 New Orleans – my publisher had gathered several authors – two memoirists and 2 novelists for dinner. We had a great time eating rich foods and swapping rich stories when I turn to the writer next to me, this guy named Paul, who had been very kind to me earlier in the day, and asked “so, what is it that you have written?” Before he could answer, my publisher Wendy turns to me and says “It’s a little book you may have heard of… called The Shack.” And then I felt bad, not because he wrote one of the best selling books of all time and I didn’t know that was him, but that I have said snarky things about that book and yet I really liked this guy.

I was exchanging emails with the Housekeeping team, the leadership here at House, about our meeting tonight. In a passing moment of exhaustion I ask for their prayers and said that I was kind of drowning. Vicar Moose emails me this: “Pastor Nadia, you have already stepped out of the boat and you are seeing the strong wind.  Trust that Jesus, who is already out on the water, and that he will immediately reach out his hand and catch you.”

I’m honestly a tad freaked out and overwhelmed by my little book taking off like it has and feel a weird ambivalence about it. On the one hand it feels great to know that whatever Gospel message I am putting out is being consumed by so many hungry people. But on the other hand, I like my life exactly like it is and I like this church just like it is and I am afraid of what this all might mean and I am afraid that I don’t know what this all might mean.

So yesterday I asked Paul Young, the Shack guy, if he’d be willing to share some advice about how to navigate this ride I’m on with out falling off of it.

And here is where things got uncomfortably Gospel-y. This man looked me straight in the eyes, well, kind of up into my eyes, and said “Nadia – you are just participating in something God is doing.  God doesn’t do things alone and we can’t do redemptive things without God.  You are already good enough in God’s eyes to be participating in this. God’s grace is enough for today.  It always is enough for one day. Do not fear”, this man whose book I has said snarky things about said to me with nothing but love, “do not live in fear of what is to come because God only exists in reality and the only reality is right now and God’s grace is enough for this day. It’s all you have.”

20 minutes after I hugged Paul goodbye in the airport yesterday and said thank you for pastoring me, it’s just what I was needing, I was grabbing a coffee when I heard a man’s voice say “Nadia!” I turned around expecting to see Paul and instead saw a taller balder man in his 50s who was like “Oh my gosh, I can’t believe it’s you I just finished your book”. This complete stranger said that he is an Evangelical with a teenage daughter who just came out of the closet and that I have no idea how my words have helped him and he teared up … and took a selfie with me. And immediately I didn’t see it as an intrusion or as weird or uncomfortable but as a grace from God who is stirring in people’s hearts and lives in a way I get to participate in. As though God just needed some schmuck like me to write words on some paper not knowing what God would do with those words.

Tonight after church we are talking about how God seems to be stirring in the hearts and lives of those who come through the doors of this church…many more people than we ever dreamed of.  As though God just need a groups of Schmucks to set up some chair and prepare a table with bread and wine not knowing what God was going to do with those chairs and loaves.

I don’t know why it is that as with the pastor so with the church. But I started to wonder if all of this was somehow related and maybe even related to an issue in the parable of what it means to be entrusted with something that is God’s or as Paul Young puts it, Participating in something God is doing.  There are hungry people.  Maybe more than we knew. And this community and it’s pastor are simply participating in something God is doing.  And all I have to offer you as your preacher tonight are these field notes of grace and some wisdom from 3 different men who spoke truth to me this week:

*Perhaps we should be present to what is real and not just what we are afraid of.

*There is enough grace for today. And that’s what is real.

*We have stepped out of the boat and are seeing a strong wind. Let’s you and me trust Jesus who is already out on the water with us because he reaches out his hand to catch all who think they are drowning when really they are walking on water by the power of God’s spirit. Amen.

September 2, 2013
Sermon About How Totally Uncool We Are
Next Post