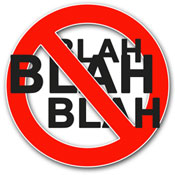 After my quiet time with the Lord, where I was bathing in prayer, God laid it on my heart to be a transformational leader by just loving up on my blog readers and offering them some ideas from my missional imagination.

Earlier this morning, I saw a tweet from @JesusofNazareth316: Blessed are they who stop using the word “‪#missional“, which caused me to post something on Twitter and Facebook asking people what their favorite church jargon is – mine being “Missional Imagination”. The response was unbelievable and also quite interesting.

1. Mainline Protestant church consultant/bad seminary class lingo. (“Missional imagination”; congregations as “centers for evangelical mission”; pastors as “transformational leaders”; referring to members as “giving units”; and churches “doing life together”) this language has a commonality with corporate jargon and like corporate jargon, refers to the culture and practices related to an organization.

IDEA: Let’s make sure that in seminary classrooms and at church conferences and in congregational life when we use a term or a phrase, that it points to an actual thing, or person or event and is not just a string of words that sound like something meaningful but in fact, lack real meaning. There is a reason that my computer does not recognize the word Missional. Try it at home.  Go ahead.  Type that shit and see.

2. Evangelical piety lingo.  This was overwhelmingly the most common type of answer: using “just” repeatedly as a placeholder for “um”; wanting to “love up on” someone, “God laid it on my heart to tell you ___”; I just have “a heart for” children in Africa; asking God for a “hedge of protection” – (this one was new to me)

IDEA: Stop it. This is crazy.

3. When we say ___, but we really mean is ___. “We have discerned” when used to make a simple decision sound special, holy, and beyond reproach; “I’ve got a word from The Lord for you” which is usually followed by some kind of manipulation; “I just don’t feel a peace about it” = “I’ve decided not to do it”; “I’ll pray for you” is code for “Let’s stop talking about your stuff now”; “laid on my heart” usually means “I want my idea to have extra authority”

IDEA: Let’s just tell the truth.  Doing otherwise hurts other people and makes us look like assholes. Related IDEA: Let’s have churches where it’s ok to say you don’t want to do something and where it is ok to just have an idea be your idea and not something co-signed on by the Almighty.

4. Stuff that just sounds creepy. “We just want to love up on these kids”; a speaker saying Jesus had just “nailed her to the floor”; a post-evening service thingie called…”Afterglow”; keep “pressing into God”, you should “bathe that in prayer”

IDEA: Maybe we could take a minute and actually hear what we sound like to normal, non-churchgoing folks. Seriously.

Sure, jargon has it’s place.  We sometimes experience real things – things that have to do with actual people and events and physical reality, and in an effort to describe that, or in an effort to look toward something more, something bigger, we create language to sprinkle on top.  We make new phrases.  This is natural.  The problem becomes when these phrases and jargon replace speaking about things that are real.

Maybe there was a moment in prayer when someone felt really vulnerable and exposed and in his or her mind they saw an image of protection from God, and it seemed like it was almost like a hedge. There is nothing wrong with that.  The Psalmist did this kind of thing all the time.  And maybe there was a moment in time when, in reaction to a real situation, someone realized that the church was too focused on itself and focused enough on God and they realized that God is not just in the church but outside it as well, and in an effort to think broadly about this they thought “maybe what we need is to imagine what God wants to accomplish – we should have a, I don’t know…like, a missional imagination”.  Fine. Nothing wrong with this. But what happens is that the farther that “hedge of protection” and “missional imagination” is from the actual feelings and events and people it was created to describe, the less actual meaning it has.

So, as someone who is constantly being told to “watch her language” I offer the same. Let’s watch our language out there.  The church has some beautiful things to offer.  Let’s all speak of God and faith and community in clear and simple language. I’ll try and do the same. (right after I ask God to form a hedge of protection against my web-enemies)

February 13, 2014 Sermon on that special class of salty, light-bearing people to whom Jesus preaches
Recent Comments
2 Comments | Leave a Comment
"Grief and loss are really tough things to deal with. Sermons on this matter from ..."
Don Davies An All Saints Sermon on Grief ..."
"Ive read the bible. Its the #1 reason I am not Christian. The behavior of ..."
JD The Denver Statement
"To trust in God rather than try to analyze His motives (meaning, sit in judgment ..."
Eric Rachut The Denver Statement
"You tell me."
JD The Denver Statement
Browse Our Archives
Related posts from Nadia Bolz-Weber