You Know What Sounds Awesome About Now? A Good, Juicy Apocalypse: An Advent Sermon 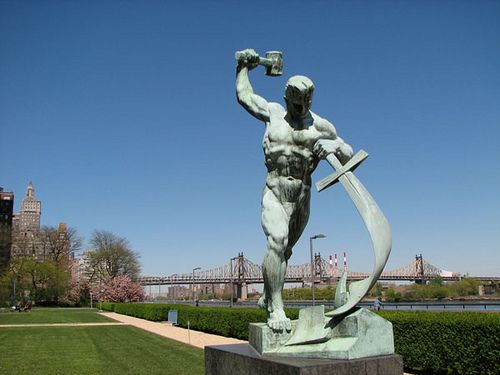 Ah, here it is, the first Sunday of Advent – and you know what sounds awesome about now, is a good juicy apocalypse. Because what the hell has 2016 been if not apocalyptic? And I mean that quite literally since Greek for un– is apo and the Greek for cover is kalupten. Apocalypse literally means to uncover. To uncover what is already there. And the racism and violence and xenophobia and sexism we have been devastated by in this country was not created this year – it was just uncovered this year.

But that uncovering has been devastating and I, like so many of you am having a hard time staying present. Normally I read the New York Times every day – like the actual paper paper. But I have to confess that for over a month I’ve paid for the delivery of an expensive newspaper that never leaves the blue plastic bags it’s delivered in. I just can’t. We are surrounded by terrifying predictions about the future right now and I can’t. I just can’t. And yet here we are the first Sunday of Advent – at the start of a season that invites us to be present, to wait, to anticipate and watch and pay attention and I find I can’t seem to safely or reliably do any of these things. But at the same time, I want to be present. I don’t want to let the anxiety and fear in but I also don’t want to miss what a gift it is to be alive. So maybe Advent and what it offers us is kind of perfect for right now – for this moment in our lives and in our country.

So, for the first time in my career as a preacher I am delighted that we get apocalyptic texts to start off the season. I mean, I get it, usually by now I want to have that cozy focus on Mary and the arrival of the baby Jesus so I wait and preach on the 3rd or 4th Sunday of Advent and just skip this end of days stuff at the beginning. But this year I think I finally appreciate why it is that there’s an amazing B-side to the Advent album that focuses on the 2nd coming of Christ. It’s never really been something I was that into – the focus of the 2nd coming that we get in the texts at the beginning of Advent – it’s always just felt like having to eat our liturgical vegetables – something we had to endure to get to the Angel Gabriel and stuff we like more. But this year is different. This year I’m grateful for the focus on the 2nd coming of Christ because I just need the story to be bigger. I need Advent to be about both reaching back toward the coming of the Christ child and reaching forward toward the story of Christ coming again. Because I need the story to be bigger. Because if the story of 2016 was all there was– if the scope was that small I just couldn’t bear it. I mean, of course I can’t be present to that.

Now, I get that the 2nd coming has been used as a way to scare the bejesus out of people to try and get them to behave the way the church decided they should but that’s not what I’m talking about. I’m not talking about that kind of bizarre, fear-mongering certainty that people seem to crave. That’s why I think maybe it’s important in this season of Advent to see how expectations differ from expectancy. Perverse expectations are what folks have who use a couple verses that we heard from Matthew to teach that bogus thing about there being a rapture. Expectations are when we think we know exactly what’s going to happen in the future and who the good people are and who the bad people are and what rewards the good people will get and what punishment the bad people will get. (Footnote: see the history of most of Christianity if you want to know more about this.) But expectancy isn’t about the certainty of faith – expectancy is about the mystery of faith: that Christ has died, Christ is risen and Christ will come again. And Advent is more about staying awake to the mystery of faith rather than about foreclosing on the certainty of faith by making everything in your life and the world fit into what you’ve conveniently decided is “God’s will”.

Maybe expectations are when we think we already know the outcome. And expectancy is when we are open to whatever the outcome may be knowing that whatever it is, God will be with us. Expectancy is about trusting that the story is bigger. That God is already present in the future we are anxious about.

Expectancy is what the prophet Isaiah expressed when he spoke of the future in this way:

In the days to come God shall judge between the nations,

and shall arbitrate for many peoples;

(you know what the result of “God’s judgement” is? Peace)

they shall beat their swords into plowshares,

and their spears into pruning hooks;

nation shall not lift up sword against nation,

neither shall they learn war any more.

Just to be clear, Isaiah wrote this when things weren’t going so great for his people, as a way of saying the story of God and God’s people is bigger than what is happening right now so wait for the Lord, whose day is near, be strong, take heart.

This is expectancy: to anticipate that God fulfills God’s promises.

Expectancy isn’t about singing “happy days are here again” as though certainty and optimism will save us from this present darkness. Expectancy is confessing that the story is big – that the story reaches back and it reaches forward and that the promise that God is not done, and that we will not be left alone still holds. This hope to which we cling is not a naive hope. Nor is it an escapist hope. But quite the opposite. It’s the hope of people who have heard the dangerous rumor that there is life beyond death and hope beyond suffering.

And to be clear, it is dangerous to say that our hopes are not something in our grasp, that there is a future created not by ourselves, or our progressive beliefs or our institutions, but by God. It goes against every Western individualistic message of self-propulsion we have ever received. And here we don’t just say it, we celebrate it. It’s a crazy thing we do as Christians, to say that our hope is not in the Dow Jones but in the God of Abraham and Sarah, our hope is not in the government but in the God of Isaiah and Mary Magdalene our hope is not in the non-profit industrial complex but in the God of and Teresa of Avila and Theresa of Calcutta. Our hope is not ever in our ability to be hopeful. It is not in our ability to be politically correct. It is not in our ability to get anything right whatsoever. Our hope is in the God of Jonah and Hagar. Because foundationally we are a people of a story. And that story is fundamentally a story of God’s promises. And it is through this story that we view ourselves and others and history and the whole world. This is what it means to stand in the midst of a troubled world and raise our heads in expectancy pointing to from where our help comes. It comes from a God of promise who is faithful. As a people of this story we have one hand reaching back to touch the hope of the prophets and one hand reaching out to God’s promised redemption of the world and by reaching both back and forward in this way we are then open – open and vulnerable to the realities of the present. And here’s what I want you to hear from your preacher tonight – when we stand in this big, big story, with one hand reaching back to the hope of the prophets and one hand reaching forward in expectancy of the promises of the future we can stand firmly in the reality of the present and not have that reality consume us. Even in the midst of political turmoil and fear and hate and uncertainty we can stand here in the reality of the present and confess that the story is still being written. The story of God and God’s people is written on the tablets of our broken and healed hearts. It is written in the lives of our ancestors and it is written in the future of our children and our children’s children.

This is the Christian life. The Biblical story of God’s redeeming action in the world forms who we are. A world in which Christ’s love is the rule. A world in which swords are beaten into ploughshares and guns are melted into combines.  And we cling like crazy to this hope…hope which the apostle Paul reminds us, does not disappoint.

This hope that doesn’t disappoint is not a naive hope…it’s a gritty expectancy. A waiting on God.   Holding God’s feet to the fire and saying “You promised” You promised to be with us God and we boldly and unapologetically claim that promise as our own. Here we dare to get our hopes up. Here we dare to wait for the Lord whose day is near. We dare to be strong. And we dare to take heart. Because there is more to the story than just what is happening now. Thanks be to God. Amen.

November 8, 2016
An All Saints Sermon on Grief and Babies and the Breath of God
Next Post

December 6, 2016 The Thoughts That Are Always On Repeat: An Advent Sermon
Recent Comments
0 | Leave a Comment
"Grief and loss are really tough things to deal with. Sermons on this matter from ..."
Don Davies An All Saints Sermon on Grief ..."
"Ive read the bible. Its the #1 reason I am not Christian. The behavior of ..."
JD The Denver Statement
"To trust in God rather than try to analyze His motives (meaning, sit in judgment ..."
Eric Rachut The Denver Statement
"You tell me."
JD The Denver Statement
Browse Our Archives
Related posts from Nadia Bolz-Weber