cartoon: t-shirt idea for the elect only 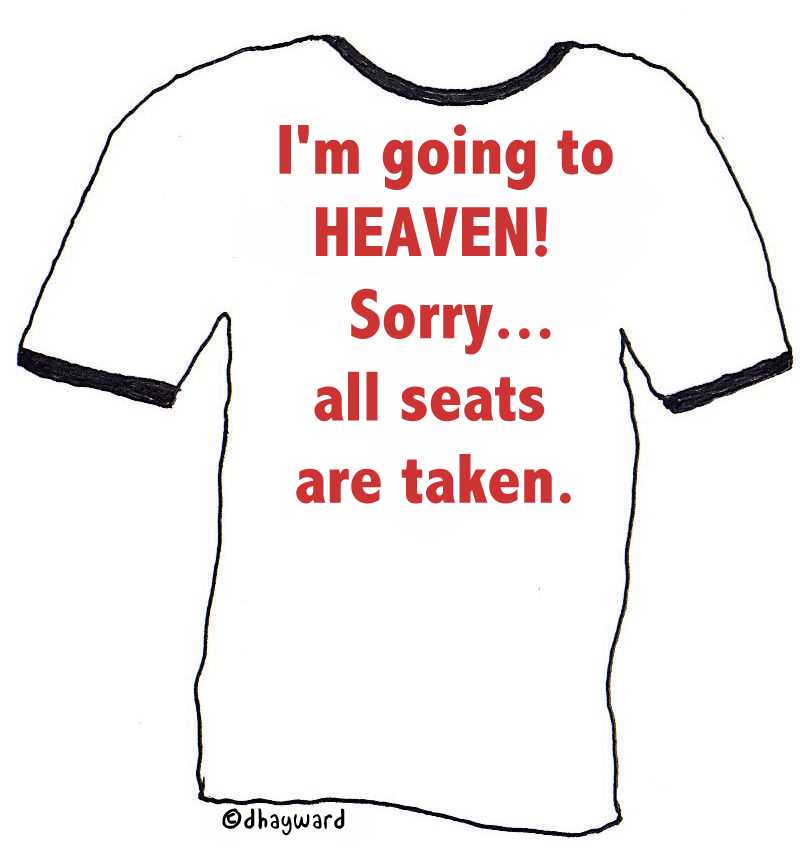 When Barth was teaching Calvin to his students, he expressed a deep fondness for Calvin, emphasizing the great contribution he made to our understanding of such things as election, predestination and damnation. However, Barth felt that although Calvin’s theology was basically Christocentric, he believed Calvin didn’t apply Christ far enough.

Barth solved Calvin’s problem by carrying what the bible calls the power of Christ and the work done in and through him by teaching that in Christ all people are both damned and elected. When the bible says Christ became sin on the cross, it means that all humanity became sin along with him and were damned, abandoned and rejected by God. When the bible says Christ was raised, it means that all humanity was raised, made elect along with him. This was predestined for all before the foundations of the earth were laid.

The bible teaches the great theme that in Christ all humanity is:

This challenges spiritual pride and entitlement.

Get fine art prints of my cartoons.
Get my fine art.
Get my t-shirts.