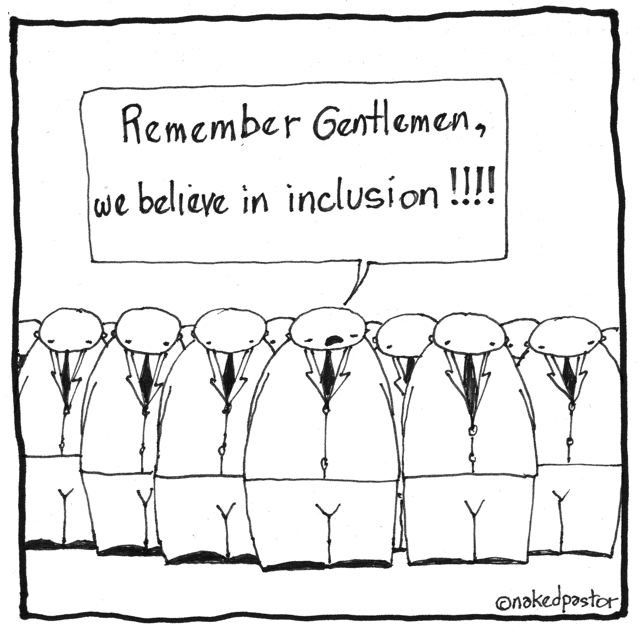 Faith without works is dead. That is, our beliefs are made manifest in action. The action is the belief. We can say we are inclusive but if we are all white middle-class males then the belief can be seriously questioned.

Which reminds me of a story. In 1995 when we left the Presbyterian Church in Canada, Lisa and I wondered if maybe we were being called back into the Pentecostal Church. That’s where we met. So we formally approached the district we resided in at the time. We were granted an interview. We arrived at the Pentecostal district headquarters and were escorted into the conference room to be interrogated. It was full of large white men in suits. Over 20 of them if I remember rightly. It was the most intimidating time in Lisa’s life. And it wasn’t easy for me either. But that was a group that didn’t practice inclusion… because it didn’t believe in it. Obviously.

We weren’t accepted back into the Pentecostal Church mainly because I wouldn’t say drinking is a sin.