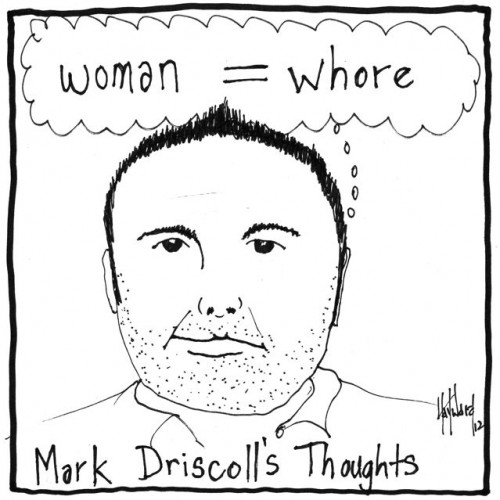 I had this lined up for tomorrow morning, but some things just can’t wait.

Mark Driscoll again exposes his deep issues with women in his post about Esther. Here’s a quote:

Feminists have tried to cast Esther’s life as a tragic tale of male domination and female liberation. Many evangelicals have ignored her sexual sin and godless behavior to make her into a Daniel-like figure, which is inaccurate. Some have even tried to tie her story in with modern-day, sex-slave trafficking as she was brought before the powerful king as part of his harem. What’s the truth? We will see, as I’m still studying and praying.

It’s interesting how he easily casts her into “sexual sin and godless behavior”. But I also like how he suggests that we’ll know the truth, finally, after he finishes studying and praying. Please hurry!

I’d rather read Rachel Held Evans’ take on it.

Mansplaining in the Bible, and a...
Freelance Christianity
Related posts from nakedpastor

"On Earth as it is in Heaven": Living...
At the end of the first of two semesters in the interdisiplinary...
view all Progressive Christian blogs
What Are Your Thoughts?leave a comment
Copyright 2008-2021, Patheos. All rights reserved.