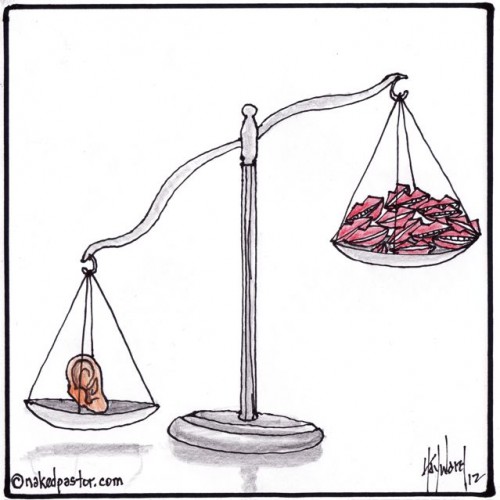 Purchase the original or a print of this cartoon.

Do you take time to listen? Are you receptive? Are you open? Do you hear the many voices? Can you hear the countless stories? Have you felt the anguish, the pain, the joy, the love? Are your mind and heart wide open?

Or do you just chatter your life away, bowling over others in your way? Have you closed your ears and opened your mouth? Do you spout your certainties and shut your ears to questions and doubts? Hard hearted, stiff-necked, deaf and loud?