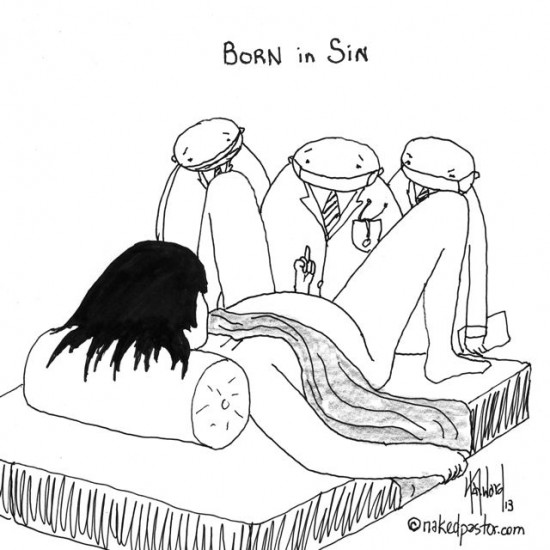 Some stories are just too good to pass up. So Steve McCoy tweeted:

“Teach your children they are broken. Deeply broken.”

It received a slew of negative reactions. But it got some positive ones too.

Stephanie Drury pointed it out on her Facebook page, Stuff Christian Culture Likes. McCoy won’t let her be.

McCoy responds with defensiveness and is unwilling to back down from his tweet in spite of the backlash.

I drew this cartoon some time ago. Obviously, it challenges the idea of original sin and being born in sin.