the church changed its methods but still uses torture 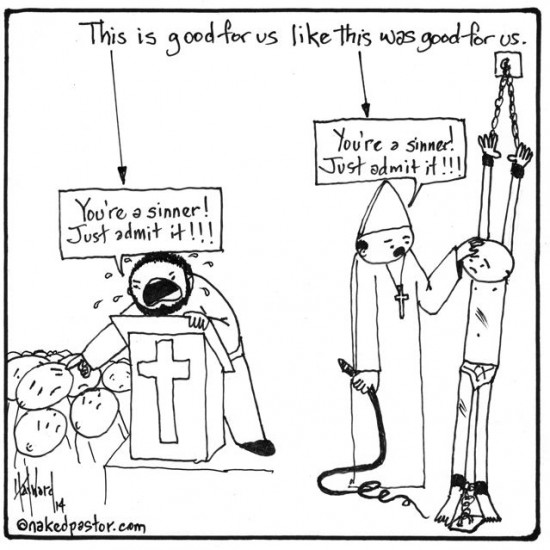 ORDER A NICE PRINT OF THIS CARTOON FOR JUST $25!

We still hear the odd story of a church using physical methods to extract a confession. In a way, sitting through one hour of a verbally abusive sermon has a physical component. I’ve come out of services physically exhausted with muscle strain just from sitting as far back in my chair as possible to get away from the verbal assaults emanating from the pulpit.

Physical torture was used sincerely in order to get the person to say what he or she should say for his or her own good. The torturer was doing the person a favor by getting them to a place where they would finally make a good confession. The church has changed its methods, but the intention is still there… to get people to a place the church thinks they should be.

This kind of torture, I suggest, is a symptom of a deeper malady, and that is the need to completely control another.

It’s a modern form of torture. 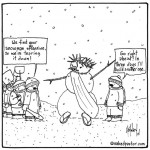 January 23, 2014
snow and the indestructibility of Jesus
Next Post 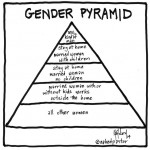 Stop Telling Me about the "Lazy"...
Honest to God
Related posts from nakedpastor