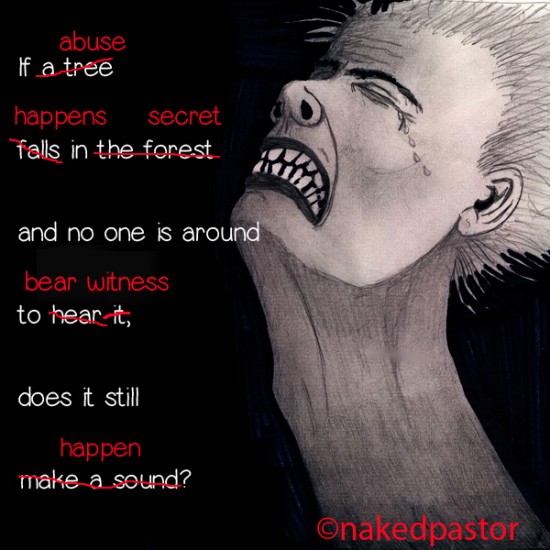 Just because Bob Jones University is doing what it’s doing doesn’t mean it didn’t do what it did.

Last year BJU hired GRACE (Godly Response to Abuse in the Christian Environment) to investigate allegations of sexual abuse on its campus. This week, just one month before its investigation was to be completed and the report was to be made public, BJU terminated GRACE.

What is also sad about this is that universities are usually seen as leaders in thought and practice. This move will remain protocol for churches accused of abuse.

John Shore’s report is worth a read.

The point of the cartoon/ meme is: of course! Of course it is abuse when no one else is there to witness it, or bear witness to it, or talk about it, or indicate it, or admit it, or name it.

Do you need a place to share  your story? Come and join The Lasting Supper. 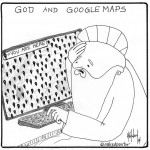 February 6, 2014
Look what happens when God tries to use Google Maps!
Next Post 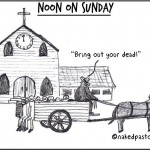