I Am Guilty of Cultural Appropriation!

It is always an exacting experience to examine our own contributions to perpetuating oppressive cultural norms. What is personal inevitably triggers resistance to concepts that directly confront our own behaviors.  This is a process of evolution of belief and social understanding.  While my core beliefs have remained constant my insight into what those beliefs require in terms of actions and the compassionate support of others is in a constant process of maturation.

I am guilty of Cultural Appropriation. This statement does not mean that I embrace any such actions, only that my understanding of the concept has evolved over the years: nurtured by listening to the experiences of those whose beliefs have been trod upon by our privileged over culture of which I am a participant. 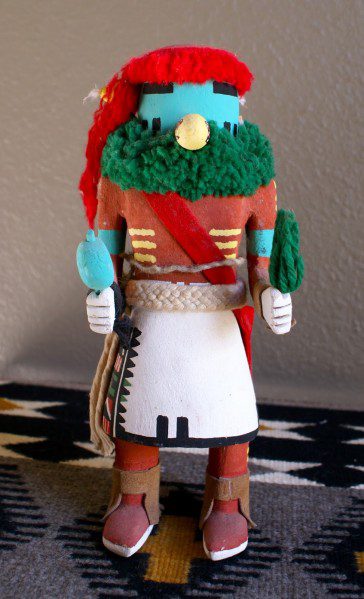 My spiritual journey began in the Hopi Lands of Arizona. In the Hopi I found a true feeling of peace, wonder and appreciation of nature. My young mind was overwhelmed with my sense of having found beliefs that reflected my worldview. For a number of years I embraced everything that was Hopi. Traveling to the Hopi lands often to just sit in silence and soak up the experience of being at a place that so filled my spiritual cup.

In time, I made friends at Hopi, individuals would share some basic beliefs with me and I was always honored.  Central to these beliefs are the idea that much of Hopi religion is held as secret knowledge by clans that one must be born into.  In time. I came to understand that I could have immense respect for the Hopi beliefs and societal organization only by holding their cultural norms as secret.  This understanding meant excluding my own spiritual quest from the framework of Hopi belief.

It was the insight that honoring the beliefs of this culture is more important than my personal needs or desire for insight that began the process of moving from cultural appropriation to cultural appreciation.  There are cultural lines that it is disrespectful to cross.  These boundaries can only be learned by deep listening too and respect for those who are products of the culture.

Recently the community has been struggling with the concept of cultural appropriation.  I urge those who resist the idea to take the time to investigate their actions.  If you feel the pull to honor a deity from another culture speak to a legitimate elder from that culture, determine what is respectful, what norms surround such actions and when personal desires and beliefs should be secondary to honoring the culture from which the divinity emerged. 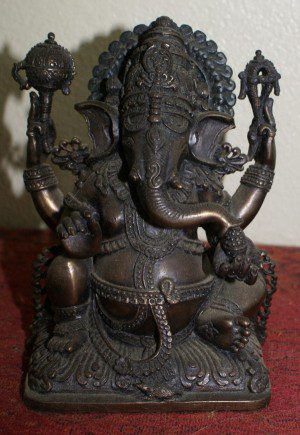 As my Pagan path has evolved I have developed a deep respect for many belief systems and gods from other cultures. My home is filled with these images.  I have a deep regard for what I perceive they represent.  I humbly honor them in private moments in my personal practice. It is important, however, to recognize that I do not have the cultural context to shape public rituals around them.  Such actions would be disrespectful to the communities from which they come. The lines between appropriation and appreciation can be malleable and unclear and we are not all going to agree on where they are drawn. What I ask, of myself and those I worship with, is to approach the subject with respect for other cultures, holding their experiences of appropriation above our own desires for participation.

Cultural appropriation is real. I cannot imagine how insulting it would be if I were to witness the Goddess I honor reduced to a cartoon character on a lunch box, or a corporate logo, or a sports team’s name.  It is not the business of the oppressor to determine what is cultural appropriation; it lies within the realm of the oppressed to make such determinations. We should respect their cultural norms and boundaries.

So today instead of “calling out” those who deny cultural appropriation, my intent is to “call you in “ too deeper understanding, deeper reflection and a more complex understanding of the damage that is being experienced by other cultures.

October 2, 2015 Leading a Pagan-Themed Unitarian Universalist Sunday Service
Recent Comments
5 Comments | Leave a Comment
"Very helpful... I just bought my first (and last!) house. At my previous apartment, I ..."
Andrew Grever Threshold Magick for Troubled Times
"I'm glad to hear that the Montclair Unitarian Church now has a chapter of CUUPs. ..."
Narthex There is beauty in ritual without ..."
"I love this! I've been in such a funk lately, feeling off-kilter. Thank you."
Keri Strahler The Yule Tree ~ A Holiday ..."
"Planning for Yule 2021. This helps"
Wisdom Seeker Wheel of the Year: Yule
Browse Our Archives
Related posts from Nature's Sacred Journey