The Perils of Polarized Thinking

What I wasn’t going to say was the “why” behind the piece. You wouldn’t know that I was writing in response to two separate incidents that rocked the online Devotional Polytheist community this year. Most of you would fail to see how this was a direct response to the controversy that erupted when Edward Rickey admitted to a Facebook group that he gives bullets as a devotional offering to the Morrigan. A few of you would correctly guess that this was partly written to address the fallout over the recent Gods & Radicals article, “Confronting the New Right“. I was going to stay as neutral as I could, and would say great words of wisdom that would inspire everybody to be just a wee bit nicer to others in their communities.

I was unable to write that piece.

No matter how I tried to phrase my words, I kept on realizing all of the terrible ways in which people would read them. What I wanted to convey was that you can have people in your spiritual communities who disagree with you on political points, and that they should be treated with good hospitality as long as they aren’t a threat to the health of the community overall. But the words kept sounding as though I was trying to be an apologist for the worst kinds of racists, bigots, and toxic people that you can find in a Pagan community.

I don’t expect everyone to just get along. I don’t expect us to all hold hands and sing “Kumbaya”. And if we did, I’d find that disturbing in a Children of the Corn kinda way. No, I expect us to fight, negotiate, form alliances, and cooperate toward our common interests like any other living system. But I would like people to stop seeing the world with binary “us or them” thinking.

One of the things that struck me about the reactions to both the “Bullets for the Morrigan” and “Confronting the New Right” controversies was how quickly people in our communities rushed to demonize the other side. This is how some liberal pagans saw a devotional offering of live ammunition not as something they disagreed with, but as a dangerous slippery slope that would somehow result in offerings of weapons of mass destruction. In return, the other side began to see “West coast pagans” not as people with valid disagreements, but as dangerous and foolhardy “others” that devalue their personal experiences. In “Confronting the New Right”, author Rhyd Wildermuth seemingly accuses most traditions of being susceptible to New Right ideology. But he then explicitly excludes from this list three traditions with ties to Gods & Radicals contributors: OBOD, Reclaiming, and Feri [4]. Whether or not it was his intent, in this manner he “others” those pagans who do not share in both his anti-Capitalist beliefs and zeal for activism. But the reactions to the his piece were even uglier. In the comment thread of John Beckett’s excellent critique of the Wildermuth piece [1], a number of incensed commenters began “othering” anyone associated with Gods & Radicals. This culminated in somebody posting the personal information of a well-respected Gods & Radicals author with the intent of putting her safety in danger.

Such polarized mentality reinforces the idea that anyone not firmly in your camp must be against you. “If they are not like me,” the logic goes, “they have to be the complete opposite of me and are therefore my enemy.” Although this is how mainstream American politics may function, we don’t live in a binary world. By dividing ourselves into “us or them”, we prevent ourselves from finding common ground on issues where cooperation would be for the benefit of all of us. In an alternative world-view, we would strive to find those groups and individuals with whom each of us could form alliances or ally-ships. My political views are decidedly left-of-center, but I can find common ground with a classically-Libertarian Morrigan devotee who has a strong sense of justice and believes in taking a stand when the odds are against him. I may not be an anarchist or Marxist, but I can see the ways in which unfettered capitalism [2] exploits every member of society and puts long-term human survival at risk. I may not be an activist, but I certainly respect those who put their necks on the line to stand for causes that they believe in. It takes all sorts of people to move this world. If we were to acknowledge those ways in which we can work together, we could make more progress for our diverse religious communities and for humanity in general.

As a Unitarian Universalist, I believe in the inherent worth and dignity of every person [3]. We are taught that each individual’s unique theology is the sum of a lifetime of experiences, and that there is no one “Truth”. It is my belief that we function stronger together than apart, and that we can learn from one another. But as a UU, I also believe in justice, equity, and compassion in human relations [3].  Meaning that in order for this to work, we must show some understanding and compassion. So long as you are not espousing ideas based on hate, violence, oppression, or bigotry, I will work my damnedest to listen to you and understand how you view the world. I want to learn of your interaction with Spirit. I want to hear of your moments of grace. I want your permission to view the beautiful tapestry that is your Paganism and understand how it fits into my world.

I may not always be successful in this, but I can vow to try.  And if more of us can follow suit, we could make our diverse spiritual communities into something truly spectacular. 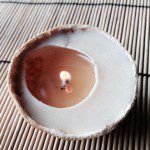 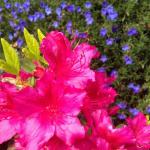 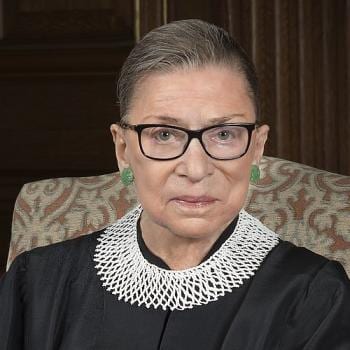 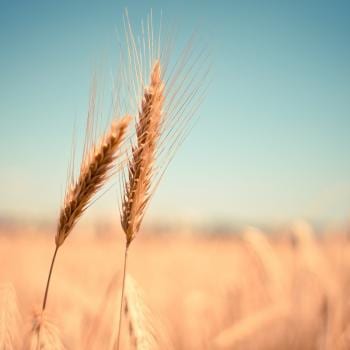 Prometheus, Part One
The myth of Prometheus should be an integral part of Unitarian Universalist...
view all Pagan blogs
What Are Your Thoughts?leave a comment
Copyright 2008-2020, Patheos. All rights reserved.