The Paganism of Pokémon

As I was seeking a topic for my article this month, I kept coming back to the idea of writing about Pokémon. Then I would reject the idea as frivolous and try to work through another theme. But Pokémon has been on my mind a lot lately, as it has with so many people around the world in the past couple of weeks, and the more I thought about the genre the more I noticed parallels with earth-centered paganism. I suppose this article is something of a pagan-friendly primer for those of you who may be scratching your heads, wondering what the phenomenon all about. It’s also an explanation of how I think Pokémon has become a modern day earth-centered myth.

When my children were preschoolers, we watched the Pokémon anime (Japanese cartoons). I had been a fan of anime since high school and I found the show cute and based on solid moral lessons for young children. When they were in elementary school, they played the handheld games. In an attempt to spend more time with them and to understand their world, I bought my own system and played along. I fell in love with the game Pokémon Pearl. My sons and I caught and traded Pokémon, discussed the maps and gym competitions, raised berries and baked treats for them (in the game), and swapped items to boost and care for our favorite Pokémon. Unsurprisingly the kids were better and faster at the game than I was, but I somehow defeated the final gym, time moved on, and my sons matured. Conversations about Pokémon became rarer and rarer as the years passed, as is the case with all fads.

Then last week while my family was on vacation, my 17-year-old son downloaded the new Pokémon Go game to his phone. This was the first I had even heard about it. The next thing I knew, he was catching Pokémon at our stops in the Mojave Desert and competing at gyms along the California coastline. On our last night in San Diego, he sent me a text saying he was five minutes from the hotel in a park, walking and playing the game with 30 other people. He held conversations with locals that he wouldn’t have met otherwise and got a lot of exercise. “Mom, usually when people see how much time-in-game I have they ask, ‘Do you ever go outside?’ Now they’re asking, ‘Do you ever go inside?’” he said, laughing. Another bonus was that he paid more attention to his surroundings and special monuments and landmarks than he has on any other vacation. He pointed out many things that we normally would have missed in passing.

I was intrigued by the game. As a nerd and former project manager for software development, I wanted to experience this new use of augmented reality and gamification. As a 42-year-old, I wanted some fun motivation to get more exercise. But mostly, as a mom I wanted a way to connect again with a son who is about to graduate from high school. I downloaded the game and have begun my Pokémon collection.

Okay, so enough justification about why I like and play a game originally designed for children. How does it work and what are the parallels with earth-centered paganism?

First, each breed of Pokémon has an assigned “type” or category. Some are a combination of two types. The number of categories has grown over the years as new anime and games have been released, but the current list is:

Already we can see elements related to paganism.

The basic concept of the Pokémon universe is that people, as Pokémon trainers, capture the creatures, raise and encourage them to use their special abilities (which are related to their types), and then compete with them against other trainers’ Pokémon. To be clear, Pokémon love to battle, they don’t get physically hurt while doing so but rather fall asleep once all their power is drained, and they only perform well if their trainer has treated them with love and given them all the attention and care they require.

In competition, both Pokémon type and level help determine the victor, along with learned attacks their trainer instructs them to use. In a mostly logical system, Grass types are weak against Fire types but strong against Water types. Just think about which element would cause your lawn to thrive. Fire type is weak against Water types, and Fairy types are very strong against Poison types.

Pokémon Go has changed the nature of the game by overlaying it on real maps of the real world. Players are encouraged to go for a walk to find and collect wild Pokémon, visit Pokéstops at real landmarks to obtain items needed for Pokémon gathering and tending, and compete with and against others at gyms, also located in real-world places. For years Nintendo has attempted to get kids to go outside with their Pokémon games, including bundling games with pedometers that a Pokémon could “ride” inside to increase their experience level and making it possible for gameplayers to meet on the street and trade creatures or supplies wirelessly. With Pokémon Go, they have finally gotten people all over the planet moving in a way never before imagined.

The earth-centered symbolism of the Pokémon universe is that it encourages humans to encounter, internalize (or capture), and relate in a personal way to creatures and elements of the earth. In all of the anime, as well as each game, there is a strong focus on the importance of behaving morally toward the humans, creatures, and elements around us. The central Pokémon are never evil. They just are what they are, and their type-based characteristics manifold themselves according to the treatment they have received from their trainers. The sometimes monotonous plotline is that the moral main characters show the abusive, ignorant, or ill-intentioned bad guys that the only way to be a winner is to treat other humans and Pokémon, symbols for the earth and her creatures, with love and respect.

When not battling bad guys (which takes up relatively little time), trainers use their Pokémon and skills to interact positively with other humans. Another theme in the universe is helping old and new friends work through dilemmas to understand and make positive life choices.

And we can’t ignore the fact that a dedicated trainer is almost always enjoying time in the great outdoors traveling to see new places, meet new people, and capture new Pokémon. Pokémon Go has really embodied the motif of getting out and exploring the earth, quite literally.

Lastly, there are the legendary Pokémon. These are powerful, epic creatures that are generally introduced in full-length movie anime, during which their mythologies are explained and the main characters encounter them face to face. Some of them are even worshiped as gods by human characters in the Pokémon universe. The end goal of the games is for the player to become worthy enough to capture one of the legendary Pokémon themselves, or perhaps more accurately to persuade them to join their team. The legendaries represent powerful ideas and experiences, and for many young people around the world Pokémon has developed into a neo-mythology, much as the Star Wars universe did with people growing up in the West in my generation (and later beyond). This is one reason it is so important for me to try to understand and experience the culturally relevant movements and phenomenon that are shaping my children’s lives.

One thing that has bewildered me over the past couple of weeks is the animosity I have seen in social media toward Pokémon Go. My response has been yes, this game is changing people’s behavior. Yes, some people are behaving irresponsibly with it, as people do with everything. Yes, as an app there are privacy and security concerns. The new will wear off, people will move on, the developers are already addressing privacy and security concerns, and kids and adults everywhere will get more exercise and have some fun doing so. Everyone enjoys or likes something that most people don’t understand.

As for me, I feel completely at ease taking a walk with my cute Poison and Grass-type Bulbasaur and enjoying being outdoors while I interact with my teenager. There are several Pokémon Centers and a Gym in our nearby nature preserve that I simply can’t wait to check out.

Poké Ball cake and Poké Ball Rice Crispy treats Allison Ehrman made for her sons’ 8th and 10th birthday parties, some of the many Pokémon-themed desserts she’s created for her kids over the years. 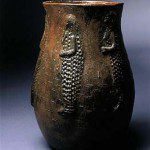 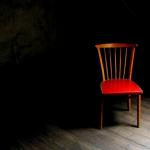 July 18, 2016 Some Serious Magic
Recent Comments
3 Comments | Leave a Comment
"I love this! I've been in such a funk lately, feeling off-kilter. Thank you."
Keri Strahler The Yule Tree ~ A Holiday ..."
"Planning for Yule 2021. This helps"
Wisdom Seeker Wheel of the Year: Yule
"Thank you to share about your thoughts.It just happened today many of the old covenant ..."
Herrnhut The three aspects of Samhain – ..."
"I'm glad I'm not the only one who experiences a summer slump. I used to ..."
Hannah The Autumn Awakening ~ Returning to ..."
Browse Our Archives
Related posts from Nature's Sacred Journey