To Gain the World: The Fight for Mauna Kea

“What good will it do a man if he gains the whole world, but loses his soul?”

It’s a Biblical passage — and yet, it’s the phrase that kept repeating in my mind again and again as I listened to the first episode of the new season of the Offshore Podcast (a show exploring cultural and social justice issues in Hawaii). The voices of astronomers and native Hawaiians, park rangers and environmental activists each spoke in turn about the complicated conflict over Mauna Kea, the tallest and most sacred mountain in Hawaii…. Amidst the jostle of opinions and perspectives, that one phrase rose to the surface like something shaken loose from the depths of childhood memory: “What good will it do a man if he gains the whole world, but loses his soul?”

Yet the question didn’t mean what it used to mean to me — in fact, somehow, now it meant the exact opposite.

That’s the thing about life. Contexts change. Cultures and societies evolve through a give-and-take of perseverance and preservation. Spiritual traditions thrive in the here-and-now even as they carry echoes of the deep past. The conflict about this sacred mountain in Hawaii is quintessentially about how the deep past continues to shape us to this day, and how we grapple with the interconnected web of being that weaves us into that past even as we strive towards a shared future.

Mauna Kea, which first formed one million years ago, is a shield volcano (now dormant) that reaches 33,500 feet high from its base on the ocean floor — not just the tallest mountain on the planet, but the second largest in the solar system. For native Hawaiians, the mountain connects them to a unique cultural history and shared spiritual relationship with the living earth beneath their feet. It is not just the physical embodiment of an ancient god (the son of the sky father and earth mother), but also a living elder, like a curmudgeonly but warm-hearted grandparent who reveals its face to those who approach with respect and love. Dozens of heiau, or shrines, are scattered along its slopes, and a journey to its summit is considered a kind of sacred pilgrimage. 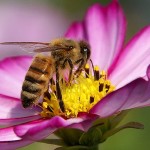 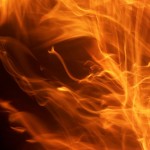 March 14, 2017 Beginning Ancestor Meditation
Recent Comments
13 Comments | Leave a Comment
"That picture looks very familiar. With the help of my mom and my sister, fifty-three ..."
Amanda Ingalls Change happens — let it roll ..."
"I love the picture! I spent the summer of 2022 raising monarch butterflies, and also ..."
Amanda Ingalls Spring is coming!  Emerge from your ..."
"Were you inspired by Rumi when you wrote that poem? I have a copy of ..."
Amanda Ingalls Could Life After Life Be Fun?
"I really appreciate to read this blog it is very helpful and very efficiently written ..."
mark okbet Celebrate our blessings and then take ..."
Browse Our Archives
Related posts from Nature's Sacred Journey