It feels necessary to state, for the record, that I write from the perspective of a white woman in the oldest cohort of the baby boomers (that means I’m 70), someone who has lived a mostly middle- to upper-middle-class life. Someone, in other words, who had to be taught to recognize White Privilege, because I have it – as I also have many of its fellow travelers.

While the UUA struggles to move forward after demonstrating its substantial White Privilege – or White Supremacy, if we are honest – at the heart of the organization, nearly 700 congregations held Teach-Ins over the Sundays of this month to address the White Supremacy in our own smaller midst.

Sit with your discomfort, said the speaker from the pulpit. Discomfort is uncomfortable, but you can stand it. If you find it scary, sit with your fear.

The first time I attended a Teach-In was 47 years ago this month, in the wake of the shootings at Kent State. This time the impetus seems less fatal (at least to white folks), but it’s much more personal to some of us.

The Sunday service I attended two weeks ago was held in two simultaneous sessions, sorted out by racial self-identifying – an extraordinarily rare event in this congregation.

The people who see themselves as White, being more numerous, stayed in the sanctuary; the people who self-identify as People of Color or Indigenous People moved to the Dining Room. Being someone who experiences the world from a White perspective, I stayed in the sanctuary, noting how peculiar it felt to be segregating on the basis of color. Noting, too, how unfair it felt that the People of Color were the ones who had to get up and move.

In the sanctuary we heard readings from writers of color – with plenty of musical interlude to give us time to process each one. What we heard was heartfelt and painful, and rather more direct and honest than we are used to. Mostly people were writing about the discomforts caused by the actions of people-who-look-like-me, or by structures designed by earlier White Americans to specifically and deliberately exclude, minimize, or otherwise mistreat people-who-look-like-them.

It was hard to hear. But I couldn’t disagree with, or challenge, a single word.

I noticed that the crowd seemed a little bit smaller than usual. One man present noted that it seemed like fewer men were present than usual.

But I’m telling you ‘about it’ instead of speaking to what I felt, and feel, and what has waked me up after just a couple of hours of sleep on several nights since.

We’ve been here before, people. In the 60s, in the 80s, in the 90s, the American dominant culture has strongly resisted changing to include more of America’s inhabitants in we and to even reduce – never mind eliminate – the number of categories we call them.

Take a moment to notice how readily this White person reduced humans to categories. And how readily (and unconsciously) I positioned myself in we, and those others in them. Go on, take a moment; I’ll wait.

Some folks have worked toward change in each of those waves of protest and self-education. Many (of whatever age and color) have only worked during one. Many, on both sides of any dividing line, have become discouraged.

I don’t know how much effect today’s work will have. I only know how it has affected me.

I learned this week that, as careful as I have been for decades, I still make unconscious racist assumptions. I learned that, as much as I try to listen deeply, I still hear what I want to hear and disregard the rest (quoting Paul Simon because he said it so well).

Even though I have known for a long time now that People of Color experience racism 24/7, even in the privacy of their own homes, there are still things about it that I haven’t wanted to know.

I’ve been struggling to write this post for over two weeks, ever since the Anti-White-Supremacy Teach-In at my home UU congregation. At first it seemed that I couldn’t pull my thoughts together on this topic – but then I heard the sermon the week following the teach-in. Now it seems to me that it doesn’t matter if I can make this post coherent or not; it is my obligation to speak out anyway.

I most fear those who insist that granting other people equality will take away from their own selfhood. Those who violently assert their superiority. Those who encourage them to privilege themselves and their own ‘kind’ over others, whether of color, religion, or whatever.

I most fear that we White folks will sink back into complacency, assuming that as long as I don’t ‘do wrong’ I am necessarily ‘doing right.’

I most hope that the current political climate will result in more clarity among people of good will – and more courage, more standing up for, more asserting the rights of all.

And I most hope this can be accomplished peacefully, gently, and speedily. The time for ‘waiting for a better season’ is so demonstrably over.

Where do I perpetuate White Supremacy? When is that entirely unconscious or culturally determined, and when am I half-consciously taking advantage of the privilege and entitlement my Anglo looks provide?

What glib explanations have I believed, uncritically, when the truth would be obvious to someone who looked?

I have some examples for that one:

I’ve been working on this post for two weeks. I keep thinking it’s going to become coherent.

I have kept thinking I had something new to say, something that would actually make a difference.

The Witch stands at the window, watching a river through the branches of flowering trees. On the quiet surface of the water, birds are swimming. Ducks of at least two species, a couple of geese, a swan, and over there a pair who look like sea gulls (though we are far from the ocean).

“What is it about humans,” she asks, “that makes it harder than it is for these birds?”

I struggle to reply, but she turns without waiting. I take another sip of tea and hope. 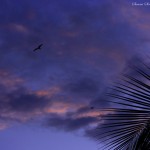 May 23, 2017
a translation of Epictetus from The Enchiridion
Next Post

May 29, 2017 A Birthing – A Book – In Much Gratitude
Recent Comments
2 Comments | Leave a Comment
Browse Our Archives
get the latest from
Nature's Sacred Journey
Sign up for our newsletter
POPULAR AT PATHEOS Pagan
1