Here’s a small figure, probably a deity, from the Ifugao people of the Philippines. This figure sits on top of a small container used for holding agriculatural lime (a misture consisting primarily of calcium carbonate), one of the constituents used in preparing a mild stimulant from betel leaf (Piper betle) and the nut of the areca palm (Areca catechu).

This figure, made sometime in the first half of the twentieth century, is probably an ancestor deity, or a guardian deity — akin, perhaps, to the household gods of Rome, minor deities which have retained a place in the collective memory of the Western tradition.

How We View Deities

In the West, we tend to assume that a deity by definition is unitary (or unitary-but-triune), and transcendent. We forget that for much of human history, there were a multiplicity of deities that lived quite close at hand; and we forget that a significant percentage of humans today still live in a world where many deities live close at hand. And perhaps these close-at-hand deities have never really left our collective consciousness; today we keep our glowing smartphones always with us, just as the ancient Romans kept the statues of their Lares or household gods close at hand so that they might consult them constantly, to ensure good fortune. 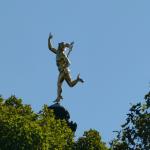 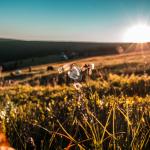 October 11, 2017 As Long as the Sun Shines, the Grass Grows, and the Rivers Flow
Recent Comments
1 Comment | Leave a Comment
"I love this! I've been in such a funk lately, feeling off-kilter. Thank you."
Keri Strahler The Yule Tree ~ A Holiday ..."
"Planning for Yule 2021. This helps"
Wisdom Seeker Wheel of the Year: Yule
"Thank you to share about your thoughts.It just happened today many of the old covenant ..."
Herrnhut The three aspects of Samhain – ..."
"I'm glad I'm not the only one who experiences a summer slump. I used to ..."
Hannah The Autumn Awakening ~ Returning to ..."
Browse Our Archives
get the latest updates from
Nature's Sacred Journey
and the Patheos
Pagan
Channel
POPULAR AT PATHEOS Pagan
1