What do Carl Sagan, Merlin, and the March Hare have in common? What can the egg balancing trick teach us about living in this world?

“Ahhhh, Spring: a heart lifting in hope and a shoe squishy with mud.”

On St. Patrick’s day I think about the wisdom contributions of Celtic people. One of the most famous Celtic sages was the Welsh wizard, Merlin.

During WW I, T.H. White, an English author and Naturalist living in Ireland decided that war is one of the worst evils human beings visit upon one another. He wrote “The Once and Future King”, the story of King Arthur. In the book the bumbling wizard named Merlyn advises the young Arthur and teaches him about using strength and wisdom in service to peace.

Merlyn turns Arthur into an ant, and then into a goose. As an ant he experiences life in the totalitarian state, obeying orders. As a goose he feels the wind in his face and the mud under his webbed feet. He feels the camraderie of the whole flock flying together. Merlyn is teaching him ethics, and politics. He learns that structure is important but so is freedom. Both/and. 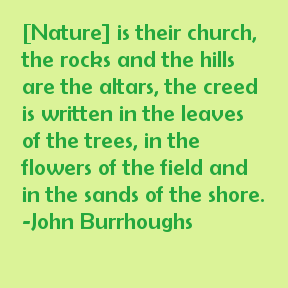 We are creatures of the land we live on. All during the short days of winter our rational minds know that the sun will return. But there is something deeper that despairs, yearns, and suffers in the dark. At its worst it is diagnosed as Seasonal Affective Disorder. It’s cure: the return of the sun. Our climate, the land we live on, tempers the way we think of what is holy. It determines, even in cities, many of our habits and rituals. The natural cycles are in us.

March 21 is the Vernal Equinox. The mid-point between Winter and Summer, and the official first day of spring. This is the time of the emergence of green. We are tipping over, from the fallow death of winter into the exuberant spring. This is a time when we see the holy in nature. As Hildegard of Bingen said: “God is Rich and Green and Juicy!”

In New York, each year when the cold snow had ended and the first gentle spring rain began to fall, I would set down my computer and run out into the street. I’d breath in the fresh scent. FEEL the warm rain. And LAUGH! This spring I’m watching my beagle roll in the grass, four paws waving in the air, with a grin on his face. And I find myself transfixed by the sun on the camellia buds and the tiny green leaves just emerging from the plum tree branches that just a day ago looked dead.

Throughout history we gratefully celebrate Earth’s annual resurrection. Spring equinox is a time for joy, fertility and sowing seeds. In medieval societies in Europe, the March Hare was a fertility symbol — this is a rabbit that is usually nocturnal, but in March when mating season begins, there are bunnies everywhere all day long. As if that wasn’t enough, the males tend to get frustrated when rebuffed by their mates, so they bounce and run around like mad.

Many modern Pagans use the word Ostara for the celebration of the spring equinox. Ostara is from the name of a Germanic goddess. Eostre was the goddess of the land, and farm, so she was celebrated as the days became longer, the chickens began laying eggs, and the cows started giving more milk. The depictions of Eostre are like the European paintings of maiden Spring. She’s a joyous woman, with flowers in her hair, carrying a basket of eggs and a bunny rabbit.

It‘s no surprise to find that the bunny brings Easter baskets full of eggs for children! It is no surprise the Christian resurrection story takes place in March or April and in the Jewish faith, Passover takes place as well. Passover, the celebration of the gift of life in the midst of horror and death. This is the season to celebrate the victory of life over death. 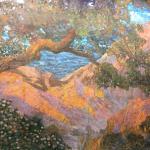 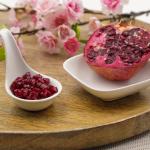 April 6, 2018 Proclamations and Compromises
Recent Comments
0 | Leave a Comment
"Sorry, posted accidentally before finishing."
Rylin Mariel Spring Magick: Prayers on the Wing
"You might want to listen to "Birdnote", which is available on public radio stations. They ..."
Gordon Cooper Spring Magick: Prayers on the Wing
"the Most Sacred Space in all the worlds is the pause between fits of Laughter..."
Jay Mann The Spirituality of Play: Divine Silliness ..."
"The Big Box of Crayola Crayons is part of a balanced Druid ritual practice. Use ..."
Gordon Cooper The Spirituality of Play: Divine Silliness ..."
Browse Our Archives
get the latest from
Nature's Sacred Journey
Sign up for our newsletter
POPULAR AT PATHEOS Pagan
1