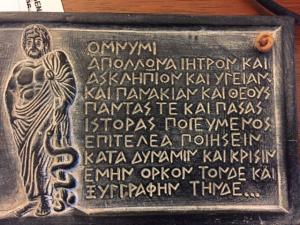 At least a decade ago, I vowed to try always to say what I mean, and to mean what I say; to acknowledge that words have power and try always to use them rightly.

As I look back on some of the words I’ve written over the past few months, I’m pleased to see how effective I’ve been at the personal magick of changing my own consciousness by an act of my own will.

A year ago, in sacred space, I was asked to give up my habits of self-criticism, of harsh self-judgment, of undervaluing my gifts and overpunishing my shortcomings.

Today I see that my self-talk has become much quieter and far more forgiving than before. Not that the Inner Critic has disappeared (at least, not so far), but that she is far less of an Infernal Internal Critic than before. Nowadays I’m more likely to hear, “Well, that didn’t work out as planned,” than to hear “you idiot! What’s wrong with you!?” Nowadays I’m more likely to say something brief, even aloud, to the effect that whatever mistake I just made will actually be okay, or can be made right in the next moment.

In late December I spent some time carefully envisioning a few things I chose to have happen in the coming year, expressing my preferences to Whatever Forces in the universe might be listening. We’re not even halfway there yet and already a few of my choices have happened.

As requested, I have lately felt much slower to anger, quicker to offer support, and even (especially lately) more focused in doing my own work. I asked for deepening friendships and clearer communication, and I’ve been having that experience.

I also asked for competent, well-intentioned humans to win the elections of 2018, and I’m pleased to report some success in the few elections that have been held so far. 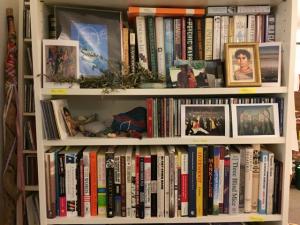 I’m also happy to see some changes happening in the UUA. White supremacy has not disappeared overnight and I don’t want to enable complacency or overvalue progress. I’m glad to see that in all sorts of corners of the denomination white people are making sincere attempts at equity, parity, and fairness, listening at least a bit better to the voices of People of Color. In my own congregation we’ve recently had to recognize the indifference of the mainstream majority in a number of areas, and we are moving to set those things right. And yes, we’ve also watched some people express their fears as if they were facts and show their unconscious need to keep what superiority they think they have. (Sometimes those misguided people have been us, of course).

All these healings are very much a process, not an event. We’re human, so we wish for things to be simple, smooth, predictable. As a culture, we’ve taught each other that planning is the key to success – and now we often imagine that following the plan will inevitably result in the results we intended. When that doesn’t work, we can feel ill-used, unfairly treated, angry.

As one of my patients said the other day, we’re all dying from the moment we’re born, or even before that, but we fear what we don’t know.

The Witch tells me I’m losing focus. What is it I’m wanting to say to you tonight?

“In the Beginning was the Word,” the Bible says. That seems to be true here in human culture, too. By our words we make the world we live in. So I ask you to speak mindfully. 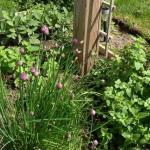 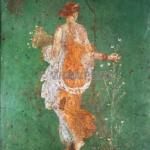 April 30, 2018 May Day Is The Great Day
Recent Comments
3 Comments | Leave a Comment
Browse Our Archives
get the latest updates from
Nature's Sacred Journey
and the Patheos
Pagan
Channel
POPULAR AT PATHEOS Pagan
1