UU or Pagan: Pick One? 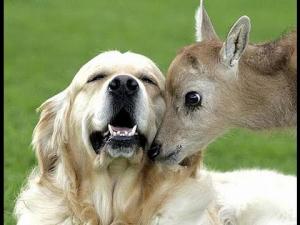 It’s been a month of blog posts about how UU and Pagan can and do fit together. Here’s my little bit.

Yesterday I took a couple of online tests. One quiz rated me theologically 100% Neo-pagan. Another quiz directed me to join a UU congregation. Yep. Exactly. UU and Pagan!

I spent over 20 years attempting to find or create consistent community, institutional consistency, strength, scientific and academic integrity, serious minded respect, respect for diversity and reliable structure among Pagan groups. Finding a religious home that included many of those things AND welcomed my Pagan spiritual path was sweet. I had been Gardnerian, Wiccan, Reclaiming, eclectic, Dianic… Nothing fit. UU did. That was my personal journey.

On a broader level… The Pagans of IthaCuups at my congregation in Ithaca NY were a major force in creating Pagan Pride Day. UU was the ecumenical force among the often fundamentalist subgroups of Pagans in Ithaca at the time. And the CUUPS group grew the congregation, in size and in spiritual maturity. It took some work, by the pantheists, pan-entheists, Christians, and Pagans, to help the congregation become more comfortable with spiritual topics and expressions in Ithaca. That was good work.

CUUPS is for those who are UUs who feel their theology would be called Pagan or Earth-honoring/Deities-relating, or vice versa. At the annual General Assembly of UUs the Earth-honoring UUs often share booth space with the Jewish UUs, Mystic UUs, Christian UUs, Buddhist UUs…, etc. We have friendly connections with Ministry for the Earth (which emerged in many ways from CUUPS) and the UU Women and Religion group (that was closely identified with CUUPS through the 70’s.) 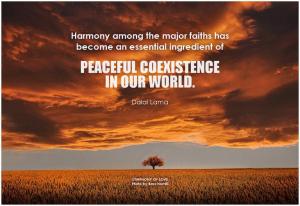 I realize that not all congregations are fully on board with all the theologies that fit under the UU roof. Educating and developing mutually respectful relationships across faith differences is a learning edge. This is perhaps one of the greatest gifts to the world that Unitarian Universalism has to offer: Our striving, (and failing, and striving again) to move forward with an inclusive sense of Inherent worth and respect for the interconnections of life. Let us hope that congregations continue to learn and grow and that our neighbors continue to feel welcome and neighborly.

Then I moved to Portland, Oregon. I was thrilled to find most West Coast congregations embrace Earth-honoring and Pagan spirituality. I was confused by the antipathy of Pagans toward congregations of all kinds, including UU. Old wounds run deep. It is healing for indigenous and Pagan folks to experience Unitarian Universalism. No, we don’t burn witches, we ask them to help with the kids and on the worship team and on the grounds team.

The benefits to and from UUs and Pagans run both ways. Earth-honoring folks in UU congregations can help wean their congregations from such fierce adherence to the trappings of Christianity in the worship style. Future UU Pagans would love to be a part of a congregation that offered worship/ritual and study/growth. I celebrate our Christian heritage. Christian UUs find that Pagan UUs are in alignment with them on some important things. Humanist UUs discover the same thing!

UU’s aspire to tolerance, ecumenism, diversity, and respect. The world needs this desperately. UUs actively practice (and fail) and practice these things. Pagan traditions with strong belief structures or hierarchies or “ways of doing ritual” need this UU superpower too. It’s a good thing when we can spread the saving practices of respect for the inherent worth of all people to other faith traditions.

Here’s this beautiful thing I’ve noticed happening. Now that I am deeply in this UU context, I have been expanding my understanding of what Earth-honoring paths there might be. I’m exploring which ones connect to my heart most strongly. Explorations of my own indigenous heritage(s) is exciting and full of joy. The cool thing is that the commitment to racial justice work (that came to me through my family and my congregation) has contributed to this renewal of my spiritual seeking.

N.B. IthaCUUPS folded some time around 2011. Good news though! The congregation still exists. Ithaca UUF is open to the next Earth-honoring or Pagan UUs who want to be a part of the community!

About Amy Beltaine
Rev. Amy travels West of the Rockies providing spiritual mentoring to helpers and justice seekers who are depleted or disconnected through preaching, worship leading, one-on-one meetings and workshops. You can read more about the author here.
Previous Post 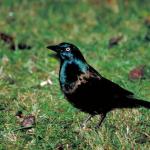 July 16, 2018
Interlopers from a House Wren’s Point of View
Next Post 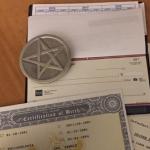 July 27, 2018 The Value of Initiatory Challenge
Recent Comments
7 Comments | Leave a Comment
Browse Our Archives
get the latest updates from
Nature's Sacred Journey
and the Patheos
Pagan
Channel
POPULAR AT PATHEOS Pagan
1