I was always interested in spirituality, not religion, but direct connection with the source, whatever it might be.  I didn’t care what it was called. I fell in love with meditation, exercise, and philosophy at a very young age, and thrived in the exploration of these things in college where I decided that I needed to develop myself in order to experience life and my spirituality more fully.  Following the ideals of Hellenism and Stoicism, I thought to do this on the levels of the mind, body, and spirit, in order to turn myself into the ultimate human. This, I thought, would create a vessel that would be prepared for an encounter with the Divine. Whatever it was, the Divine would reveal itself.

Reading, studying, weightlifting, jogging five miles a day while meditating, stilled my mind and moved me to a place of silence where I finally heard a still, small voice that was and was not my own.  It was coming from a very deep place inside where I had never been, and introducing itself as that which I was seeking. It began to guide me into a deeper understanding of myself, god, and the universe.  After much instruction from this voice and doing many types of given meditations, I was led to a being who claimed to be the head of a lineage of deities who called herself Diana. I didn’t know anything about this goddess, until I asked a friend who was close to a witch friend of ours.  He said she was pagan goddess. I couldn’t believe it, because that had been the only religion I had struggled to avoid most of my life due to the dire warnings against it I had received from the many born again Christians in my family. It seemed that Divinity wanted to reveal itself to me on its own terms and I had to take it in a way that I didn’t want or miss the opportunity altogether.  I grabbed it.

The still small voice and this entity, over the years, had transformed itself.  It had forced its way from being a small, still voice to images I saw during meditation, to an entity that actually came to visit me in a dream, and finally to something I searched for in a dream and found.  A golden figure full of light that I was familiar with from some deep, ancient memory stood before me in my dream, touched me and caused me to have a kundalini experience that resulted in me feeling connected to everything.  The feeling is still there.

This is what I think of as the mystic path and I think of myself as a Mystic Pagan.  In my case there was a dialectic going on. It consisted of three parts: ritual; clarity; and Life Affirming Ritual (LAR).  The first ritual was the work I was doing in order to prepare myself for the encounter. The clarity was this feeling of wholeness and connection that I began to feel, knowing that I was connected with everything. The LAR consisted of taking my learning back into life and realizing that all life, all of the worldview that I had, was nothing more than an unreal shadow created and maintained by the Human ritual covering over the real.  I realized our lives are simply rituals that affirm or disaffirm parts of our worldview and affirm the identity of ourselves that we have created as a result of a worldview that has been fed to us since birth.  We often lose ourselves as a result of not realizing our living is a ritual and that our worldview has a deep religious quality that infiltrates every religion and spirituality.

So we go back to ritual, traditional ritual, that grounds us by connecting us to the Earth and the long traditions of the past.  We create ritual time that moves us out of the worldview into a place of creativity where past, present and future exist together.  It is a place of creativity and magic. This stepping out creates clarity. As a result of clarity, if we have gone deep enough in the traditional or created ritual, we begin to realize that our lives are ritual again and to perform our own personal LAR in a way that bends and reshapes our worldview and therefore the world.  This can be freeing, but also dangerous because one who steps out of the worldview can seem to be odd or dangerous. If one steps too far out one can possibly move into mental illness because one’s reality becomes separated from the prevalent reality and they are unable or unwilling to return. That is why it is necessary to return to the place of ritual for grounding, every so often, until we begin to internalize the truth.  In the Unitarian Universalist Church I could that.

Our lives are nothing but a ritual expressing the creative energy crashing into what we call the material world.  We can go along with the worldview. We can just follow the circumstances and do the rituals that maintain the hurt, pain and suffering in the world, or we can adopt LARs that make us channels of the Goddess energy, whether we are male or female, constantly birthing experiences in the universe that not only expand the ideas and the identity that we call self, but uses the pain, the suffering, and weaves the light and dark to create love, peace, and compassion in this world.  The path of the mystic is about returning to who and what we are and always have been. Like many trees, flowers, plants, and shrubs, insects, animals and even micro organism, we are all the complete expression of trillions of vessels of life while at the same time a singular expression of the “I” that we carry with us every day of our lives. During the last LAR, the greatest of them all, we embody the gods and goddesses and return home. We carry our homes in our hearts. For home is anywhere we find love, which can be here and now if we choose the LARs that bring love into a world with so much unnecessary suffering.

About Rev. Dr. Om Prakash John Gilmore
Rev., Dr. John Gilmore (Om Prakash) was a UU Minister for more than fifteen years and is a retired UU Minister now doing a community based ministry in Health, Wellness, and Healing He served as a Parish Minister for many years, and a Wellness and Social Justice Community Minister at UU Church of Bedford, MA as working as the Director of the MA Chapter of the UUJEC and later the Co-Director and Director of the UUJEC National. Om Prakash was also a JUUST UU Consultant, and Director of Racial and Social Justice for the Joseph Priestley District. He has been a CUUPS member for several years and is now serving on the CUUPS Board in the Ministerial and Right Relations position. You can read more about the author here.
Previous Post 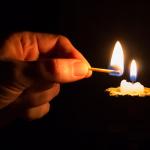 August 9, 2019
Tending the Flame of Hope in Times of Darkness
Next Post 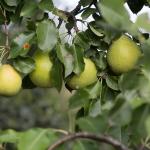 August 15, 2019 Planting A Pear Tree
Recent Comments
1 Comment | Leave a Comment
"I love this! I've been in such a funk lately, feeling off-kilter. Thank you."
Keri Strahler The Yule Tree ~ A Holiday ..."
"Planning for Yule 2021. This helps"
Wisdom Seeker Wheel of the Year: Yule
"Thank you to share about your thoughts.It just happened today many of the old covenant ..."
Herrnhut The three aspects of Samhain – ..."
"I'm glad I'm not the only one who experiences a summer slump. I used to ..."
Hannah The Autumn Awakening ~ Returning to ..."
Browse Our Archives
Related posts from Nature's Sacred Journey