The Pool of Enchantment, or the Riddle Contest

The Pool of Enchantment, or the Riddle Contest May 31, 2020 Dan Harper

Another in a series of stories for liberal religious kids, this one from the Mahabharata. Adapted from The Indian Story Book: Containing Tales from the Ramayana, the Mahabharata, and Other Early Sources, by Richard Wilson (London: Macmillan & Co., 1914).

The Pool of Enchantment

One day, near the end of their long exile in the forest, King Yudhisthira and his four brothers were searching for a mysterious deer which had stolen the wooden blocks which a Brahmin needed so he could light the sacred fire. The king and his brothers wandered deeper and deeper into the forest trying to find the deer. They grew more and more thirsty, but they were unable to find water. At last they all sat down, exhausted, beneath a tall tree.

“If we do not find water soon, we shall surely die,” said Yudhisthira He turned to his brother Nakula. “Brother,” he said, “climb the tree for us and see if you can spot water nearby.”

Nakula quickly climbed the tree, and in a few moments called down, “I see trees which only grow near running water, and there I hear the sound of cranes, birds which love the water.”

“Take your quiver,” said Yudhisthira. “Go fill it with water, and bring it back to quench our thirst.”

Nakula set out, and quickly found a small stream which widened into a pool of clear water with a crane standing on the far side.

Nakula knelt down at the edge of the pool to drink. Suddenly a stern Voice spoke: “Do not drink, O Prince, until you have answered my questions.”

Nakula was so thirsty he ignored the Voice, and drank eagerly from the cool water. In a few moments he lay dead at the edge of the pool.

The other four brothers waited patiently Nakula’s return. At last Yudhisthira said, “Where can our brother be? Go, Sahadeva, find your brother, and return with a quiver full of water.”

Sahadeva walked off through the forest. Soon he found Nakula lying dead at the edge of the pool. But he was so thirsty that he did not stop, but knelt down at the pool to drink.

The stern Voice spoke: “Do not drink, O Prince, until you have answered my questions.”

But Sahadeva had already drunk from the water, and lay dead at the edge of the pool.

Once again the remaining brothers waited patiently. At last Yudhisthira spoke to his brother Arjuna, the mighty archer. “Go, Arjuna,” he said, “find our brothers, and return to us with a quiver full of water.”

Arjuna slung his bow over his shoulder, and with his sword at his side walked to the pool. When he saw his brothers lying dead among the reeds, he fitted an arrow to his bow while his keen eyes pierced the darkness of the forest searching for the enemy who had killed them. Seeing neither human nor wild beast, at last he knelt down at the edge of the pool to drink.

The stern Voice spoke: “Do not drink, O Prince, until you have answered my questions.”

Prince Arjuna looked about him. “Come out,” he cried, “and fight with me.” He shot arrows in all directions, but the Voice only laughed at him, and repeated its command.

But Arjuna ignored the Voice, knelt and drank, and soon lay dead at the edge of the pool.

Yudhisthira waited patiently, but when Arjuna did not return, the king turned to Bhima. “Go,” he said, “find our brothers, and return with them and a quiver full of water.”

Bhima silently rose, walked to the pool, and found his brothers lying dead. “What evil demon has killed my brothers,” he thought to himself, looking around. But he was so thirsty he knelt to drink.

Again the stern Voice spoke: “Do not drink, O Prince, until you have answered my questions.”

Bhima had not heard the Voice, and so he lay dead next to his brothers.

Yudhisthira waited for a time, then went himself to find water.

Even though he was terribly weak and thirsty, he stopped and spoke aloud the name of each of his brothers, and told of the great deeds each had done. He spoke out loud his sorrow for the death of each one.

“This must be the work of some evil spirit,” he thought to himself. “Their bodies show no wounds, nor is there any sign of human footprints. The water is clear and fresh, and I can see no signs that they have been poisoned. But I am so thirsty, I will kneel down to drink.”

As King Yudhisthira knelt down, the Voice took the shape of a Baka, or crane, a gray bird with long legs and a red head. The Baka spoke to him in a stern voice, saying:

“Do not drink, O King, until you have answered my questions.”

“Who are you?” said Yudhisthira boldly. “Tell me what you want.”

“I am not a bird,” said the Baka, “but a Yaksha!” And Yudhisthira saw the vague outlines of a huge being above crane, towering above the lofty trees, glowing like an evening cloud.

“It seems I must obey, and not drink before I answer your questions,” said the king. “Ask me what you will, and I will use what wisdom I have to answer you.”

So the questioning began: 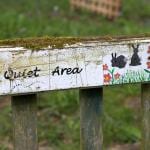 May 14, 2020
Tools for Quieting the Gibbering Fear Mind
Next Post 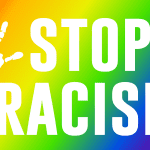 June 4, 2020 We Call Out with a "Strong Voice" to Eradicate Racism
Recent Comments
0 | Leave a Comment
"I love this! I've been in such a funk lately, feeling off-kilter. Thank you."
Keri Strahler The Yule Tree ~ A Holiday ..."
"Planning for Yule 2021. This helps"
Wisdom Seeker Wheel of the Year: Yule
"Thank you to share about your thoughts.It just happened today many of the old covenant ..."
Herrnhut The three aspects of Samhain – ..."
"I'm glad I'm not the only one who experiences a summer slump. I used to ..."
Hannah The Autumn Awakening ~ Returning to ..."
Browse Our Archives
get the latest updates from
Nature's Sacred Journey
and the Patheos
Pagan
Channel
POPULAR AT PATHEOS Pagan
1