Friday the 13th and All That Fear – Debunking the Superstition

Two weeks ago one of my senior co-ministers at the Unitarian Universalist Congregation at Montclair, New Jersey, entered the Facebook Live chat during the worship service and said, “It’s Nov. 1 – rabbit, rabbit, rabbit!” I never heard this before and so I researched it. This directed me to a superstition. A person says the word rabbit three times as their initial words on the first day to ensure good luck for the rest of the month. We all could use some good luck this year; after all, 2020 has not been kind.

This superstition got me thinking of other ones including walking under ladders, breaking mirrors, new shoes on the table, stepping on a crack and the list goes on. Most of those seem to be more common sense and logic, after all new or old shoes do not have a place on the table and walking under a ladder seems a bit dangerous for either person. 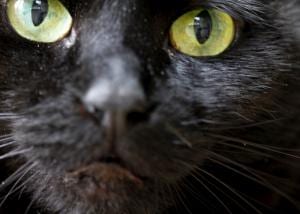 This taboo has such a strong hold that many people avoid doing anything with value or importance on this day including marriage, work or travel. When did one day, one number become so unlucky? Hotels even skip the 13th floor.

Before we debunk the taboo of the number, let us look at why the day itself seems to be unlucky. Some of this fear actually has roots in the Bible.  It was on a Friday that Eve gave Adam the apple, when they both died; and the destruction of the Temple of Solomon. Additionally, Pontius Pilate crucified Jesus on a Friday. As for Friday the 13th, it is claimed that is the day when Cain killed Abel.

Another Bible theory stems from the Last Supper. The last apostle to sit at the table, making the company 13 was Judas Iscariot. Judas betrayed Jesus. Due to this, some people will not have 13 people seated at a table and view it as extremely unlucky.

Digging a bit deeper into this day, as we can only imagine like anything else, this fear does not stop with just the Bible; its Christian roots go deeper. The word Friday, comes from the Norse goddesses Frigga — marriage and prophecy and Freya — love and beauty. The Teutonic people, a Germanic tribe, therefore associated this day as unlucky for weddings. Later the Christian church demonized these goddesses.

According to the Norse religion, the god of mischief, Loki, an uninvited guest, made himself the 13th deity to sit at the table joining 12 gods at a banquet hall in Valhalla. Loki influenced the god Hod to kill Balder the Good leading to a series of events killing various deities and causing natural disasters in the region. 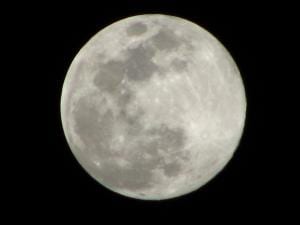 Then, as with anything Pagan, it was to convey the number as bad, to do what else, but convert people and break the influence Mother Goddess has with her followers by associating 13 with bad luck. Several Pagan paths highly respect the number and some Wiccan covens must have 13 members to hold ritual. Moreover, the number represents the lunar cycle. At one time before we followed the 12-month solar calendar, there was a 13-month lunar calendar.

Another date often linked to the superstition is Friday, Oct. 13, 1307 — the persecution of the Knights Templar, when King Philip IV ordered the arrest and later execution of Jacques de Molay and other French Templars.

I do not believe one number is cursed and the rest are good. Natural and manmade disasters happen on any day of the month, there is no one day that is worse than the other is.  Here are a few from recent history— Dec. 7 — Pearl Harbor; June 6 — D-Day; Sept. 11; and hurricanes Katrina— Aug. 23, Sandy —Oct. 29 and Maria —Sept. 16.

My elder instilled in me that your thoughts and actions have an influence on how things turn out. If you think that something is going to go wrong, that negative energy you are sending out will cause it to happen. If you wake up thinking this is a bad day, it is unlucky, well chances are high that your subconscious mind will make it so. The day is what you make of it. Make it a good one.

I hope to debunk this myth with a discussion my Sacred Wheel CUUPS chapter is holding at UU Congregation at Montclair. Spread the word and let’s put this superstition to rest. 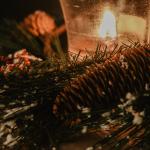