Apostle John on the end of the age

In John’s writings to churches (1 and 2 John), he told of other perils. First was that there were many false prophets, he called them anti Christs, who deny the Father and the Son.

“By this you know the Spirit of God: every spirit that confesses that Jesus Christ has come in the flesh is from God; and every spirit that does not confess Jesus is not from God; this is the spirit of the antichrist, of which you have heard that it is coming, and now it is already in the world.”

Interestingly John didn’t personify the anti-Christ as an actual person, but a spirit. That is a spirit of mocking and doubt that would become pervasive, manifesting in individuals who would deny that God and Christ were real. Denial probably meant not just their existence, but especially their power.

The writer of the book of Revelation had an excellent current knowledge of the new churches established by the Apostles and disciples, and of their foibles. This certainly points to the Apostle John as the writer. It talked in veiled language about the persecution that was to come in the immediate future.

The perils spoken of in Revelation for both Jews and Christians peaked in 128 CE, well after John (98 CE). The Romans had suffered enough of the Jewish zealots rebelling against them and in campaigns that lasted until 128 CE, sent the Jewish population running in fear out of their land and hiding in caves. They similarly struck the Christians as just another Jewish sect, although some Christians escaped.

Later Christians were put into the amphitheater for entertainment – fed to the lions. This persecution continued until around 300 CE when the Emperor Constantine embraced Christianity as the religion of the Roman Empire. Constantine’s mother was a Christian.

The name Polycarp had nothing to do with multiple fish. Poly carp. Okay, fishy, stinky pun. He was a disciple of the Apostle John and had seen and talked to many who were with Jesus. One of his writings still exist, and other leaders in the church referenced him and his writings. John ordained him as Bishop of Smyrna. One of his roles was to authenticate sayings of Jesus – his connection to John gave him great weight.

Polycarp is one clear piece of evidence that Jesus and the Apostles existed, and that some books of the Bible existed from that time.

What command does John specifically cite? Love. “… the old commandment is the word which you have heard.” “By this we know that we are in Him: the one who says he abides in Him ought himself to walk in the same manner as He walked.” ““I was very glad to find some of your children walking in truth, just as we have received commandment to do from the Father ….” the one [command] which we have had from the beginning, that we love one another. And this is love, that we walk according to His commandments. This is the commandment, just as you have heard from the beginning, that you should walk in it.”

It’s kind of hard to mistake what John was talking about. John’s emphasis was on the commandment to love each other.

The congregations of that day had a lot of difficulties understanding Jesus’ message. There were those who weren’t false prophets but who didn’t understand and made themselves leaders who emphasized certain doctrines, and even conflicted with the apostles. Diotrephes was one mentioned in 3 John: 9. He was speaking evil about the apostles and putting people out of the church who disagreed with him.

John simply said that he would visit and bring up what Diotrephes was doing. John preferred to visit rather than write long letters like Paul did. It was certainly safer to not put things in print and then the Romans find it and kill you.

Churches through the ages have split endlessly over differences in teachings. John didn’t say to expel Diotrephes, but that they would talk about it. I strongly agree that churches should work on love and truth, and not kick people out. But if people want to leave then don’t block the door, and if they come as false teachers do what John recommends and keep them out. These disputes are settled not through argument but in what emerges from the dust of history.

John knew how to survive change

The Apostle John saw more change in the development of the early gathering of Christians than any of the other apostles.

We can learn a lot from the Apostle John even though he didn’t write much. He called some of the other apostles together and they put into writing what they remembered about Jesus, in the Gospel Book of John. This book is the more mature account, starting out philosophically.

John laid out the theology in plain terms through stories about Jesus. And included Jesus’ parting words, ““This is My commandment, that you love one another, just as I have loved you.”

John also spoke of them being in the last hour with the spirit of the Antichrist already among them. The difficulties and persecution to come weren’t some far off horror story a thousand years in the future, it was already upon them.

I teach that the Antichrist is less a specific time period, but an ever-present danger. John called it a spirit. It’s people like Hitler and his supporters who try to take over the world and do horrible things to people, and who deny the power of God. It’s not atheists who can’t believe in God because of too much doubt and because so many Christians are so against Jesus’ teachings. 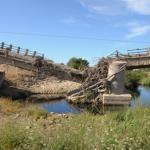 June 14, 2022
Perils and end time theology – Jesus and the Apostle John
Next Post 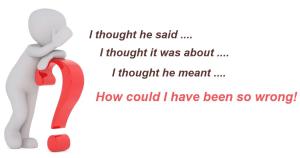 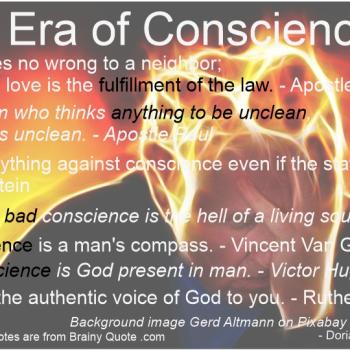