A Psychic’s Review of “Maggie”

To start, I watched all 13 episodes of Maggie in one day. It’s really difficult for me to find television shows that I am genuinely excited about, but one episode into Maggie and I was hooked. Six minutes into the first episode, I texted my friend Dan and told him I loved it and that he should watch it. “Is that the show about the psychic?” he asked. “Yep!” I replied. “I’m glad it’s so good,” he said, “representation matters.”

Dan is right. We already know representation matters in regards to the bigger aspects of identity like race and sexual orientation. I hadn’t really considered it from my perspective as a psychic. It’s one of those “you don’t know you’re missing it until it’s in your face,” scenarios. But the truth is, I’m really excited about this show because Maggie is a positive representation of psychics as people. She’s not a one-dimensional character. She’s relatable on multiple levels not only because of her abilities but because of her humanity. Add in the great chemistry between the characters and witty dialogue, and I’m hooked.

Maggie’s Challenges as a Psychic are Relatable

The challenges she experiences regarding her abilities is uniquely relatable. I don’t have to extrapolate, I can directly empathize. There are instances where Maggie feels like she doesn’t belong. She feels she’s too normal for some friends and not normal enough for others. She’s afraid to put herself out there and let people know who she is and what she does. These are all feelings I’ve felt regarding myself, my friends, my work, challenges I’ve faced in my own life.

There’s an episode where her mom decides she’s going to be a tarot reader and sets up in Maggie’s shop, saying that she’ll just use the little white book that comes with the cards. This grated on my nerves, and I felt my irritation mounting when her mother gave a reading to Maggie’s friend Ben in this way. Maggie stops the reading and finally confronts her mother on how tarot is hard and takes years to master. As a card reader who has been doing this work for 24 years, knowing all the time and effort I put in especially before opening up shop, I felt vindicated. I love when people get interested in the cards and want to learn them, and I hate when people think they can buy their first tarot deck and immediately start charging money for readings.

I decided to watch this show at a serendipitous time. Sometimes, I felt as though it was written just for me. It helps that the cast is depicted as my age group (30s) and not forced into the typical “millennial” role of the broke, vacuous drifter that many programs assert (I’m looking at you and the way you mangled Rory’s character, Gilmore Girls: A Year in the Life). There’s accurate nostalgia in Maggie which was fun to revisit, and it’s nice to see characters meant to be my age not lumped into negative stereotypes perpetuated by our culture. The writers did a superb job.

A Little bit of Criticism

Like all fiction, there are some things that don’t line up. If you’ve ever read any of my work or talked to me about getting a reading regarding the future, you know that there are multiple possibilities for what can happen in the future depending upon the choices you make. Any reading I give will present the future based on your current trajectory, and other circumstances that aren’t in your control. Very few future events are fixed, but when Maggie gives readings, she foretells events as if it’s written in stone: if she sees it, it’ll happen. This is true sometimes. Other times, people can make other choices that affect the outcome. That’s one of the benefits of getting a reading.

This is my only criticism regarding this show, but truth be told I don’t expect fictional representation to align perfectly with reality so this doesn’t bother me all that much. It’s also a necessity of the plot. When I reviewed The Chilling Adventures of Sabrina, I wasn’t concerned about a realistic, accurate depiction of witches because there was more being said by the unrealistic depiction. In other words, it’s deeper than it appears.

Anyway, back to Maggie. If my interpretation of a significant event in the show is correct, this criticism of mine is addressed. We’ll need a second season to know for sure (hint hint, Hulu). So, if you haven’t given Maggie a watch yet and you’re psychic or into psychic and (fun) paranormal content, I recommend cuing it up. Maggie is available to stream on Hulu. I hope someone from Hulu reads this and decides to greenlight a second season, because you left us wanting more.

Jessica Jascha is a Clinical Herbalist, Intuitive Consultant and writer in Minnesota. She also writes for Witch Way Magazine. She owns Jascha Botanicals and Owl in the Oak Tarot where she gives readings, teaches ritual, and provides holistic consultations. You can find her on Facebook.

Featured image from the show “Maggie” 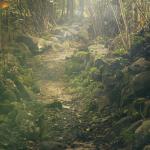 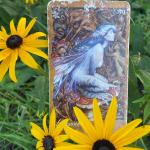 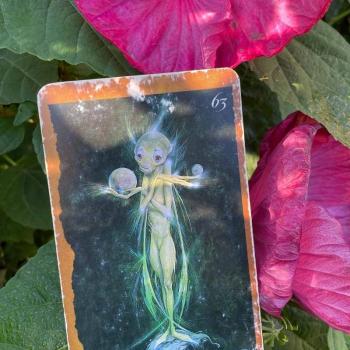 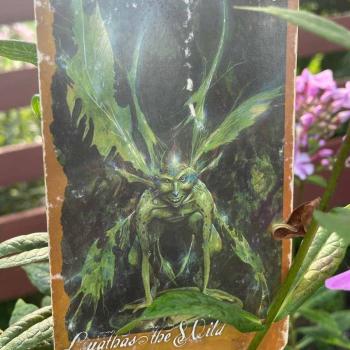 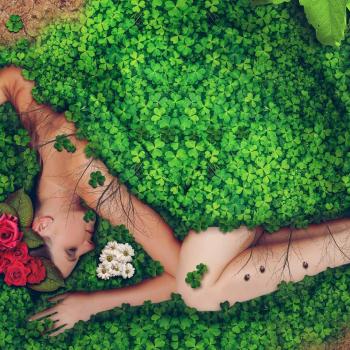 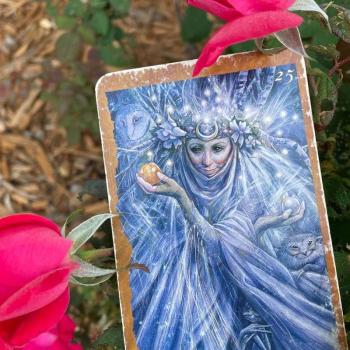