Christ Has Died and So Has the Church

Christianity is a great concept. It’s too bad nobody has tried it.    – Alan Dohrmann, coach to leaders such as Napoleon Hill, Walt Disney, and Peter Drucker.

People don’t need an explanation when I share that I’m still a committed Christian despite the fact that I served on a church staff for 40 years. The sad reality is that the church, as a representation of Christianity, is not living up to that role.

It’s become a haven for people who have no power anywhere else to hold a power position, and a place for blaming, criticizing, and excluding.

Pastors learn theology and assume leadership without training. They ignore conflict and dysfunction until the crisis is unavoidable and maybe let it persist until nobody is left.

We are feeding recruits into atheism and spiritualism and giving reasons for outsiders to label the culture as one of hypocrites.

Millennials are not seeing the church as relevant and are seeing it only for the nearly dead.

Clergy hang on for income security, but can’t fight a system filled with bureaucracy and apathy that doesn’t give much incentive to change. There’s a remarkable vacuum of leadership.

Why don’t we just bury the church this Good Friday with Jesus? 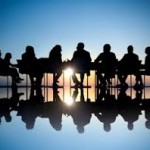 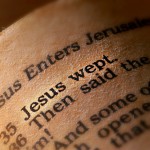 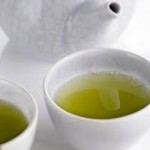 Progressive Christian
The "Earl Grey Pastor” - doing nothing is...
The Nonprofit Entrepreneur

Progressive Christian
In the Name of God - Disruption
The Nonprofit Entrepreneur 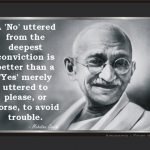 Progressive Christian
What Is Authenticity in Leadership?
The Nonprofit Entrepreneur 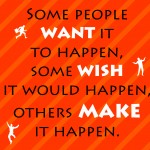