What Makes a Witch?

What is it that makes a witch? Is it stiletto black nails and the coordinating black ensemble with bold jewelry, topped off with a matching pointy hat? Or maybe cloaked in garments that both channel and pay homage to our high priestess, Stevie Nicks. Perhaps our homes would be filled with jars, bundles of herbs hanging from the ceiling, and kitschy mushroom decor strategically placed.

Full disclosure: I love all of those things, but they don’t make or break a witch.

What Makes a Witch?

I love a good “witchy” aesthetic. But, lo and behold, you’re most likely to find me in a quirky t-shirt, pants with some give, and sporting unmanicured nails with stray herbs tucked beneath them. During this time, I’m likely dutifully trying to divinely intuit the mystery of why the floor is wet. Why is it wet? Was it the toddler? The sketchy cat? The little dog, too?

This is undoubtedly its own brand of witchcraft; admittedly, it’s not suitable for everyone.

Speaking of witchcraft, the word “witch” has speculative origins, but one widely accepted theory is that it first stemmed from the Old English word “wicca,” meaning a person who practices magic.

So, what is magic?

One of the most succinct definitions I have found was that of Aleister Crowley. He defined magic as the “science and art that provokes change in conformity with the will.” While I am not associated with the tradition founded by Crowley, it would be difficult for me to define magic more concisely.

Magic is both an art and a science—and it’s performed with a specific desire in mind—our desires.

With that said, what magic looks like and how it’s performed depends on tradition; each is equally valid. Traditional witchcraft is no better than Wicca, ceremonial magic is no better than folk magic, and no one practitioner’s practice is better than the next.

In my humble utilitarian opinion, anyway.

Lately, the verbiage “witch awakening” has been bouncing around my orbit. I recently started seeing this term in the online sphere again before hearing it in the wild.

This term largely stuck out to me because it came to me in unison with a recent NPR article. The NPR article spoke about the rates of Christianity rapidly declining in the United States. This article, coupled with many who have left Christianity to move towardspaganism, made this term stand out to me like a neon sign.

A neon sign with an unlit section that you have difficulty interpreting until you’re right up on it, but a neon sign nonetheless.

The fact of the matter is we are experiencing a witch awakening. The rise of witchcraft is evident in the boom of occult books, our social media feeds, and even within our personal circles.

With that in mind, this means several new practitioners are starting out on their journey. Many individuals are eager to learn and embody their own power but might be hesitant to use the term “witch.” This aversion could be due to the stigma of the word itself, but it could also be because a person feels they haven’t earned the title.

In the latter case, with the exception of certain traditions and closed practices—that require initiation, lineage, or both—no one can appoint you with or strip away your title.

Therefore, if calling yourself a witch emboldens you, do so. If a person tells you that you can not identify as such, they are gatekeeping spirituality in accordance with their own beliefs, which is a hard pass.

I stand firm on that.

That stance is etched as deeply as my beliefs in individuality and following no one’s moral compass outside our own. Unironically, the same core principles lead me to paganism in the first place.

For some, troubling ebbs can become the catalyst to finding peace or a sense of control through witchcraft. Whatever the case may be, something sets the ball in motion, and you will begin to be guided toward your path. The guidance can be found in signs or synchronicities but can also stem from an inner knowing.

An interest in or aptitude for the occult is another indication. Long before I had any working knowledge in the craft, I was divining my future on my trusted Magic 8-Ball and summoning spirits next to my bunk beds with the help of my state-of-the-art Parker Brother’s Ouija board.

The signs were there.

An interest in paganism or witchcraft is a beckoning. It’s asking you to explore what has intrigued you and to find out why.

Did you know specific placements on your natal chart can indicate a person who is drawn to or excels in the occult? These indicators can detect a proclivity towards witchcraft and the occult based on signs, houses, and aspects. Water signs and placements in certain houses are indicators of enhanced intuition, while certain aspects between planets can also pinpoint an interest in spirituality or heightened abilities. While I won’t be covering it in detail here, it will be a future article.

If you’re interested in hearing more about this topic, subscribe to my blog to be notified of its release.

Am I Doing This Right?

I often hear that individuals are afraid they’re not practicing correctly. Truth be told, that’s essentially impossible, as there is no singular way to practice. The best way to gauge this for yourself is whether or not your spells are working.

Remember, not all spells will work. Humans are energetic beings, and regardless of whether or not someone considers themselves a witch, their desires are projected into the universe. That’s why spells for winning the lottery are predominantly ineffective. You, and everyone else playing, have put forth the intention to win.

That’s a lot of competition.

While not every spell will work, I advocate for journaling and record-keeping. These records of your spells should be recorded in your grimoire or notebook. Keep a list of your materials as well as the steps you followed, but the most crucial step is recording the outcome of the spell. Use this record to determine what is working for your practice versus what isn’t.

What is most important is building a practice that you feel truly fulfilled by. While this includes spell work, it also includes finding peace within yourself, developing a connection with the earth around you, and connecting to your spirituality.

If you’re interested in hearing us cover this topic verbally, feel free to listen to Episode 39: What Makes a Witch on the Cosmic Cauldron podcast. We covered this topic on the podcast I cohost with a long-time friend and fellow witch. This topic was a listener request and a popular episode for new witches wanting to learn more, which is why I wanted to expand upon it here.

While some may scoff at the rise of witches or chalk it up to popular video-sharing apps creating a trend, I fully embrace it. We need representation and diversity in witchcraft to destigmatize it. 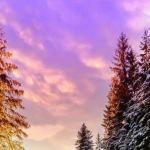 November 30, 2022
December Magick: 7 Herbs for the Season
Next Post 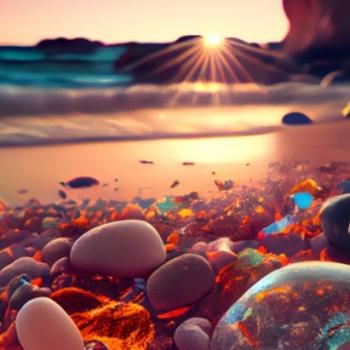 Pagan
Working with the Elements
Old Ways in Modern Times 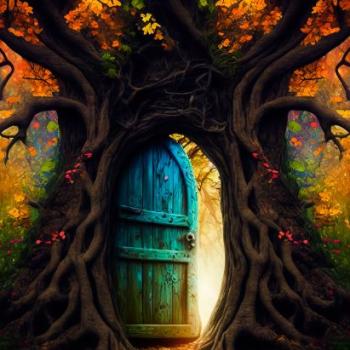 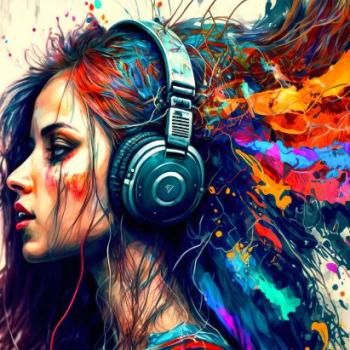 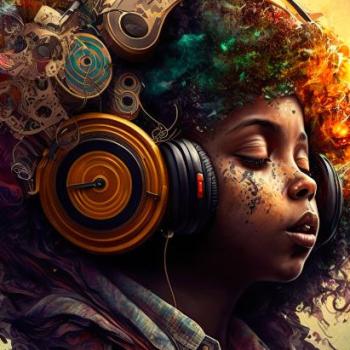