Our family is on vacation this week and it has been just what the doctor ordered for us.  In a couple of quiet moments on the beach, I’ve been reading through Tom Nettles’ biography of Charles Spurgeon, Living By Revealed Truth.  On October 19, 1856, he preached in the Surrey Music Hall because New Park Street Church could not hold the crowds coming to hear him.  As 10,000 people crowded into the hall to hear him, someone shouted “fire!” in the upper gallery and seven people died in the ensuing panic.  This incident was used against Spurgeon and he began to experience severe bouts of depression as a result.  This event, along with the enormous work load that he carried, led him to have to get away from the city of London for times of renewal in God’s creation.

There’s a section from Spurgeon’s Lectures to My Students that has been on my mind this week as I’ve been reading about Spurgeon’s depression.  He believed that the glory of God in creation helped rejuvenate the body and give some relief from stress and difficulty.  He describes this in the chapter entitled, “The Minister’s Fainting Fits.

Let a man be naturally as blithe as a bird, he will hardly be able to bear up year after year against such a suicidal process; he will make his study a prison and his books the warders of a gaol, while nature lies outside his window calling him to health and beckoning him to joy.

He who forgets the humming of the bees among the heather, the cooing of the wood-pigeons in the forest, the song of birds in the woods, the rippling of rills among the rushes, and the sighing of the wind among the pines, needs not wonder if his heart forgets to sing and his soul grows heavy.

A day’s breathing of fresh air upon the hills, or a few hours, ramble in the beech woods’ umbrageous calm, would sweep the cobwebs out of the brain of scores of our toiling ministers who are now but half alive.

A mouthful of sea air, or a stiff walk in the wind’s face, would not give grace to the soul, but it would yield oxygen to the body, which is next best.

Heaviest the heart is in a heavy air,
Ev’ry wind that rises blows away despair.

The ferns and the rabbits, the streams and the trouts, the fir trees and the squirrels, the primroses and the violets, the farm-yard, the new-mown hay, and the fragrant hops—these are the best medicine for hypochondriacs, the surest tonics for the declining, the best refreshments for the weary.

For lack of opportunity, or inclination, these great remedies are neglected, and the student becomes a self-immolated victim. 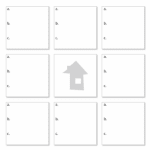 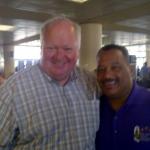 The Coming Election Chaos?
Cranach
Related posts from One Degree to Another