A Quick Word to Southern Christians about College Football

The countdown started on January 7th and now we only have three weeks left. College football begins soon and you can feel the excitement in the air in the South. Momentum begins to pick up with SEC media in July and now that camps have started, there are daily updates about how quarterbacks look and what players might be moving up the depth chart.

I’ve loved college football my entire life. Some of my favorite memories involve Saturday trips to Auburn with my Dad. There are so many positives from this great sport- it’s fun, builds a sense of community, and provides common ground for talking with people that we barely know. For the Christian, we also need to be aware of the dangers that accompany our favorite sport. The greatest danger for the Christian college football fan is the tendency to over identify with our football team. The temptation can be to find our identity in our football rather than Christ. Think about it, how often have you reached exuberant levels of joy over football that you have not experienced reflecting on the things of God? How many times has your team losing demoralized you so that you could not even find joy in the things that really matter? Have you ever heard someone insult your football team and taken it as a personal insult against you?

Southerners have long found a sense of pride in the performance of their football teams. In the ESPN 30 for 30 documentary, Roll Tide War Eagle, former Auburn head football coach Pat Dye, former Alabama head football coach Bill Curry, former Auburn running back and Heisman Trophy winner Bo Jackson discussed some of the cultural reasons why Southern men gravitated towards college football. In the first half of the twentieth century, Southern men believed their Northern counterparts looked down on them. Rather than going to college, many Southern men worked in the fields, steel mills, and coal mines. They had been mocked because of their lack of education and accents. Then the region had embarrassed itself with slavery, the Civil War, Jim Crow laws, and violent resistance to the Civil Rights Movement.

There was one area where the South could not be looked down upon- college football. During the tumultuous decades of the 1950’s and 60’s, Auburn, Alabama, Tennessee, LSU, and Ole Miss all claimed national championships. “You may look down on me, my way of life, and my accent, but my football team will beat yours when if they play each other.” This ethos continues to this day with Southeastern Conference fans proclaiming loudly that they have best football teams in the country and have a recent streak of seven national championships to prove it. It is so prevalent that sports talk radio personality Paul Finebaum just wrote a book called My Conference Can Beat Your Conference: Why the SEC Still Rules College Football.

This background provides Christians with an opportunity to demonstrate the precious worth of Christ in our culture. We must remember that our identity is wrapped up in who we are in Christ. This identity is sure and it cannot be shaken. So for the Christian football fan, our team losing should not shake our ultimate joy. We should not confuse our team winning with us succeeding in the things that really matter. And above all, we should not mistreat others because they identify with a different team than we do.

This fall enjoy college football as a gift from God for your recreation. Invite your friends over to watch a game. Cheer for your team, remembering eternity doesn’t hang in the balance in whether they win or lose. 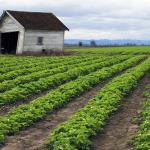 July 31, 2014
What I Wish I Would Have Known About Church Planting Before I Got Started
Next Post 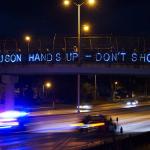 August 19, 2014 Why Do Many White Conservative Christians Deny the Reality of White Privilege?
Recent Comments
1 Comment | Leave a Comment
""Jesus did not come to explain away suffering or to remove it. He came to ..."
Christiane Smith The Lord is Near in Our ..."
"OOMMGG!! I never could figure it out until you said the reasons you liked a ..."
Jaime Lopez Ortega Why I Switched from a Digital ..."
"God also blesses us when we take measures to extricate ourselves from trouble."
Karen Silver How Do I Know that God ..."
"I never heard any of these sermons but I am sure they were shallow and ..."
Kostya2 How to Prepare a Sermon When ..."
Browse Our Archives
get the latest updates from
One Degree to Another
and the Patheos
Evangelical
Channel
POPULAR AT PATHEOS Evangelical
1