Resolution on Prison Reform in Alabama

In three weeks Southern Baptists from all over Alabama will gather at Lakeside Baptist Church for the Annual Meeting of the Alabama Baptist Convention. We will celebrate what God has done among us in the last year, hear of plans for the future, and elect officers to lead us for the next year. Each year the State Convention passes resolutions. These non-binding statements express the concerns and opinions of Alabama Baptists on important events in our churches and culture.

The first resolution addresses the issue of prison reform in Alabama. I wrote about the issue of prisoner abuse in our state correctional facilities a few months ago and am encouraged at the creation of the Alabama Prison Reform Task Force. This resolution calls on churches to proactively minister to at-risk teens and discover what they can do to minister in our prisons. It also addresses our elected officials and asks them to take action to end the abuse in our prisons.

Resolution on Prison Reform in Alabama

WHEREAS all men and women are made in the image of God and should be treated with dignity and respect (Gen. 1:26-27); and

WHEREAS Scripture teaches that Jesus came into the world to save even those who would be thought of as the worst of sinners (1 Timothy 1:15);

WHEREAS Jesus reminds us that how we have treated the least among us, including those in prison, reflects our attitude toward him (Matt. 25:31-46); and

WHEREAS thirty-five percent of inmates re-offend within three years of parole; and

WHEREAS the physical and sexual abuse of prisoners in Alabama has been a documented and ongoing problem; and

WHEREAS the Alabama Legislature created the Alabama Prison Reform Task Force to address these issues and bring recommendations in 2015; now, therefore, be it

RESOLVED, that the messengers to the Alabama Baptist Convention meeting at Lakeside Baptist Church on November 11th and 12th, 2014 call upon the Governor, Attorney General, and Alabama Legislature to take action to end all abuse in Alabama prisons immediately; and be it further

RESOLVED, that we commit to pray for the work of the Alabama Prison Reform Task Force; and be it further

RESOLVED, that we commend those churches who are currently active in prison ministry; and be it further

RESOLVED, that we encourage these churches to make ministry opportunities in our state prisons known to other churches so they may be involved as well; and be it further

RESOLVED, that we encourage churches to develop ministries to at risk teenagers in their communities, sharing with them the love of Christ and teaching them to observe all that Christ has commanded; and be it further

RESOLVED, that we ask the Christian Life Commission and the Alabama Baptist to keep Alabama Baptists informed about these problems and prison reform efforts; and be it finally

RESOLVED that we send a copy of this resolution to the Governor, Attorney General, President Protem of the Senate, and Speaker of the House. 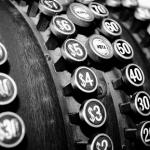 October 29, 2014 Resolution on Payday Loans in Alabama
Recent Comments
1 Comment | Leave a Comment
Browse Our Archives
get the latest from
One Degree to Another
Sign up for our newsletter
POPULAR AT PATHEOS Evangelical
1

The Coming Election Chaos?
Cranach
Related posts from One Degree to Another