In the last few months, Donald Trump vaulted to the lead in the GOP primaries generating an excitement no one in the party has produced in at least the last decade. The fact of his surge was not as surprising as the source of it, conservative Southern evangelicals. Many who say they follow Jesus cheer with each of Trump’s over the top statements, particularly with his insults towards those with whom they disagree. The more Trump excoriates those with whom they disagree, the more they like him.

Many Southern evangelicals say they are tired of an easily offended, politically correct culture and find someone who says exactly what he thinks to be a breath of fresh air. In a classic case of “the enemy of my enemy is my friend,” Southern evangelicals trumpet Trump’s push back against the perceived ills in our culture. Unfortunately this means many Christians embracing speech which insults women who ask tough questions, treats almost every Mexican immigrant as a criminal, and makes many boasts which are contrary to our faith.

Despite the photo at the top of this post and the first two paragraphs, this post is not exactly about Donald Trump. My larger point is examine whether Christians cheering and championing every Trump insult betrays the faith we claim to stand for. The Biblical writers show the indispensable connection between our faith and our speech. Jesus said, “I tell you, on the day of judgment people will give account for every careless word they speak” and “what comes out of the mouth proceeds from the heart, and this defiles a person.” The Apostle James likewise reminded his listeners, “If anyone thinks he is religious and does not bridle his tongue but deceives his heart, this person’s religion is worthless.” These three verses show we cannot divorce what we say we believe from the way we speak to and about other people.

King Solomon wrote Proverbs to his son to instruct him in wise living. Short statements on different aspects of the life characterized by wisdom comprise the bulk of chapters 10-31.. An astonishing number of the Proverbs deal with our speech, particularly how we speak to and about other people. By examining some of these Proverbs, we learn what should mark both the content and manner of our speech. Think about what he says about wise speech and examine whether this marks our words and the words we endorse through our approval and social media sharing.

“With his mouth the godless man would destroy his neighbor, but by knowledge the righteous are delivered.” Proverbs 11:9

“Whoever belittles his neighbor lacks sense, but a man of understanding remains silent.” Proverbs 11:12

“A man who is kind benefits himself, but a cruel man hurts himself.” Proverbs 11:17

“Whoever guards his mouth preserves his life; he who opens wide his lips comes to ruin.” Proverbs 13:3

“By the mouth of a fool comes a rod for his back, but the lips of the wise will preserve them.” Proverbs 14:3

“Gracious words are like a honeycomb, sweetness to the soul and health to the body.” Proverbs 16:24

“Whoever restrains his words has knowledge, and he who has a cool spirit is a man of understanding.” Proverbs 17:27

“A fool takes no pleasure in understanding, but only in expressing his opinion.” Proverbs 18:2

“A fool’s lips walk into a fight, and his mouth invites a beating. A fool’s mouth is his ruin, and his lips are a snare to his soul.” Proverbs 18:6-7

“If one gives an answer before he hears, it is his folly and shame.” Proverbs 18:13

“Death and life are in the power of the tongue, and those who love it will eat its fruits.” Proverbs 18:21

“Whoever keeps his mouth and his tongue keeps himself out of trouble.” Proverbs 21:23

In our constantly changing culture, Christians must remember there is something in the world way more important than politics. Every man, woman, boy, and girl have been created in the image of God. We all bear the stamp of his image, but have fallen into sin and stand worthy of God’s judgment. God’s own Son came into the world and gave his life for us. Because of his life, death, and resurrection the person who repents and has faith in Jesus stands before God righteous, forgiven, adopted, and filled with hope. We want people to hear and believe this Gospel, but too often we speak of people in ways which betray it. How will people hear our message if we are insulting them and cheering for those who do? What good will it be to gain the White House and lose our witness? 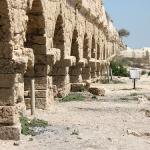 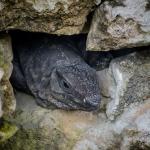 September 7, 2015 David and Goliath
Recent Comments
0 | Leave a Comment
""Jesus did not come to explain away suffering or to remove it. He came to ..."
Christiane Smith The Lord is Near in Our ..."
"OOMMGG!! I never could figure it out until you said the reasons you liked a ..."
Jaime Lopez Ortega Why I Switched from a Digital ..."
"God also blesses us when we take measures to extricate ourselves from trouble."
Karen Silver How Do I Know that God ..."
"I never heard any of these sermons but I am sure they were shallow and ..."
Kostya2 How to Prepare a Sermon When ..."
Browse Our Archives
get the latest updates from
One Degree to Another
and the Patheos
Evangelical
Channel
POPULAR AT PATHEOS Evangelical
1

Let's Talk Some More about Cults--Theologically...
Roger E. Olson
Related posts from One Degree to Another