At the beginning of 2018, I had never heard of Jordan Peterson, but that changed drastically over the last few months. Like many, he first came to my notice because of his interview with Channel 4 presenter Cathy Newman. She began the interview by asking Peterson why he tells men they need to grow up. As he started explaining why it was good for all of society to have strong, competent men, she started peppering him with adversarial questions. Peterson responded to her questions with reasoned, well-thought-out answers, which seemed to make her press harder. The interview became a study in how to remain level-headed while being accused of saying things you aren’t.

Peterson, a professor of psychology at the University of Toronto, has garnered a strong following among men under thirty-five. The groundswell began through his YouTube lectures and has continued through the release and promotion of his new book, 12 Rules for Life.

Since watching the interview with Newman, I read Peterson’s book, listened to a couple of podcasts where he was interviewed, and read countless think pieces online. As I read Peterson, and it’s possible that I am misunderstanding him, he seems to be grappling with the age-old questions about what it means to live a good life. He encourages men to take responsibility for their lives, to get their home in order, to take risks, and to bring order out of the chaos around them. He doesn’t offer this advice as a mean-spirited dictator but instead speaks with the compassion of a father. Peterson’s work is well-reasoned, overflows with common-sense, and is rooted in philosophy, biology, and psychology. I appreciate his work and have recommended it to others.

Many Christians have discussed Peterson’s work and many have wondered if he is a Christian because of his extensive interaction with the Bible in his teaching. Peterson himself has said that it would take him 3 years or so of study to sufficiently answer questions related to Jesus’ resurrection from the dead. There’s much for Christians to appreciate in Peterson’s work, yet there are a couple of areas where there are holes in his teaching.

Is Peterson’s Story the Best Story?

Vice News conducted an interview with Peterson last month. The interviewer asked him how to keep young men from falling into racist and nationalist ideologies. Peterson responded, “Tell them a better story.” My heart leaped when I heard this because we do need a better story. It’s believing a better narrative that will change men’s lives. My joy turned sour when the interviewer probed deeper, asking, “What’s the better story?” Peterson said, “Grow the hell up.”

Many people in our culture need to hear “grow up,” but that does not make it a better story. It’s good advice, but it’s not good news. In fact, telling someone to grow up may be the most dangerous thing you can do.

What about the man who works hard to find a job that can support himself and his family, but keeps running into roadblock after roadblock? What about the man who struggles to control his worst impulses and finds that he is his own greatest enemy? What about the man who made many foolish choices in his past and it takes him five years to work to pay them off? “Grow up” may be a good thing to tell someone when he thinks about slacking off and not working hard, but if they are banging their head against a wall, it will only lead to despair.

Now, thinking about the above scenarios would drive Peterson to tears, and I mean that literally. He has great empathy and compassion for young men who are struggling. His desire is not to beat young men up.

Let’s think about another downfall of “grow up” as being a better story. What about the man who succeeds? What if he has been a slacker his whole life long, hears “grow up,” musters up the willpower to act on it, and then becomes a strong, competent adult? Then he will face the overwhelming temptation to be arrogant, overbearing, and contemptuous towards those who cannot do the same. A great example of this is the “manosphere” and those who claim to have taken the “red pill.” They talk about their decision to grow up and become a man with evangelistic fervor, and every man who doesn’t measure up is a “beta male” and a loser.

In both cases, the outcome is immanently undesirable. The man driven to despair and the man filled with arrogance have both bought into an inferior story that cannot ultimately change them at the root of who they are.

What is the Better Story?

There is a better story. It begins with men and women, made in God’s image and living in paradise, throwing it all away by believing and acting on a lie. Everything in the world is hard because of Adam and Eve’s fall into sin. Work is futile and frustrating. Childbirth becomes a painful ordeal. Relationships experience strain, miscommunication, and mistrust. The worst part of it is that curse that came because of the fall is not just external; we have broken and sinful hearts that are fundamentally incapable of changing on their own.

Then, God’s own Son enters the story. There were hints that he would come from the very beginning. Even in the garden, God proclaimed that the seed of the woman would crush the head of the serpent. He came and lived the life that none of us lived. He obeyed perfectly at every point and never disobeyed in any of the ways that we do.

Then, something unexpected happened. The only perfect man who ever lived died as a criminal, yet he did not die as a helpless victim. He willingly gave himself over to death. He died bearing the weight and the penalty of our sins in his own body. Christ paid the debt we owed to God that his wrath might be turned away from us. Then, the Father raised the Son victoriously from the dead.

People experience real change through faith in the death and resurrection of Jesus. Through faith alone, we are forgiven by God and experience new life. He changes our hearts and makes us new people through work of the Holy Spirit in us. The change is startling and the effects of this better story become readily apparent.

Let’s go back to the man who needs to grow up. This is a good and right thing for him to do. The Bible calls men to moral courage, hard work, and responsibility. For the man who has believed the better story, God empowers him to grow up to maturity. He grows into maturity not just on a physical or emotional level, but from the heart. The Gospel, this better story, changes people’s character and makes them new at the most basic level. The Gospel has something to say to men that pure gut effort can never say– here is who you need to be, and you don’t have to do it on your own. Your Father, through the Holy Spirit, will give you all the resources you need to mature.

The story of the Gospel holds out great news for men who struggle on the road to maturity. Our Father does not love or value us based on our level of maturity. He delights in and loves his people where they are right now. He does not love some fictional future version of us who finally get it right. Our sense of approval comes not because of our successes, but through the Father’s love.

The story of the Gospel produces mature men who are not puffed up with pride, but who exude genuine humility. When a man believes the Gospel, even when he grows up and takes responsibility for himself and others, he does not think he did this on his own. Because he knows himself and his God, the mature man gives glory to God for his maturity because he knows that he works from a strength that he does not naturally possess. This causes him to treat other people with kindness and empathy rather than contempt. He knows where he would be apart from God’s grace and seeks to help struggling men rather than lording his strength over them.

The Better Story for a Better Life

I appreciate Jordan Peterson’s common-sense call to take responsibility for our lives. We need to hear that we should stop criticizing other people when our own houses are not in order, that we should tell the truth, and that we should approach life with a mind geared towards action. These are good things and they have roots in God’s word, but when approached with the wrong story operating in our hearts, will produce despair or pride. The Gospel is a better story. It gives us better approval, provides a better strength, and produces a better disposition towards ourselves and others.

Related Posts:
“How to Grow in Humility“

“The Best Quotes from God’s Wisdom for Navigating Life“

For Further Reading:
Acedia and Its Discontents by R.J. Snell

God’s Wisdom for Navigating Life by Tim and Kathy Keller 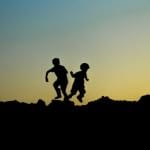 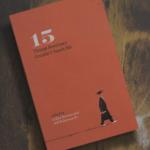 April 1, 2018 The Best Quotes from 15 Things Seminary Couldn't Teach Me
Recent Comments
3 Comments | Leave a Comment
"OOMMGG!! I never could figure it out until you said the reasons you liked a ..."
Jaime Lopez Ortega Why I Switched from a Digital ..."
"God also blesses us when we take measures to extricate ourselves from trouble."
Karen Silver How Do I Know that God ..."
"I never heard any of these sermons but I am sure they were shallow and ..."
Kostya2 How to Prepare a Sermon When ..."
"Read the news if is it was political propaganda."
bill wald How to Read the News Wisely
Browse Our Archives
get the latest from
One Degree to Another
Sign up for our newsletter
POPULAR AT PATHEOS Evangelical
1

Why Churches Go Woke: They Deny...
The Chorus In The Chaos
Related posts from One Degree to Another