Timothy Ferris concludes his book on cosmology, The Whole Shebang, with a “Contrarian Theological Afterword.”  Here, he writes that if God is omnipotent, then He must have free will.  And if so, He was free to make the universe in any conceivable way.  But if God was constrained in some way in making the universe, for example if He could only make it in the most reasonable way, or a way that promoted human existence, then God can’t be all-powerful.  To punctuate his argument, Ferris quotes the philosopher Keith Ward: “The old dilemma – either God’s acts are necessary and therefore not free (could not be otherwise), or they are free and therefore arbitrary (nothing determines what they shall be) – has been sufficient to impale the vast majority of Christian philosophers down the ages.”

Well, only if you insist God must be omnipotent.  I’m not a theologian, but a quick search for the “omnis” in scripture (omnipotent, omnipresent, omniscient, omnibenevolent) showed that omnipotent appears only once in the Bible: in Revelations 19:6, “Alleluia, for the Lord God omnipotent reigneth.” (Words made famous by Handel.)  Omniscience, omnibenevolence, and omnipresence don’t present any problems for me (although, being a Mormon, I’d attribute omnipresence to the Holy Ghost, not to God himself).  But if omnipotence means God can make anything happen at any time, then I agree with Kevin Ward that this is troubling, because it can’t easily be reconciled with God’s omnibenevolence.

A general statement of this problem of theodicy can be found in The Oxford Bible Commentary: “The assertion of God’s omnipotence underlies all theodicy; if God controls human action, then human evil itself must originate in God.  Negating this conclusion requires a limiting of God’s omnipotence….The problem is as old as the book of Job and remains as intractable” (Barton and Muddiman, 1101).

I think the solution to this paradox is agency.  Not in a God-given agency, but an agency that is sovereign unto itself.  In the Pearl of Great Price, God tells Abraham that human spirits are eternal in nature, meaning that since they have no beginning, God could not have pre-dated them, or created them.  According to Doctrine & Covenants 93:29,

“Man was also in the beginning with God.  Intelligence, or the light of truth, was not created or made, neither indeed can be.  All truth is independent…to act for itself, as all intelligence also; otherwise there is no existence.”

So if human spirits/intelligences have an inherent ability to act for themselves (agency), then agency is not a God-given thing.  And if omnipotence includes an ability to control the action of other beings, then God is not omnipotent.  As far as I know this idea of human intelligences being co-eternal with God is uniquely Mormon, and without taking the above scripture into account, it doesn’t seem possible to resolve the theodicy paradox.  If anyone knows of other religions or Christian faiths that have this doctrine, I’d be interested to learn of them.

I also believe the physical laws of the universe are sovereign unto themselves.  I don’t have any evidence to back this up, it’s just my sense of things.  I don’t think God could have significantly varied in the way He made the universe and still have it turn out the way it did – able to support human life.  Our physical environment is too pitch-perfect to be in any way arbitrary or random.  This is another thing that would limit God’s omnipotence, I suppose.  But to the salvation of His benevolence.  If the earth has a kind of agency, founded in the physical laws of the universe, then when natural disasters and illnesses plague us, we can’t blame God.  It’s the universe acting according to its nature.  God is a resource to us in difficulties like these, but not the source of our pain.

I don’t mean to reduce God’s power to meaninglessness, however.  I think God’s power is real, and in relation to us, awesome.  Paul wrote in Romans 9:21,

“Hath not the potter power over the clay, of the same lump to make one vessel unto honour, and another unto dishonour?”

The potter has power over the clay, not the reverse.  And so it is with God and humankind.  We depend on the gifts He gives us to become the vessels we hope to be.

Latter-day Saint
Is Strong AI Possible? Mormonism Says No.
One Eternal Round

Latter-day Saint
Quotes of Note- George Q. Cannon on Doctrine...
One Eternal Round

Self-Caregiving: How Not To Get “Burned Out.”( VIDEO...
Selfcaregiving- To smile your way through cloudy days is much the wisest... 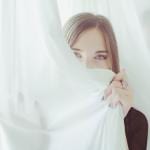 Coronavirus: 6 Steps to Feeling Less Afraid
Are you afraid? Me too. It’s hard not to be fearful during...
view all Latter-day Saint blogs
What Are Your Thoughts?leave a comment
Copyright 2008-2020, Patheos. All rights reserved.