Easy Bible History for Dummies, with an excursis on why Persia is so much less threatening than Iran

Right about now in Gospel Doctrine classes, everyone should nearing the Divided Kingdom stories, when Jereboam breaks off and takes 10 tribes with him, and we get two Israelite kingdoms (Israel and Judah) with two Israelite kings (Reheboam and Jereboam.)

And coincidentally  right about now, it gets darn hard to keep everyone straight. Instead of one  story, we’re now switching back and forth between narrative of the northern kingdom and narrative of the southern kingdom, like in Lord of the Rings where you have multiple groups to keep track of. Worse, actually, because kings get replaced left and right, there’s a series of prophets with odd names in the north and south, and frankly even for Bible nerds and academics, it’s hard to maintain a good mental picture of who’s who and when. And frankly, I’m not going to try on the Israelite side. (Here’s a chart of the kings, dates and passages from the Institute manual. Here’s one with more data and colorized according to empire, not sure where I got this from.)

On the international scene, though, this is the time we start to hear about some of the other big players. We’ve encountered Egypt before, and will again (KJV “Shishak“/Sheshonq invades the S. Kingdom of Judah around 920 and ransacks Solomon’s temple, 1 Kings 14:25.) Egypt is pretty hard to confuse with any other nation though. No one ever says, “I was in… Egypt? Or was it Sweden? I confuse the two.” Why not? Egypt has these 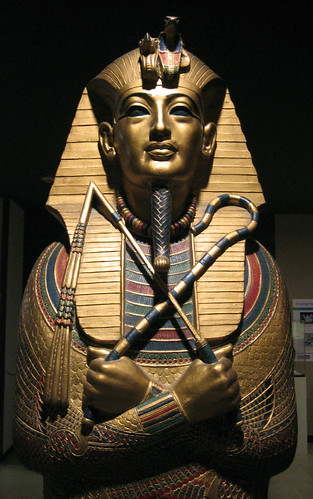 plus that whole Bible Exodus/slavery thing, brought repeatedly to public knowledge by Yul Brynner, Anne Baxter and “Mozez.” Or Prince of Egypt.

But when we come to the Assyrians, Babylonians, and Persians, no one can really tell them apart, or know when they were around and important.

So, here’s what I do with my Institute classes.